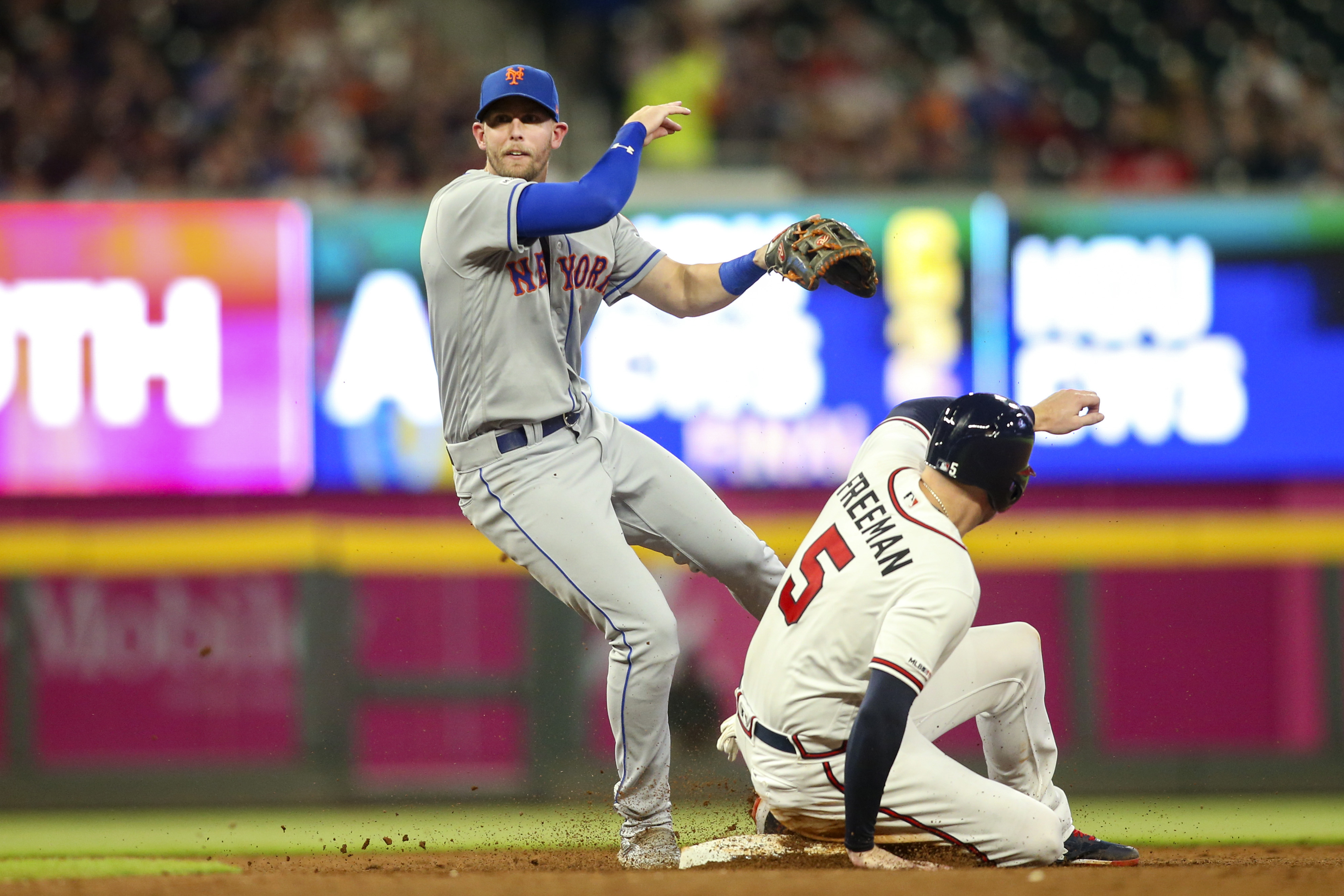 The good news is that Jeff McNeil’s hamstring injury should only have him miss the minimum amount of time. The other news is that taking his place for ten days is somebody you’ve heard of:

Jeff McNeil is headed to the IL with what was termed as a mild left hamstring strain. Ruben Tejada will be activated.

Tejada was hitting .330 in Syracuse, so he’s certainly earned a look. I wonder if Dilson Herrera would have been a better play as he has played a little outfield and has a little more pop (22 HR’s in Syracuse this year), but the fact that this could only be a ten day stint is encouraging.

This will sound strange, but if there was ever a time for McNeil to get injured, this was it. They’ll have to win one of the next two against Atlanta, but after that, they have three in Kansas City and the Royals are a team they should beat two out of three even without McNeil. Then the Indians come to town red hot, and the Mets probably were only going to beat them once anyway. So unless they totally spit the bit against Atlanta and Cleveland, McNeil’s abssnce probably doesn’t make a whole lot of difference. Better now than the week they go to Philadelphia and Washington.

What this does mean is that Amed Rosario will be a very important figure in the leadoff spot over the next ten days.