Amed Rosario continues to shine for the New York Mets 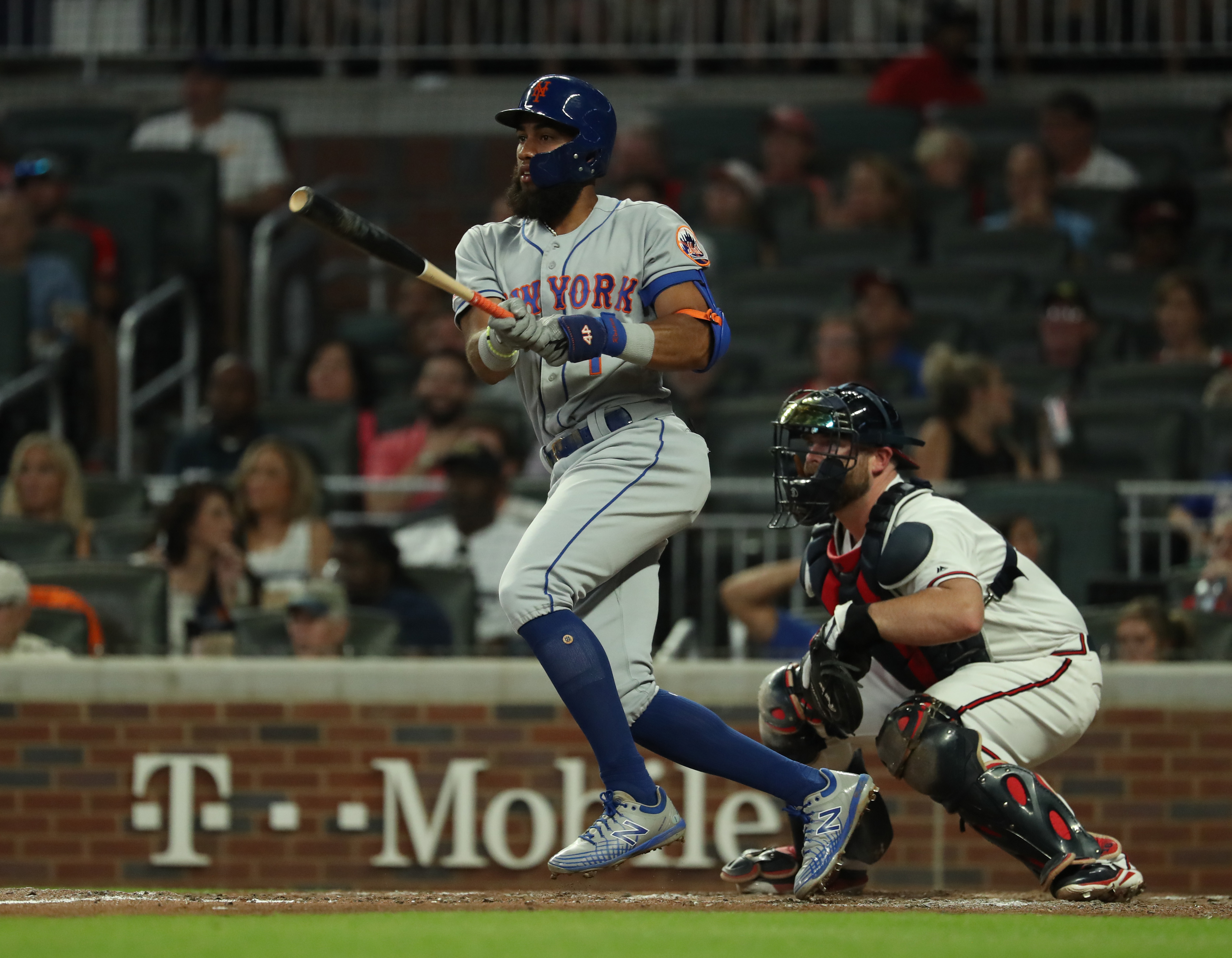 Amed Rosario continues to shine for the New York Mets

The biggest star of the New York Mets’ big win last night was Pete Alonso, who had a career night. Alonso had five hits, including a big three run homer, and drove in six runs to help the Mets top the Atlanta Braves 10-8. Lost in the shuffle of Alonso’s brilliance was the fact that one of his teammates also picked up five hits on the night. Shortstop Amed Rosario, who has been elevated to the leadoff spot with Jeff McNeil on the injured list, went 5 for 6 and scored four runs to continue his breakout second half.

After his big night, Rosario is hitting .289 on the season with 12 home runs, 50 RBI’s, and 14 stolen bases. That is the kind of offensive versatility the Mets were salivating over when he was rated as the top prospect in baseball a couple of years ago. It has been a slow development for Rosario, who has had his fair share of struggles at the major league level, but everything appears to be coming into place now for the 23-year old.

Rosario has really elevated his game in the second half, batting .366 with three homers, eight RBI’s, and posting an outstanding .948 OPS. That kind of elite production could make a major difference in the Mets’ lineup, especially when they have been down key contributors like McNeil and Robinson Cano. Rosario has also gotten better defensively, a big development since there was a school of thought in the first half that Rosario’s best long term fit with the Mets would be in center field. The Mets have worked hard with Rosario to improve his defense, with third base coach Gary DiSarcina spending a lot of time helping Rosario work on his positioning to get to the ball more efficiently.

If Rosario’s breakout continues for the rest of the season, the Mets’ chances of sustaining their playoff push dramatically increase. Alonso and McNeil have essentially carried the offense for most of the season, but if Rosario can take some of the burden off of them it will do a lot to balance the Mets’ attack. Rosario still has plenty of room for growth as he hasn’t even hit his prime yet, and that should be an exciting development for the Mets and their fan base.