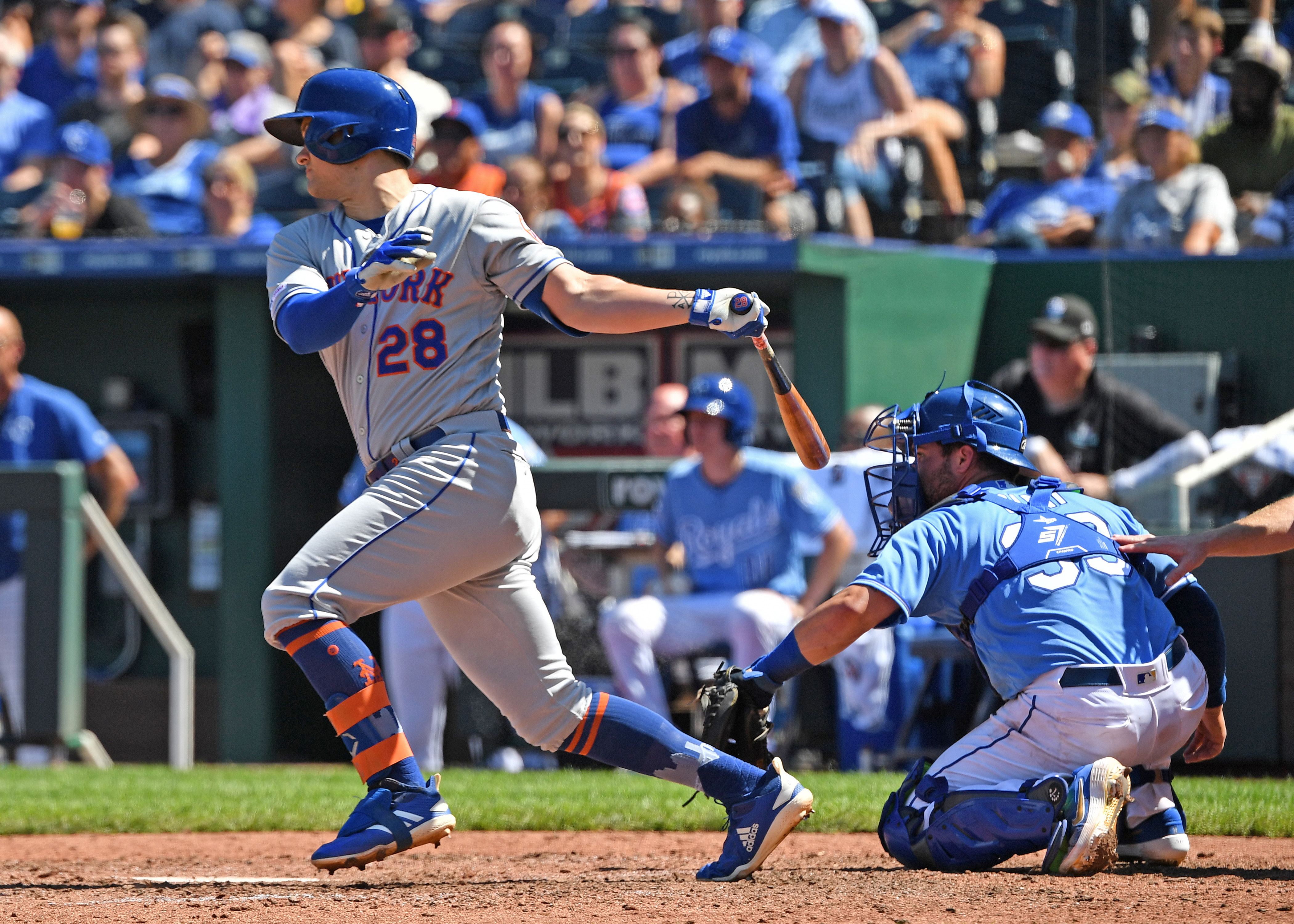 Losing two of three to Kansas City would have been disastrous. After Michael Conforto hit one to Lenexa to make it 3-0 in the first, the Royals chipped away in the 4th and 5th off Zack Wheeler to take a 4-3 lead and make a lot of people very nervous around these parts. But a huge 7th inning sparked by J.D. Davis’ game tying pinch hit single and Amed Rosario’s two run single to give the Mets the lead for good and sent them on their way.

Pete Alonso added a double,  Conforto, and Wilson Ramos added singles to top off the 7th and allowed the Mets to comfortably experiment with putting Rosario in left field for three innings and keep Davis from playing the field with his tight calf. Rosario handled a fly ball cleanly, but looked very much like an infielder doing it. While I hope this isn’t necessary for much of the rest of the season, it worked out just fine for thid game and it didn’t keep Rosario from extending the lead with an RBI double to give the Mets a 10-5 lead and end all hope. Perhaps there’s a roster move coming up if Davis can’t answer the bell on Tuesday, but hopefully that won’t be necessary and Juan Lagares won’t have to lend out his glove to anybody the rest of the way.

(In other words, it worked once in a blowout … let’s not push it.)

Jeurys Familia pitched two innings to earn the win and wasn’t terrible. He pitched a scoreless sixth and gave up a run in the 7th after the Mets had already blown it away. Maybe it’s too much to ask for Jeurys to be 2015 Jeurys but his last few outings have at least been a good sign that he can help to keep the bullpen stabilized down the stretch.

Pete Alonso put the exclamation point on the proceedings with a long home run in the ninth and set the N.L. rookie record for most home runs in a season. He’s now one away from the Mets record of 41, held by Todd Hundley and Carlos Beltran. Most importantly, the Mets came away with an 11-5 win and kept on pace with the playoff road map. They have nine coming up with the Indians, Braves, and Cubs starting Tuesday. I have them picking up 4 out of 9 which means that a winning record over the next nine at home, which certainly isn’t out of the question, it would set them up very well to finish ahead of 84 wins and give them a good shot at that second wild card. The fact that the Mets are going into August 20th with that hope still intact is amazing, and a testament to the talent in the room.