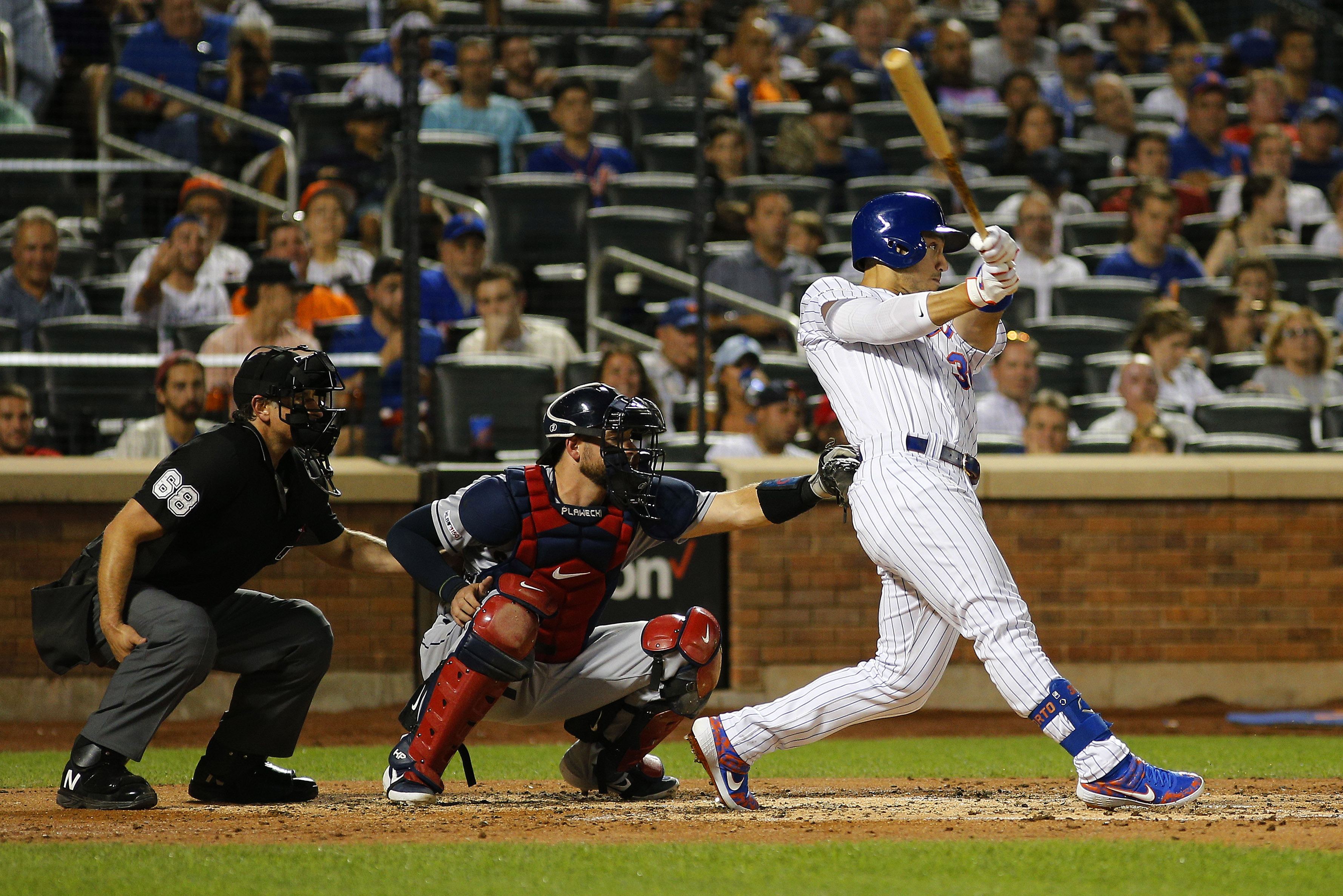 The New York Mets (67-60) just keep on rolling. After completing a series sweep of the Cleveland Indians last night in a rain-shortened game, the Mets have won five in a row and are a season high seven games above .500. The Mets will look to keep the good times rolling as they continue their homestand with a weekend set against the first place Atlanta Braves (77-52). First pitch for the opener is scheduled for 7:10 p.m. at Citi Field.

The Mets will send righty Jacob deGrom (8-7, 2.61 ERA) to the mound today. deGrom was dominant against the Kansas City Royals last Saturday, allowing one run in seven innings to pick up his eighth win of the year. The Braves will counter with left hander Mike Foltynewicz (4-5, 6.09 ERA). Foltynewicz didn’t get too far in his last start, allowing two runs in 4.2 innings against the Los Angeles Dodgers last Saturday. The Braves ended up winning that game 4-3.