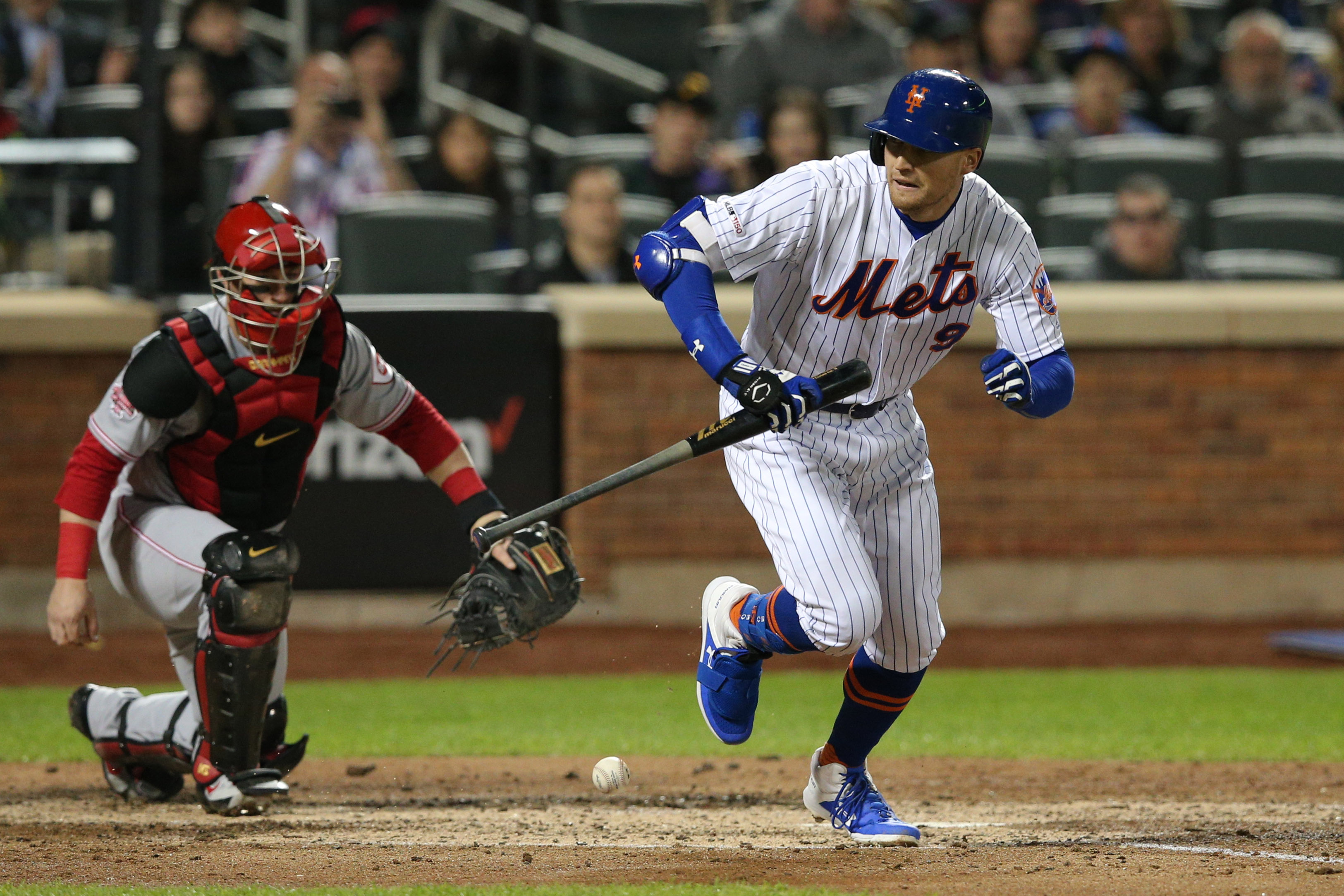 2019 should be the last year of the utter lunacy that is September roster expansion. For the most important games of the year, baseball allows teams to expand their active rosters from 25 players all the way to 40, allowing playoff bound teams the chance to add some big reinforcements to their bench and bullpen. The Mets are one of those teams this season, and they stand to gain some valuable pieces once September 1 passes. Here are a few of the players who could be a help for the Mets down the stretch.

Nimmo is currently the closest of the injured Mets to a return, with his rehab assignment up to AAA Syracuse. The Mets want to see Nimmo play consecutive games in the outfield before he is activated, something that could happen in the next few days. Given the urgency of their situation, Nimmo could be back before September 1, but at the latest he will be activated by then.

Lowrie is another guy Mets’ fans have forgotten about, but he could well be a factor for the team down the stretch. The Mets have sent Lowrie out on a rehab assignment, and he finally began playing the field again over the weekend. Considering the amount of options the Mets have on the infield right now, don’t be shocked if Lowrie’s assignment lasts longer to try and get him into game shape.

We’ll lump these two together because they are also possibilities for later in the month, with Cano surprisingly taking live batting practice and running in recent days. Smith hasn’t done any baseball activities since suffering a stress reaction last month, but he should be re-evaluated soon. Getting either guy back would be a huge boost for the Mets’ depth.

Most teams usually add a third catcher for September, and that should be Nido once he returns from the injured list. Rene Rivera would have been on this list if he hadn’t been added once Nido suffered a concussion on a back swing from Josh Donaldson on Friday night.

The Mets should add a swing man in the form of Walker Lockett, who can give them an extra starter in the event someone misses a turn or doesn’t get deep in a game. Ervin Santana could be in the mix for this as well, but he would need to be added to the 40 man roster.

Bashlor was notably effective at times for the Mets this season, and he should be a priority call up once rosters expand to add another arm to the bullpen.

The Mets could add Zamora, who shined in September last year, as a third lefty to complement Justin Wilson and Luis Avilan in the bullpen.

The Mets could also look to Hart to fill another role in the bullpen, adding more lefties to combat the likes of Bryce Harper down the stretch.

They all fill the same type of swingman role that Lockett does, but none have been particularly successful at the major league level this year. Expect the Mets to add a few of these guys anyway to give Callaway more options for the bullpen.

Hanhold really hasn’t had a big league shot yet, getting virtually no big league action in a few call ups, so he could get a cup of coffee here to eat some innings if the Mets are in a blowout situation.

Nogosek has been up with the Mets a few times, but he hasn’t been notably effective, so he is probably the least likely player on this list to get the call after September 1.