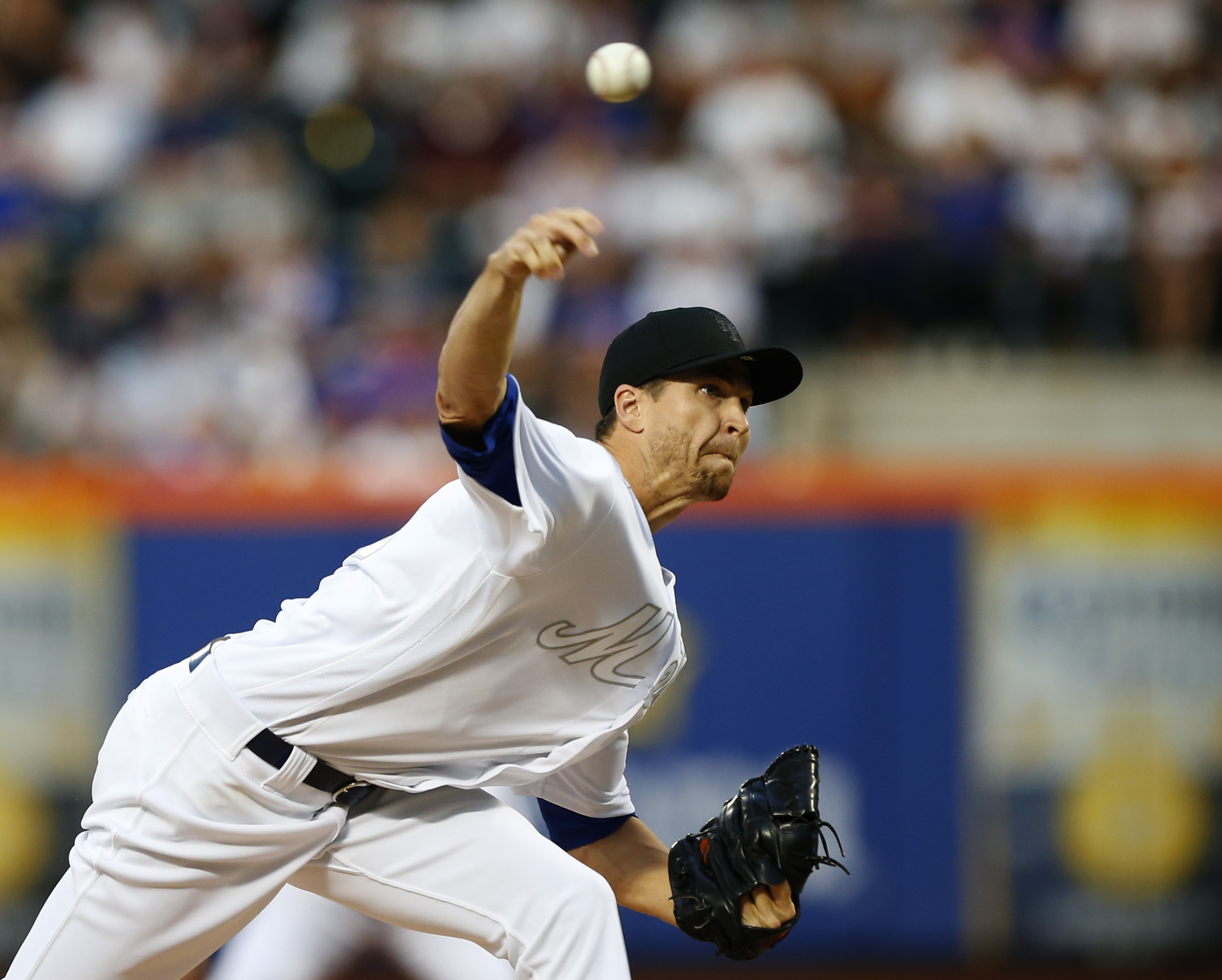 It may be hyperbole to call a regular season game the biggest for anything, but tonight’s start might be the biggest of Jacob deGrom’s regular season career to date. The New York Mets are in some serious trouble right now, dropping five games in a row to fall four games back of the Chicago Cubs for the second wild card spot in the National League. A sweep would drop the Mets five back of Chicago with just 30 games to go, a tough deficit to overcome, while a win would trim it back to three. That makes the task ahead of deGrom one of the utmost importance.

The Mets looked lost against the Atlanta Braves over the weekend, and their bats looked flat in the opening loss to the Cubs. Last night saw the Mets show some fight, rallying from a 10-1 deficit to make things interesting by getting the tying run to the plate in the ninth, but Noah Syndergaard’s poor performance was simply too much for the Mets to overcome. The Mets absolutely need their ace to step up and deliver a win for them tonight, and deGrom is certainly capable of it.

deGrom was on the mound when the losing streak began, but that was hardly his fault. The Braves couldn’t touch deGrom, picking up only one run in seven innings while whiffing 13 times, and deGrom even homered to leave the game tied at one. The Mets’ bats couldn’t pick him up and wasted numerous opportunities in a 14 inning loss. That can’t happen tonight, and deGrom has shown time and time again that he is up to the task of a big moment. If Mets’ fans could have their pick of which pitcher they want on the mound in a do-or-die moment, they would choose Jacob deGrom. It’s tough to call August 29th a do-or-die game for the Mets, but if deGrom doesn’t deliver the Mets’ magic carpet ride may come to an unfortunate end even before September begins.