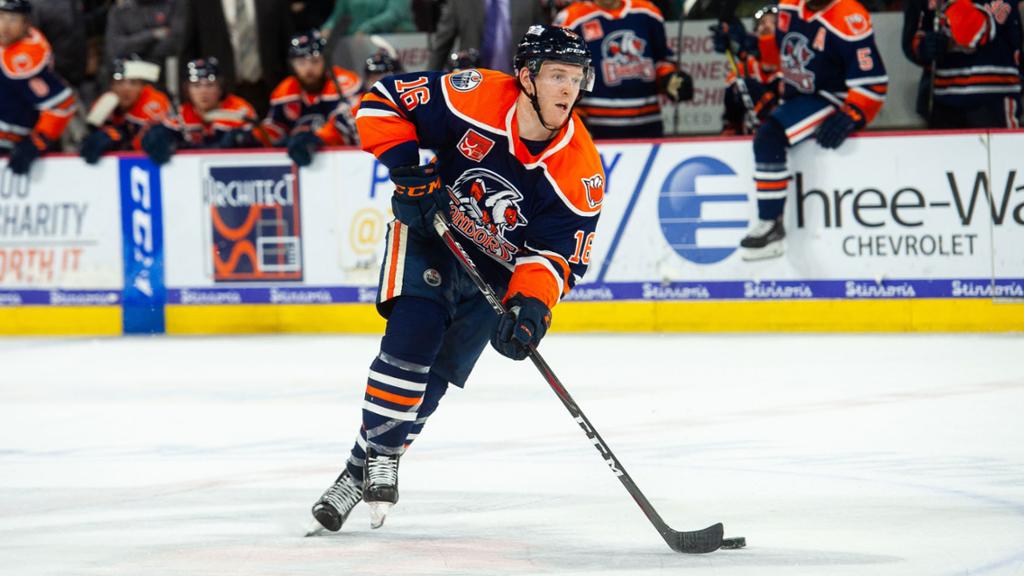 It certainly seems like James Neal will start his Edmonton Oilers career on the right wing. If that is in fact the case, it makes the roster picture a little clearer. Expectations are that the top line will feature Connor McDavid centering Leon Draisaitl and Zack Kassian. That leaves Ryan Nugent-Hopkins to anchor the second line. If Neal is to play right wing, it is almost certainly to be on Nugent-Hopkins’ wing.

That leaves one spot, realistically, open in the top-six. There are plenty of candidates for the job, which will be won over the coming weeks during main camp and preseason.

The problem? None of the candidates are exactly proven.

The Oilers will need skill in this position, of that there is no doubt. Unfortunately there aren’t many candidates who are a perfect fit. Players like Tyler Benson, Sam Gagner and Cooper Marody all have the necessary skill, but all come with red flags.

Veteran options like Alex Chiasson and Jujhar Khaira could fit, but neither has a proven track record of providing the needed offense.

The Oilers need a player who can chip in 30-40 points, not be a drag on possession and ideally help on one of the powerplay units.

Tyler Benson: A terrific rookie AHL season has Benson knocking on the door of his first NHL stint. A dynamic playmaker who saw his goal scoring spike in the second half, Benson shined on Bakersfield’s top line a season ago.

His 66 points were good enough for second in rookie scoring and eighth in overall league scoring. An impact offensive player in the AHL, the biggest question marks here are speed and health. Benson should eventually settle in as a second line forward.

Jujhar Khaira: Khaira brings the power forward element to a potential second line, which could be valuable. He’s strong on the forecheck and can retrieve pucks, which has value. He’s also solid defensively and posted solid possession numbers with Nugent-Hopkins a season ago.

The problem here is Khaira has never scored enough to hold this role. He finished with 18 points a season ago, scoring just three goals. His career-high of 21 points (eleven goals) isn’t good enough to cut it either.

Alex Chiasson: Chiasson scored 22 goals a season ago, won the hearts of Oilers’ fans everywhere and then signed a two-year deal to return on July 1st. Chiasson, even after that season, shouldn’t be considered for top-six work.

Why? Chiasson did his damage on the powerplay, where he scored 8 of his 22 goals. He managed 13 even strength goals, but was largely ineffective after Christmas in the game state.

His poor possession numbers (46.1% Corsi For, -3.3 Rel) and large powerplay numbers indicate a decline is coming. He’s fine in a depth role, but it would be a risk starting him on the second line.

Cooper Marody: Marody finished third in AHL rookie scoring with 64 points, two behind Benson. Skating has been an issue with Marody, but he did show well in limited minutes with the Oilers a season ago.

He has the skills and versatility to be a solid complementary forward, but will need a strong preseason showing.

Gagner can help on the powerplay, can take right-side draws and has the ability to play both center and wing. The issue? His defensive game is a mess and he’s better served in a depth offensive role as opposed to a featured one.

This is a tough one because all of the candidates have both pros and cons. Personally, I’d give Benson every chance to win the job in camp. Having a young player fill that hole could give Edmonton another value contract and could provide a long-term solution. I believe in Benson.

My money is on Chiasson winning the job, however, with Neal shifting back to left wing. The Oilers value Chiasson and his 22 goals a season ago give him the upper hand. This is a job that is likely to change hands many times this season, but the smart money is on Chiasson getting the first opportunity.