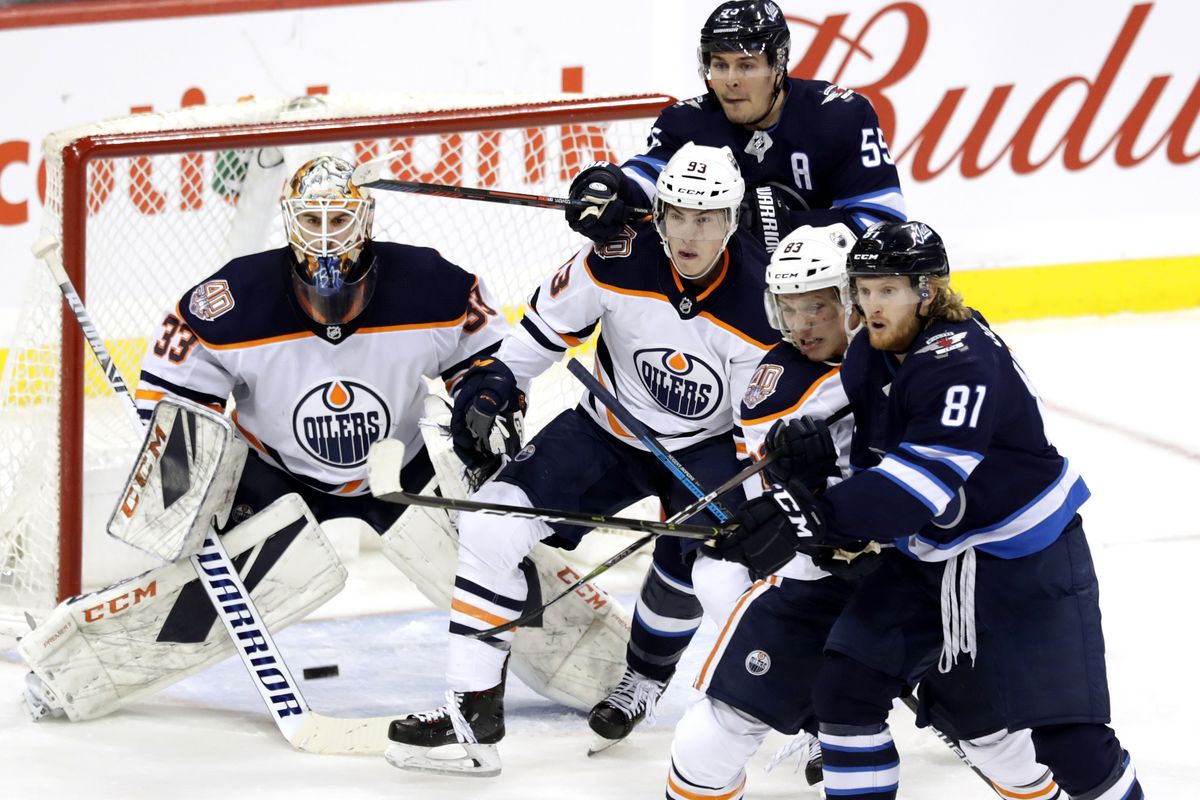 Ladies and gentlemen, real hockey is BACK. The Edmonton Oilers will open their preseason slate tonight at Rogers Place against the Winnipeg Jets. The tilt kicks off a preseason schedule that will run through September 28th. It’s the first of a back-to-back set for the Oilers, who will send a group to Vancouver tomorrow night to battle the Canucks.

Interestingly enough, the Oilers will roll out a largely veteran group tonight. Dave Tippett appears to be starting the NHL roster evaluation process early, meaning we should expect to see some cuts relatively quickly. The Oilers sent junior eligible F Raphael Lavoie and G Olivier Rodrigue back to the QMJHL last night.

The lines and pairings will be interesting to watch tonight. We’ll see two key battles take center stage, as Tippett will roll out his second line and second defensive pairing. It is worth noting who is getting the first shot at each spot.

Skinner will start and play the first half of tonight’s contest, while Dylan Wells is expected to play the second half. Skinner and Wells are competing for the backup job with the AHL’s Bakersfield Condors.

Comrie will start for the Jets tonight, while Mikhail Berdin will back him up. The Jets have not announced a timeshare in goal, so the expectation is Comrie will go the distance.

Joel Persson and Sam Gagner are on the clock. Persson gets the first crack at the second pairing role next to Klefbom. Persson’s mobility and offensive chops make him a good fit on paper. Now we’ll see if he and Klefbom can build some chemistry on the ice.

Gagner will play on his off-wing, which is a bit of a surprise. It’s also a surprise that he is the one who gets the first look on the second line. Most people didn’t even consider Gagner over the summer when talking about this job. For all of his issues defensively, however, Gagner can provide offense.

Riley Sheahan, Josh Archibald and Jujhar Khaira will be the second line tonight, but this is a trio that could be the third line come opening night. Markus Granlund isn’t the lineup tonight, but he is another player that could fit in on this line. Cooper Marody will not play.

Colby Cave is officially on the hotseat. He’s playing on the ‘extra’ line in this game, indicating that his spot on the roster is not at all safe.

Other things to watch: Caleb Jones and Matt Benning could easily be a pairing in the regular season. Both are mobile defenders with a strong track record against lesser opposition. Evan Bouchard will be worth your attention as he fights for a roster spot. Alex Chiasson is starting on what appears to be the fourth line. That contract is more mind-boggling by the day.

Puck drop is at 7:00pm and the game can be heard on 630 CHED in Edmonton. The game will air on TSN3, and can be seen on NHL Game center outside of the Edmonton and Winnipeg markets.