Farewell To Your Flu Ridden City 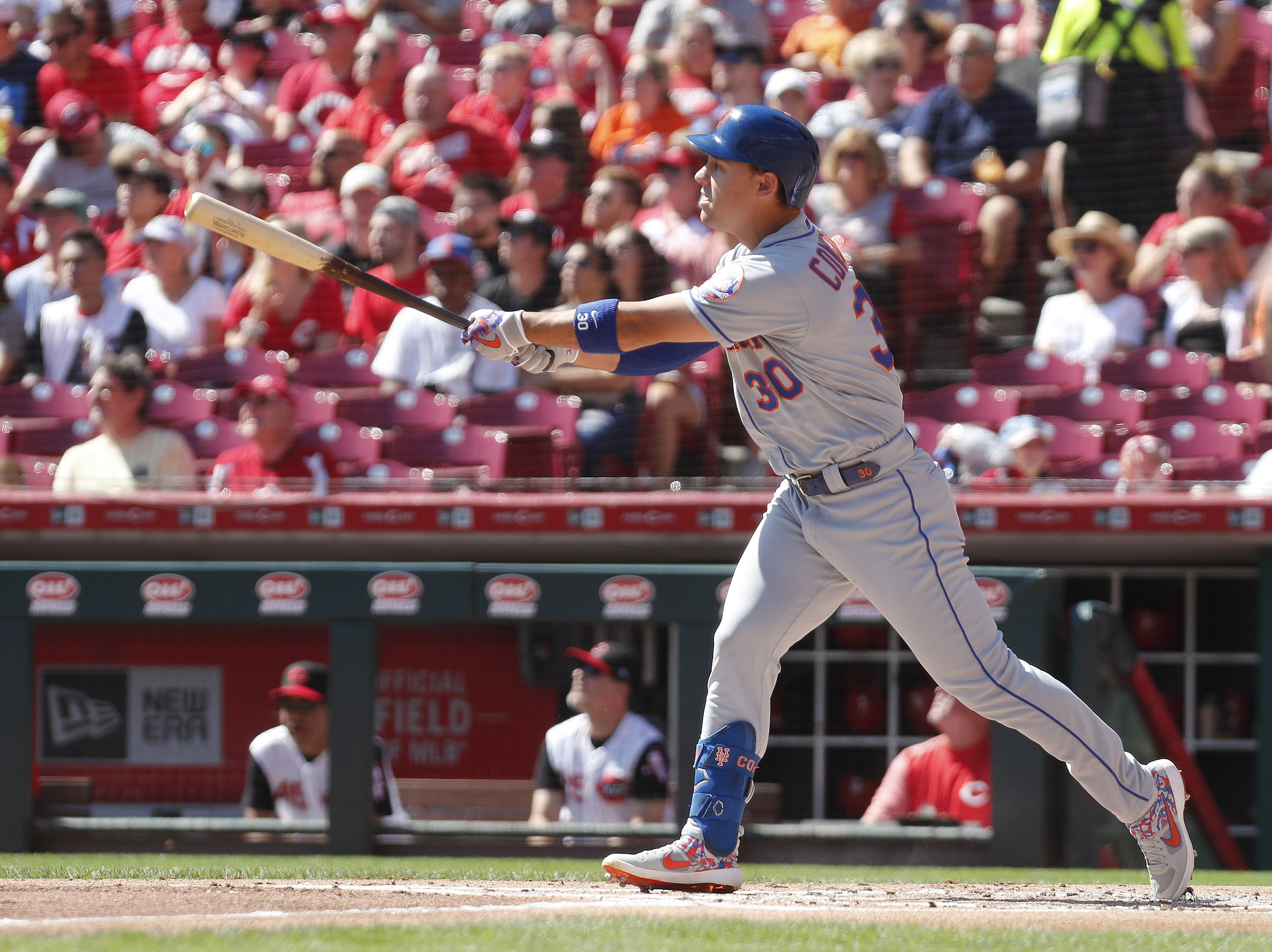 Farewell To Your Flu Ridden City

Michael Conforto is going to be one of those interesting off-season storylines … even if it’s completely fabricated by us. We know we’re going to hear a ton about Noah Syndergaard and Zack Wheeler. Will the Mets sign Syndergaard long term? Or will they trade him and sign Wheeler for their fourth starter? But the conversations in the underground (Twitter) have already started about whether it’s worth it to use Conforto as a piece to improve in 2020.

Not to get too far into it, but the Mets could probably make zero moves in the starting lineup (and maybe bench as well), and most people would find that completely acceptable.

Jed Lowrie, Joe Panik, Dominic Smith and Tomas Nido could be your bench and save for a center fielder to back up like, say, Juan Lagares at a cheaper price or a veteran who is comfortable with being a back-up, maybe Adam Jones, and few people would bat an eye. So your questions become how do you improve the bullpen, and which of Syndergaard/Wheeler do you bring back. Seems like simple stuff.

But what if the Mets wanted to do something crazy? They’d never sign a big bat as a free agent, but what if they wanted to avoid the underwhelming free agent class in center field and decided that they wanted to make a trade to get a center fielder and perhaps a legitimate bullpen piece? They’ve already said that they’re not going to trade Nimmo, so would Conforto be the piece that gets dangled? (Off the top of my head, would Conforto for Joc Pederson and a bullpen arm work?) I’m not endorsing it either way, but it’s something to watch.

This is all to lead into the fact that Michael Conforto hit a three run homer on Sunday to stake the Mets a 4-0 lead en route to a 6-3 victory. Marcus Stroman left after 4 and 2/3’s because he had caught some sort of flu in Cincinnati, where the Reds basically had to send half their team home because they had some sort of strain as well. Somebody is serving tainted Skyline Chili and we can’t stand for this, especially with the Mets about to embark on their miracle run to the playoffs as they’re four and a half back with seven to go. We have Milwaukee right where we want them, and now Marcus Stroman has to get sick. (Yeah, because that’s the difference.)

So yeah, Conforto hit a home run to help the Mets on their playoff push. (J.D. Davis and Brandon Nimmo also had home runs.) Conforto probably won’t get traded, unless he is. But for now, he’s a Met and he’s gonig to push them to the playoffs, unless he doesn’t. Life is hard.