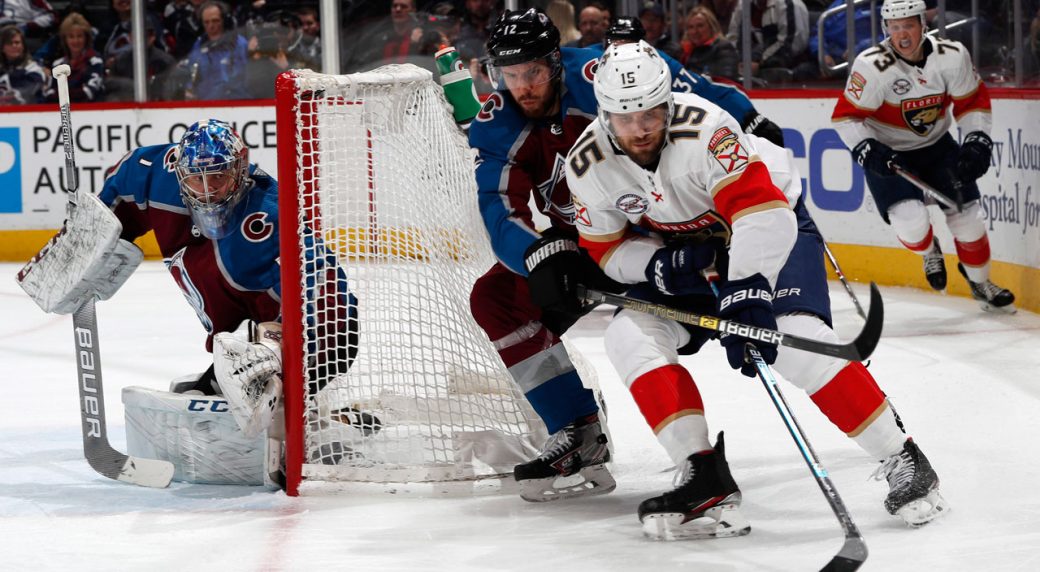 Riley Sheahan has been in concussion protocol since the club’s preseason finale in Calgary nine days ago. Sheahan missed Edmonton’s victories against Vancouver and Los Angeles, but appears ready to rejoin the roster. Already at a full 23, Edmonton will need to cut someone in order to activate the veteran pivot.

There are plenty of options, as some players have started out slow this season. Gaetan Haas barely played in the season opener, while Colby Cave has struggled mightily in two games. Patrick Russell was invisible on Saturday night, while Brandon Manning could be sent to Bakersfield without waivers. It’s unlikely Manning gets assigned, the club won’t be out east with just six defensemen, but it is a potential option.

I will admit, I’m a fan of Colby Cave. He works hard, can kill penalties and is solid in the faceoff circle. The problem is, he’s clearly been the weakest link among forwards through two games. Cave has a horrid 25.8% Corsi For through two games, posting a -2 rating to go along with it.

His line has, without doubt, been the worst for Edmonton in each of the first two games. He looks very much like a player in over his head right now. That’s disappointing, because Cave was solid in terms of possession in 33 games with the Oilers a season ago. I also thought he had a strong preseason and was poised to deliver a strong season as a depth piece.

Cave does need waivers, but it is hard to imagine that he gets claimed. Most teams have players like him in their system and won’t be rushing to put in a claim. His early season results will likely push some teams away as well.

Cave has won the hearts of many Oilers fans thanks to his work ethic, but the logical choice would be to waive him to make room for Sheahan.

Could the Oilers actually trade a player off of their roster? Jujhar Khaira’s name simply won’t go away in the rumor mill. Could the club move him in exchange for picks or a prospect, paving the way for Sheahan? It’s possible, but I’d rule it as unlikely. Khaira hasn’t stood out much since camp started in September.

The Matt Benning rumors died down as soon as Adam Larsson got hurt, and I can’t see Edmonton further weakening the defense during Larsson’s absence. Benning should be safe for the time being.

The Oilers will be better with Riley Sheahan in the lineup. He’s good on faceoffs, can kill penalties and is a proven NHL player at five-on-five. The Oilers need another veteran in the bottom-six, and Sheahan is a good fit.

Unfortunately for Cave, he is clearly the odd man out in this situation. The only thing that might be able to save him? He’s a center and Dave Tippett might want to keep five on the roster.

I suspect Cave gets placed on waivers at noon eastern on Tuesday, and that Sheahan centers Jujhar Khaira and, if healthy, Josh Archibald. They were an effective trio in the preseason and could provide the Oilers with a much needed defensive line.