Options For The Oilers To Address Struggling Bottom Six 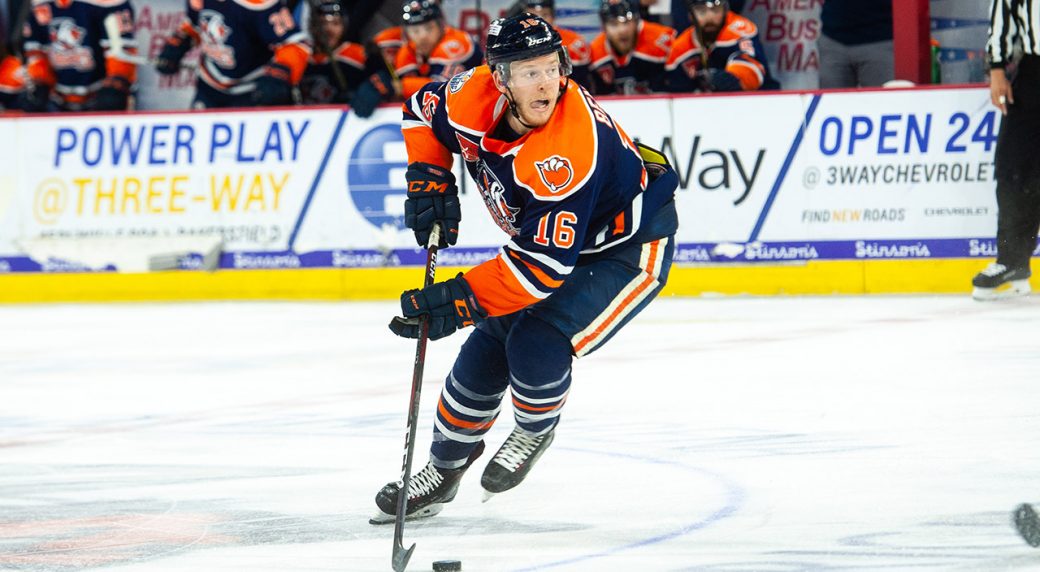 Options For The Oilers To Address Struggling Bottom Six

Yes, the Oilers penalty kill has been much better this season and players like Josh Archibald, Markus Granlund and Riley Sheahan have played a big role in that. It’s also true that those three players have a combined zero points. Jujhar Khaira has yet to register a point, ditto for Sam Gagner (only two games). Joakim Nygard is the only bottom six forward to score a goal this season. It’s been 12 games.

The Oilers sit in first place in the Pacific division and are 8-3-1 as they embark on a three-game road trip to Detroit, Columbus and Pittsburgh. If the Oilers want to keep building on their strong start and make the playoffs for the first time since 2017, they’ll need more from their secondary scorers.

Unfortunately, that might require Ken Holland to make a change to the personnel.

Holland told the media that, in an ideal world, the Oilers would keep prospects like Kailer Yamamoto, Tyler Benson and Cooper Marody in AHL Bakersfield until at least Christmas. Even the best laid plans need some adjusting. All three of these players should be candidates for recall over the next few weeks.

Here’s the thing, the Oilers can become a really good team really quickly. The James Neal addition has helped provide Edmonton with a legit second line. Right now, the bottom six is holding them back. Benson, Marody and Yamamoto can all help.

I’m a little hesitant to recall Yamamoto at this moment. I think he is the best scorer in this group, but his failed NHL stints in each of the last two seasons certainly impact his confidence. I can understand leaving him on the farm to dominate until January/February,

There really isn’t a good reason to have Benson and Marody in Bakersfield right now. Both have the skills to help the bottom six right now, while Benson’s two-way game should help offset the loss of someone like Jujhar Khaira. Marody can play center, which would allow Granlund to slide back to the wing and Sheahan down the depth chart.

Marody is 22-years-old and registered 64 points (19-45-64) in 58 games, while Benson scored 66 points (15-51-66) in his rookie campaign. The Oilers have already been patient with both of these players. Benson was allowed to properly finish his junior career and then played a full season in the AHL. Marody was allowed a similar development path at the NCAA/AHL levels.

I’d be giving both of these gentlemen the opportunity to play in the NHL. They possess a much higher offensive upside than the current group, and unlike the current bottom six they have the potential to grow and stick around for the good times.

Brendan Perlini requested a traded from the Chicago Blackhawks, but it doesn’t sound like Holland ever seriously pursued him. Perlini was dealt to the Red Wings on Monday night. There are no perfect candidates on the trade block, but there are players who could help Edmonton.

The Ottawa Senators are looking to add a forward right now and they have been in contact with the Oilers regarding Jesse Puljujarvi. Prospect Filip Chlapik could be an option. The 22-year-old Czech had 34 points (16-18-34) in 57 AHL games a season ago. He currently has one assist in two games with Ottawa this season.

He’s not perfect, but he could jump right into the NHL lineup and provide both speed and skill for the Oilers. Although it is extremely unlikely he gets moved, JG Pageau would be a terrific addition.

Peter Cehlarik has struggled cracking a deep Boston Bruins lineup. The 24-year-old skilled forward had 38 points (12-26-38) in 53 AHL games a season ago, while tacking on six points (4-2-6) with Boston in 20 games. He’s a relatively cheap option and could help. Cehlarik currently has eight points (6-2-8) in six AHL games and played Sunday for Boston.

The bets Ken Holland made this summer in the bottom six are, at best, a mixed bag through 12 games. Could that change in the next 12 games? Absolutely. We could be looking back at this in three weeks and laughing. Odds are, however, the secondary scoring will remain an issue.

The bottom six doesn’t need to be completely torn down. Sheahan has done some good things, while Archibald has been strong on the PK. When he returns, I’d like to see more of Joakim Nygard and I believe Jurco has the skill to put up some points.

There is room for improvement, however, and the Oilers have some great internal candidates that could help spark the team. Bring Benson or Marody up (or..you know…both) and let them ride in the bottom six. It can’t possibly hurt the worst secondary scoring group in the NHL.

The Oilers have a great top six. Their goaltending has been solid and the defense is growing. Don’t let the bottom six ruin this solid start. Address it, even if it is from within.