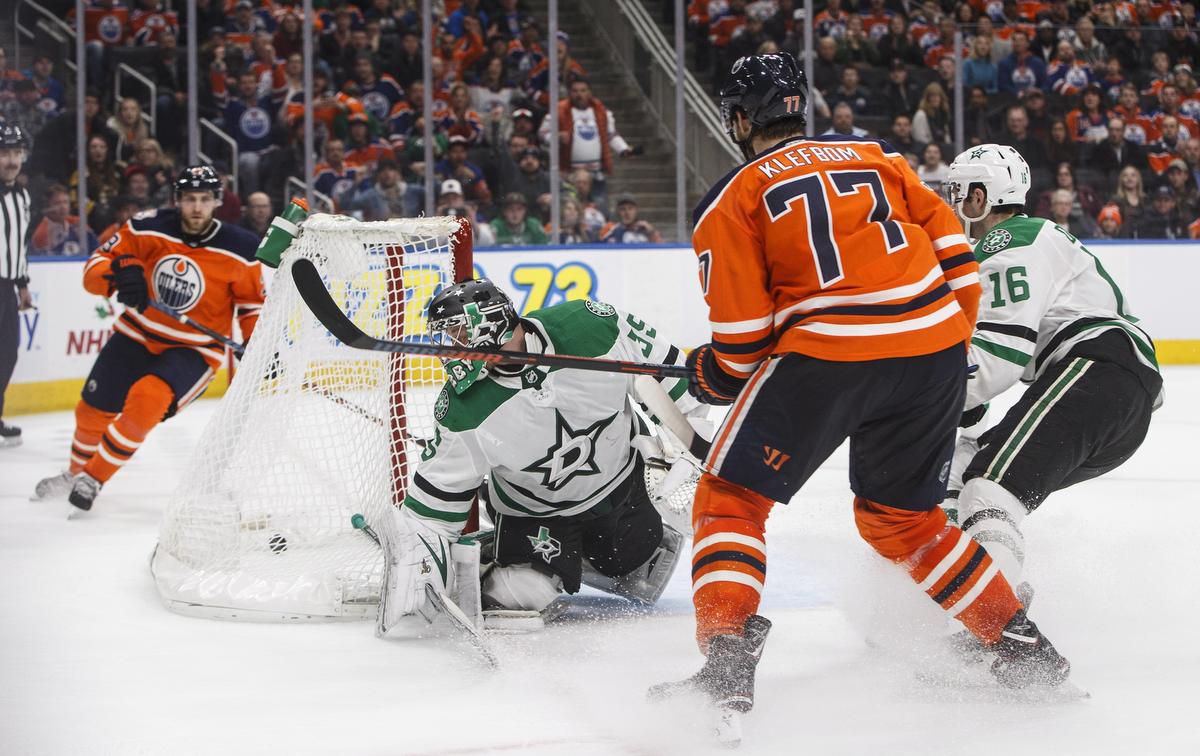 The Edmonton Oilers look to sweep a brief two-game home stand this afternoon as they play host to the Dallas Stars at Rogers Place. The Oilers are coming off of a dominant 6-2 victory over the Colorado Avalanche on Thursday, a game that saw Connor McDavid record six points.

This is the first of three meetings between the sides on the season. They’ll meet next on December 16th in Dallas before finishing the series on March 3rd in Texas. The Oilers will have their hands full with this older, veteran group.

Mikko Koskinen gets the start for the Oilers, while Ben Bishop gets the nod for the Stars.

Edmonton: Keep that same energy! The Oilers have a habit of not showing up after strong performances. They glided through the first period in San Jose on Tuesday night and got blasted as a result. On Thursday, the Oilers played yet another complete game and scored a 6-2 victory. They’ll need that same attention to detail this afternoon against a lethal Stars team.

Dallas: No track meets, play your game. I know that sounds crazy considering how much talent the Stars have, but Dallas has actually been very solid defensively under Jim Montgomery. The Stars like to play a structured game and pounce when the opponent makes mistakes. Don’t change that.

Edmonton: Josh Archibald played one of his better games on Thursday night, getting a chance to play with skilled forwards Ryan Nugent-Hopkins and James Neal. He’ll be in that spot again this afternoon, and I’ll be watching to see if he can build off of his last outing. He’s got good defensive ability and speed. Add in a little offense and we are talking about a solid player here.

Dallas: Corey Perry has routinely been a pain in the ass for the Oilers over the years. He’s now a member of the Stars, signing with the club on July 1st. Expect Perry to be a pest yet again this afternoon, and expect him to have an impact on this game. Doesn’t he always do something against Edmonton? Always bet on consistency.

Dave Tippett isn’t messing with the lines this time. Tippett is keeping the exact same group that picked up a pair of points on Thursday. That means Joel Persson, Markus Granlund and Sam Gagner will be scratched, while Brandon Manning remains on IR with a hand injury.

The Stars are dealing with a multitude of injuries currently. They are without forwards Martin Hanzal and Roope Hintz, both of whom are on IR. Andrew Cogliano and Mattias Janmark are day-to-day, while John Klingberg is out on defense. The Stars big addition this summer was Perry, but the club also signed Joe Pavelski in free agency.

A number of ex-Oilers are back in the building tonight. Andrej Sekera makes his return to Edmonton after being bought out in June, while defenseman Taylor Fedun and forward Andrew Cogliano return home. Assistant coach Todd Nelson also returns. He was the interim coach during the 2014-15 season.

The Oilers managed three out of a possible four points against the Stars last season, going 1-1-1. Oscar Klefbom scored an overtime winner in a 1-0 victory at Rogers Place last November, the club’s only win in the series. Mikko Koskinen started all three games and finished with a save percentage of .932 in the affairs.

Edmonton has been on a heater when it comes to special teams. The Oilers went 4-for-6 on the powerplay on Thursday night, while the penalty kill was perfect. Edmonton is converting 31.7% (20-for-63) of powerplay chances this season.