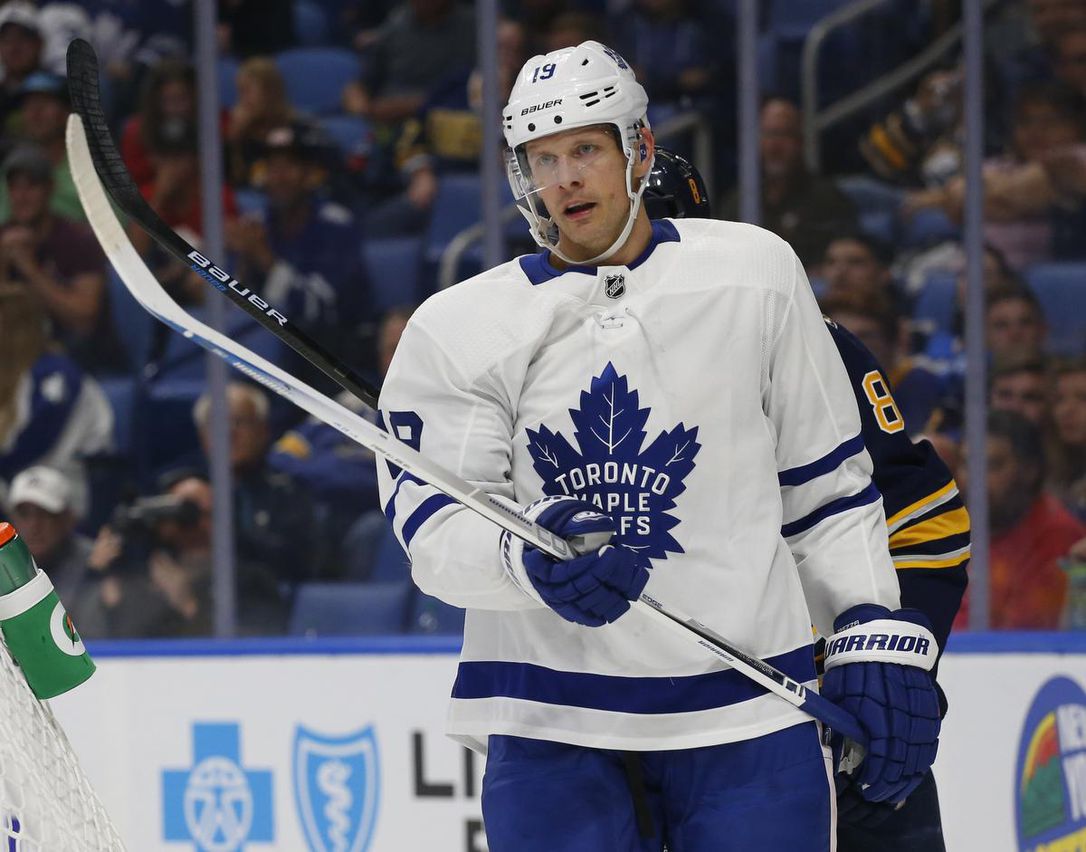 The Toronto Maple Leafs currently sit outside of a playoff spot and are in a state of disarray. The club is also looking to shed a contract and a little money off the books, meaning GM Kyle Dubas could be open for business. One player who could be on the outs is veteran center Jason Spezza.

Spezza signed with the Leafs on July 1st, but hasn’t played a big role to this point. The veteran center, per reports, is disappointed with his playing time and role. His desire to stay with the Maple Leafs has not changed, but the club’s desire to keep him may no longer be there.

What Does He Bring?:

In his prime, Spezza was a terrific playmaker for the Ottawa Senators who was a true number one center, Those days are long behind him, but Spezza does still have some offensive flash to his game. He has seven points (3-4-7) in 13 games while playing just 11:20 per night.

His possession numbers have been terrific, a 60% Corsi For (+7.3% rel) and 59.6% Fenwick For (+9.6% rel). All that has happened while Spezza has started just 42.2% of his shifts in the offensive zone. Although things haven’t been going well for the Leafs, Spezza has actually been playing well for them.

A deeper dive shows that Spezza has been a good piece, but his -3 has Leafs fans and media frustrated. The reason Toronto is leaking goals against can be explained by an extremely low PDO of 92.8. The big sinker there? A putrid 83.7% on-ice save percentage. Toronto’s goaltending has been horrid this season, and it is making Spezza look a lot worse than he is.

At $700,000 for the season, Spezza is providing good value for the Maple Leafs. As a depth center, he provides leadership and offensive ability. He should chip in around 30 points this season, which is good production from the bottom six.

Would He Fit In Edmonton?:

Gaetan Haas has shown flashes, but should the Oilers be comfortable with him as the third line center moving forward? The club no doubt is looking for another pivot, likely one to fill the 3C spot left vacant when Ryan Strome was traded nearly a year ago to the New York Rangers.

If Dave Tippett wants to run a defensive line and an offensive line in his bottom six, Spezza would be a solid fit on the offensive trio. He’d be an upgrade on Haas and could find a home on the second unit of Edmonton’s lethal powerplay.

Eventually, the Oilers will need that second group to produce on the man advantage. Spezza’s resume suggests that he could help in this area.

If Tippett intends to keep the Khaira-Sheahan-Archibald line together, Spezza could be a fit with veteran Alex Chiasson and speedy winger Joakim Nygard. That would shift Haas to a depth role.

The Leafs will eventually need to shed a contract when Alex Kerfoot returns from the IR. They recently waived Nic Petan and Martin Marincin, but eventually another body will need to be moved out. It’s very possible that the Leafs would be willing to dump Spezza for a mid-round pick.

The Oilers would need to send a contract back to make room on the 50-man list and keep their flexibility. Perhaps a fourth round pick in 2020 or 2021 with, say, Nolan Vesey’s contract gets it done. I can’t imagine Spezza having a ton of trade value, especially when teams know the Leafs are looking to move at least one contract off their NHL roster.