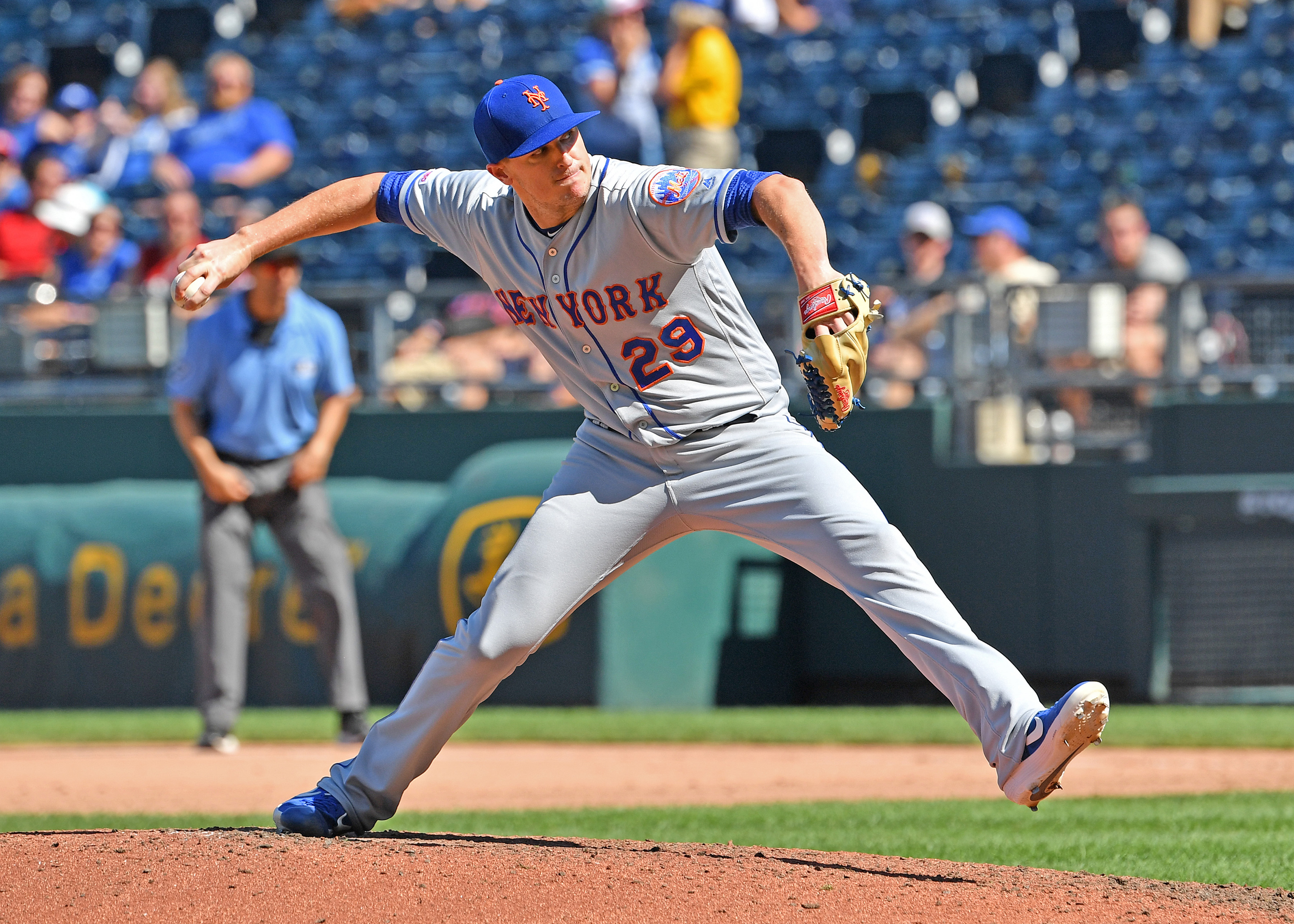 A day after trading for Jake Marisnick, the New York Mets made another minor move by re-signing relief pitcher Brad Brach. The veteran righty, who the Mets picked up after he was waived by the Cubs in August, will earn $850,000 this season, Ken Rosenthal of The Athletic reports.

The move is a shrewd one for the Mets, who saw Brach pitch reasonably well for them in a limited sample size. Brach had extreme platoon splits in 2019, so it seems likely that a more analytically inclined manager in Carlos Beltran will be able to utilize him more effectively than Mickey Callaway did. The Mets have already begun the process of bulking up their bullpen by signing Brach to a major league deal and Chasen Shreve to a minor league one, but they should be looking at a few more arms. Here are a few good options for them to explore.

Treinen was designated for assignment by the Oakland A’s, but he is two years removed from a dominant season as a closer. There will be heavy competition for Treinen’s services, but the Mets should take the plunge if they think new pitching coach Jeremy Hefner can unlock Treinen’s 2018 form again.

The former Yankees’ set up man is coming off a lost year, pitching in only one big league game due to a litany of injuries. That could put him in the mix for a one-year prove-it deal, which would make sense for the Mets to add a potentially dominant reliever to their unit for a reasonable price.

People will remember Harris’ brutal blown save in Game 7 of the World Series, but he was used heavily by A.J. Hinch throughout the postseason and was clearly out of gas at that point. Harris does have a lot of mileage on his tires, but he may be a more affordable option at age 35.

Another former Astro, Smith actually began his career with the Mets before getting sent to Cleveland as part of the J.J. Putz trade in 2009. Smith profiles similarly to Brach, so the Mets may pass here to look for a different type of reliever.

Cishek is a perennially underrated reliever who has experience closing games for the Cubs, Mariners, and Marlins. Adding another late inning arm who can close games would give Beltran and Hefner options to mix and match their relievers to give them the best chance of success.

Hudson was one of two relievers Davey Martinez trusted in the postseason for the Nationals, essentially splitting closing duties with Sean Doolittle. The Mets would do well to add a guy like Hudson to their own bullpen to further fortify the unit.

If the Mets can add two relievers from this list to go along with Shreve and Brach, their bullpen would be in far better shape than it was in 2019. The unit would be much deeper and less reliant on getting significant innings out of guys like Jacob Rhame, Tyler Bashlor, and Paul Sewald going forward.