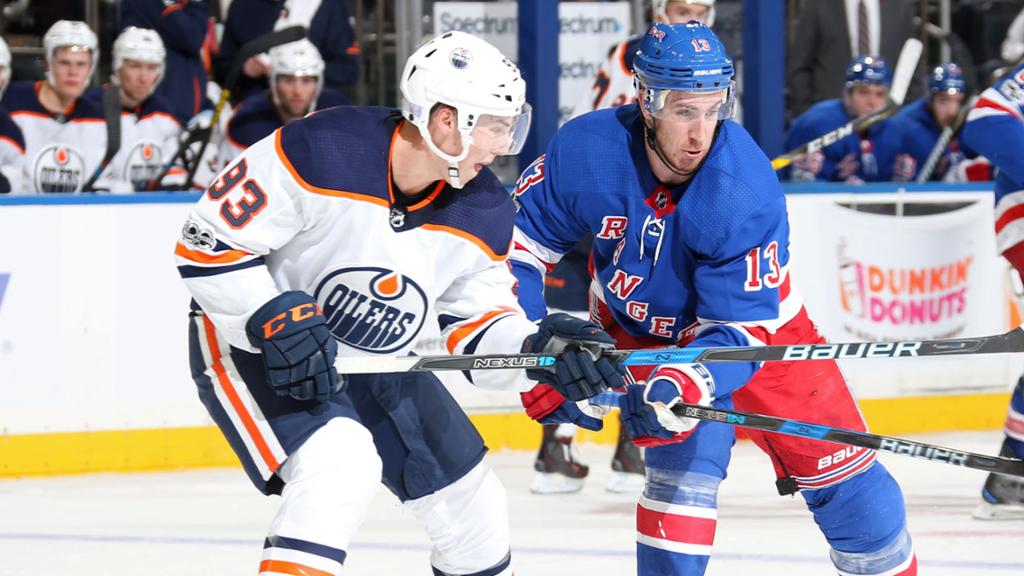 The Edmonton Oilers will close out the worst decade in franchise history tonight at Rogers Place when they host the New York Rangers. It’s a merciful end to the 2010’s that allows us to see a light ahead. Perhaps the 2020’s will be better for this organization. I, for one, chose to believe that it will be.

This is the second and final meeting of the season between the sides. The Oilers picked up a 4-1 victory over the Rangers at Madison Square Garden on October 12th. That completed an extremely rare sweep of the New York/Metropolitan area as the Oilers defeated the Rangers, Devils and Islanders on the trip.

Mikko Koskinen starts for the Oilers, while Henrik Lundqvist gets the nod for the Rangers.

Edmonton: Protect the puck. The Oilers were way too careless with the puck on Friday night and were trailing less than a minute in as a result. The Oilers cannot afford to be careless and turn the puck over with ease like they have been. NHL teams are far too talented and will make you pay for it. The Oilers need to be a lot better in this area tonight.

New York: An aggressive forecheck is vital for the Rangers tonight. New York has some heavy bodies up front that can cause havoc for opposing teams and force turnovers. Against an Edmonton team that struggles to protect the puck, this is an area where the Rangers could expose the Oilers.

Edmonton: Kailer Yamamoto will make his season debut tonight on a line with Leon Draisaitl. Yamamoto brings speed, skill and tenacity to the lineup. He’s got a good shot, has been a positive force on possession and has a good shot. He’s also improved his penalty killing ability in the AHL. Is he ready for primetime? We’ll find out starting tonight. He’s certainly getting a look with skill.

New York: Ryan Strome makes his second appearance in Edmonton since the trade that sent him to New York last November. Strome has been a great fit for the Rangers and has settled in as a strong middle six center. Of course, every former Oiler that comes back seems to score, so keeping an eye on Strome tonight is a wise idea.

Matt Benning is back skating, but he is not yet ready to play. Yamamoto and William Lagesson were recalled form AHL Bakersfield with Markus Granlund and Brandon Manning getting assigned on Sunday. Patrick Russell and Alex Chiasson are the expected scratches up front. Caleb Jones is also likely to sit.

The Rangers recently saw Lias Andersson request a trade from the organization. They are also currently without pest Brendan Lemieux, who is injured and will not go tonight.

“We’re looking for a little more tenacity and some people who can make some plays up here.” That is what Dave Tippett said on Monday regarding Yamamoto and his recall from AHL Bakersfield. Yamamoto is getting a great chance to show that skill tonight playing with Draisaitl on the second line.

The Oilers close the decade tonight, ending a tough ten year stretch. How did the club start the decade? They suffered a 4-1 loss on January 2nd, 2010 against the San Jose Sharks. Robert Nilsson had the only goal for the Oilers, while Jeff Deslauriers made 23 saves in the loss.

Connor McDavid has torched the Rangers in his young career. The captain has eleven points (5-6-11) in seven career games against the Rangers. The Oilers have won three in a row against New York, sweeping them last season and taking the first meeting this year in October.