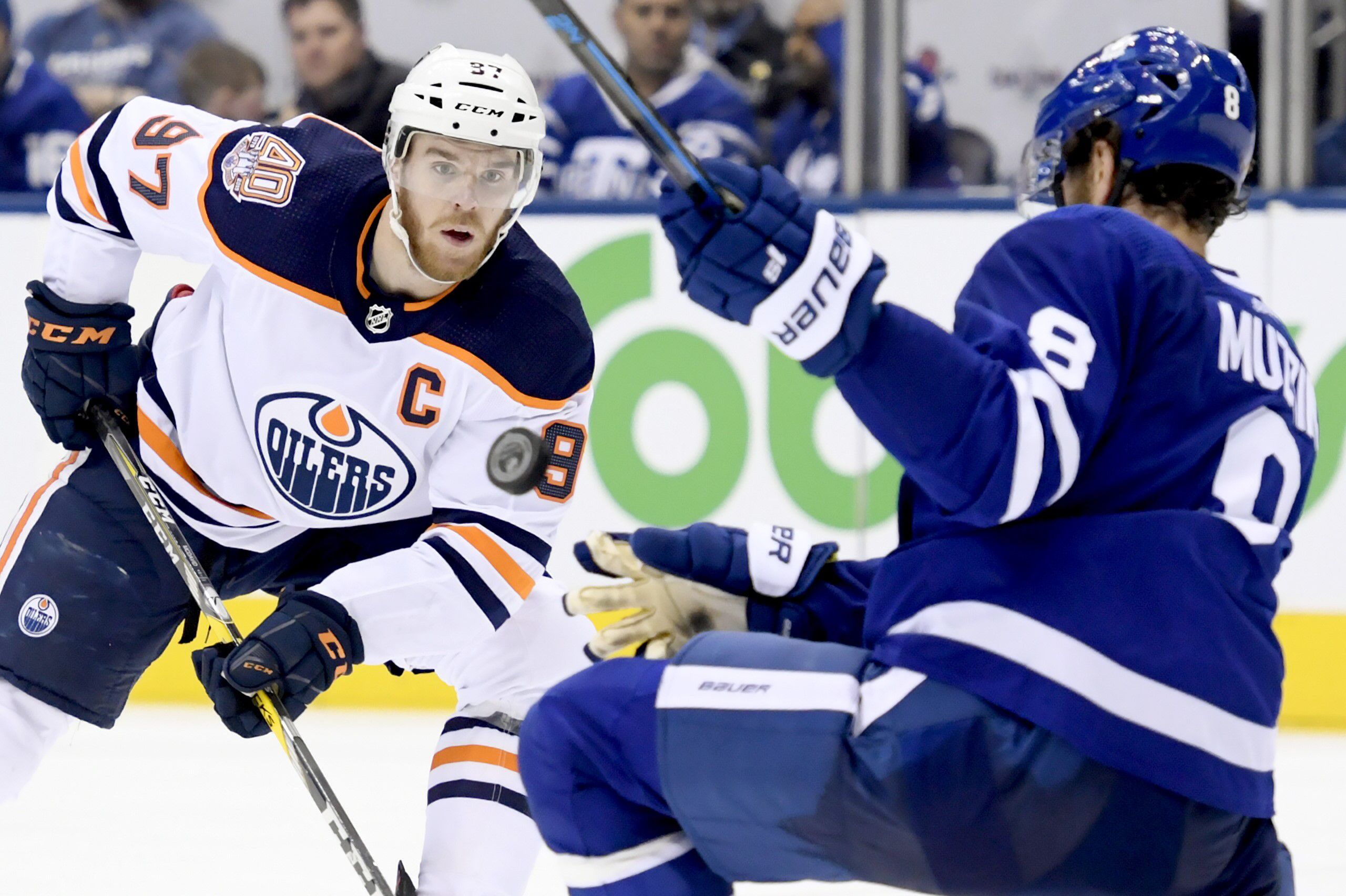 After arguably their most impressive win of the season, the Edmonton Oilers return to Canada tonight to battle the Toronto Maple Leafs. It is the second and final meeting this season between the sides. The Maple Leafs took a 4-1 decision at Rogers Place on December 14th.

The Oilers became just the second team this season to defeat the Boston Bruins in regulation at TD Garden. The Oilers dominated the first 40 minutes and skated away with a 4-1 victory. They have claimed three of a possible four points on this road trip.

Mike Smith starts for the Oilers, while Frederik Andersen gets the nod for the Maple Leafs.

Edmonton: Protect the puck. The Maple Leafs are arguably the most skilled team in the NHL and will make you pay when you commit turnovers or make mistakes. The Oilers have to be on their game tonight and minimize the mistakes against this lethal group to have a chance.

Toronto: Play your speed game. The Oilers have some speed and skill, but overall they are team that wants no part of a track meet. The Leafs? They’ll trade chances with you all night long. If they can get the Oilers to open up a bit defensively, they should be cooking with fire.

Edmonton: Caleb Jones returned to the lineup and was strong Saturday in Boston. He continues to play a subtle but strong game for the Oilers. He’ll remain in the lineup tonight against a more dynamic Maple Leafs team. This matchup fits him better, however, as it is more of a speed and skill game. I’ll be interested to see how he matches up with the Leafs.

Toronto: Mason Marchment almost became an Oiler. At the 2016 trade deadline, the Oilers were reportedly close to dealing Justin Schultz and Teddy Purcell to the Kings, with Marchment as part of the return. He’s finally made the NHL, reaching these heights with the Leafs. The son of former Oiler Bryan Marchment will make an impact tonight. It always goes that way.

Oscar Klefbom did not practice on Sunday, taking a maintenance day. He’ll play tonight, so William Lagesson remains in the press box. Sam Gagner and Patrick Russell will be the scratches among the forwards.

The Leafs are without forward Ilya Mikheyev, who had his wrist sliced recently in New Jersey. He’s out three months. Andreas Johnsson, Trevor Moore and veteran Jake Muzzin are also on the mend and will miss this game.

“It was really important because the last couple of games we thought we had played well in the games but not for a full 60 minutes,” Dave Tippett told reporters regarding the win in Boston. “We put a full 60 together.” The Oilers are hoping that it is the start of a trend.

The Oilers have not won back-to-back games since November 23rd and 24th in Vegas and Arizona, respectively. Saturday’s performance was great, but can’t be a one-off. “It was a very solid game throughout the entire lineup. We’re going to need that same effort again tonight,” Draisaitl told the media.

Mike Smith will play his third consecutive game. This is the first time he has made three starts in a row as an Oiler. Bottom line is, he has earned this start tonight. He was terrific in the third period against the Bruins. Smith is 8-3-3 in his career against the Leafs with a .927 save percentage, per Jack Michaels.