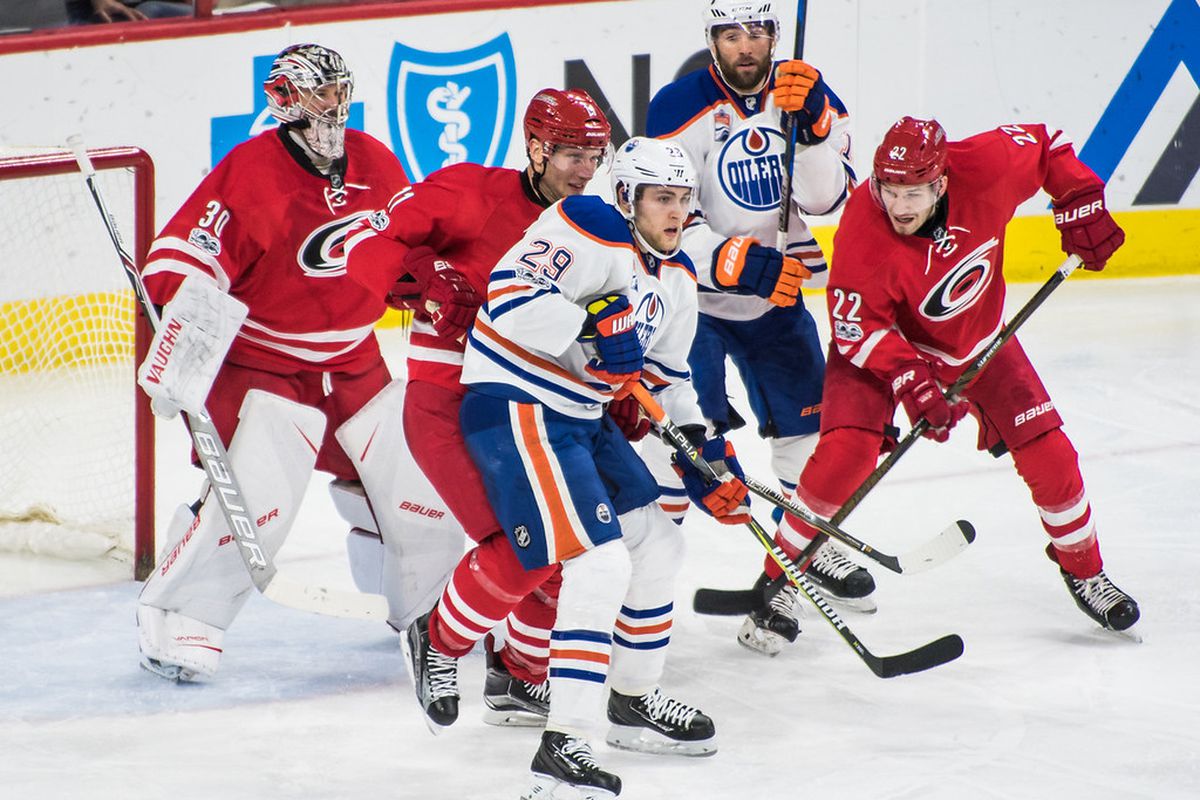 The Edmonton Oilers conclude their difficult three-game road trip this afternoon in Carolina when they battle the Hurricanes. It is the second and final meeting between the sides this season, and the lone one in Raleigh.

The Oilers took a 4-1 decision over the Florida Panthers in Sunrise yesterday afternoon, while the Hurricanes beat the Devils 5-2 on Friday night at home. The Canes took the first game of the series 6-3 at Rogers Place in December.

Mike Smith gets the start for the Oilers, while Petr Mrazek gets the go for the Hurricanes.

Edmonton: Bring the same attention to detail as yesterday. The Oilers were locked in and played a terrific defensive game against the Panthers on Saturday. They limited the shots and chances against and held Florida to a single goal. With three key forwards out, the Oilers will need to play that way again if they want two more points.

Carolina: Open things up. This has been a common point as of late, but it is still worth mentioning. The Hurricanes are the deeper, faster and more skilled team on the ice this afternoon. If they can use their speed and skill freely, they should be able to outgun an injured Oilers team and win their second in a row.

Edmonton: Kailer Yamamoto has arrived in a big way. The winger has 17 points in 17 games this season and has emerged as a legit top-six option for the club. He was terrific on Saturday against the Panthers and will be counted on again today against the Hurricanes. Can Yamamoto keep setting up chances and winning battles?

Carolina: Folks, we need to talk more about Sebastian Aho. The Finnish sniper is criminally underrated and is one of the better snipers in the league. Aho has 31 goals and 53 points this season while centering Carolina’s top line. He’s a great talent and deserves a lot more love. Keep an eye on him today, especially on the powerplay.

Connor McDavid (quad), James Neal (foot), Joakim Nygard (hand) and Kris Russell (concussion) are all on IR and will not play today. McDavid is expected to rejoin the Oilers in the coming days and will undergo testing on Tuesday to indicate how close he is to a return. William Lagesson and Markus Granlund are the scratches, while Zack Kassian serves the second game of his seven game suspension.

Dougie Hamilton (leg) is done for the season, a huge loss for Carolina. Forward Jordan Martinook (upper-body) is listed as week-to-week by the team and not expected to play this afternoon.

“We found a way to get a win. When you’re missing a lot of people out of your lineup, you got to make sure you’re sound in a lot of areas,” Dave Tippett said postgame on Saturday. “I thought we were tonight.”