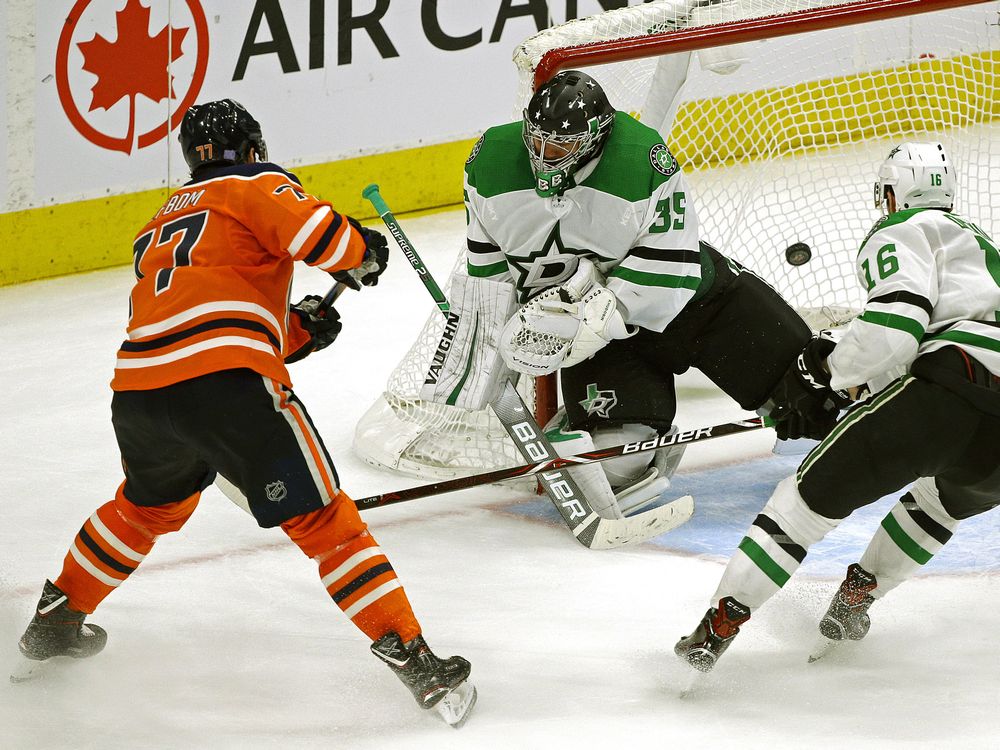 The Edmonton Oilers are hoping their offensive explosion in the third period on Monday night in Nashville is a sign of things to come. Tonight, they make their second and final visit of the season to Dallas. It is the third and final meeting between the Oilers and the Stars this season.

The Oilers are coming off of an 8-3 victory in Nashville last night, while the Stars suffered a 4-3 shootout setback at the hands of the St. Louis Blues on Saturday. Edmonton won the last meeting between the teams, 2-1, in Dallas on December 16th.

Mikko Koskinen starts for the Oilers, while Anton Khudobin gets the go for the Stars.

Edmonton: An early start is vital for the Oilers tonight. This is Edmonton’s third game in four nights against a quality opponent. Fatigue will be an issue late. If the Oilers can build an early lead, perhaps that will both negate the coming fatigue and keep the confidence sky-high after Monday’s five-goal third period.

Dallas: A strong cycle game can, and will, drive the Oilers insane. There were stretches on Monday night when the Predators controlled play in the offensive zone. During those stretches, they were able to fire the puck around with ease and get the Edmonton defense moving. It resulted in a three-goal second period. That’s the key for Dallas’ attack tonight.

Edmonton: Caleb Jones played one of his best games of the season to my eye last night. Jones was strong defensively, moved the puck well, and kept a strong Nashville attack at bay. Right before our eyes, he is developing into a real top four option in the NHL. Tonight, Jones returns to his home state looking to keep it rolling.

Dallas: What is going on with Joe Pavelski? Yes, he’s dealt with some injury issues this season but he is slated to center the fourth line tonight. That’s an unfamiliar spot for the long-time Sharks’ star. Pavelski does have 30 points (14-16-30) this season, so he’s still a threat to score.

Oscar Klefbom (shoulder) is close but will remain on IR and won’t play. He could return on Thursday in Chicago. Joakim Nygard (hand) is on IR and out. James Neal (ankle) is expected to return to the lineup. Patrick Russell, Markus Granlund and William Lagesson will be scratched. One of Alex Chiasson and Jujhar Khaira will come out for Neal. That will be determined pregame.

Ben Bishop (lower-body) is currently day-to-day, which explains the decision to start Khudobin. Martin Hanzal (back) and Justin Dowling (lower-body) are also considered day-to-day. Neither will play tonight.

The Oilers are hoping that two trends will continue tonight. The first one is the road team getting it done in this series. The Stars took an overtime decision in Edmonton in November, while the Oilers returned the favor in Texas in December. The other? The Oilers are 6-1-0 on the second half of a back-to-back this season.

The dynamic duo has been, well, dynamic in this series. Connor McDavid, second in the NHL in scoring, has five points (0-5-5) in the two games against the Stars this season. The NHL’s leading scorer, Leon Draisaitl, has three points (2-1-3) in the two prior meetings.

The Oilers sit two points behind the Vegas Golden Knights for the Pacific Division lead. Edmonton will use their game-in-hand tonight. The Oilers sit three points ahead of Calgary for the second spot in the Pacific and six points up on the playoff cutline.