It's Way Too Early To Judge Andreas Athanasiou 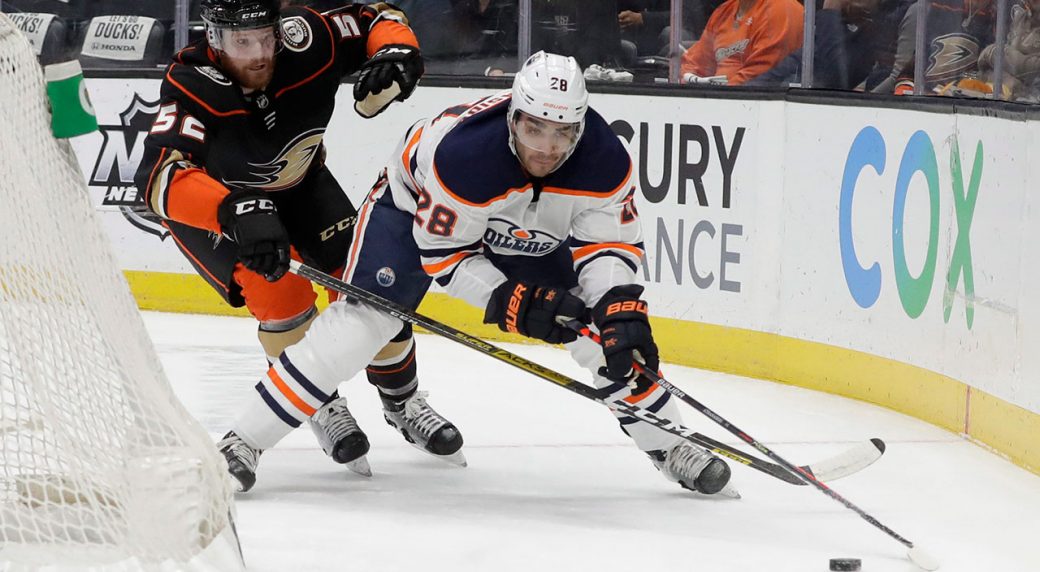 It's Way Too Early To Judge Andreas Athanasiou

Some Oilers fans were ready to jump on Andreas Athanasiou the moment his trade from Detroit was announced. That the speedy winger has started off slowly in Edmonton has only poured gas on those flames. Fact of the matter is, however, it is way too early to make a call on the sniper. In fact, there are signs that Athanasiou is actually fitting in just fine and starting to settle.

His debut was a fun one, as Athanasiou collected a goal and an assist in an overtime defeat against the Ducks. He’s gone five games without a point since then, was taken off of Connor McDavid’s line and started Thursday night’s game on the fourth line.

It would be easy to jump on him. After all, Athanasiou had terrible possession numbers and was a -45 in Detroit. Maybe he’s just a bad player.

The speedy forward has some serious skill and scoring ability. It also seems like he is starting to get comfortable and used to Dave Tippett’s system.

Oilers fans should know first-hand how inept organizations often stunt player development. The Red Wings are, to be polite, a dumpster fire this season. Athanasiou was caught in the middle of that and his numbers suffered mightily. He isn’t perfect, but he is a good player who desperately needed a change.

Through six games, Athanasiou has played 73:09 at five-on-five. He’s got a 48.87% Corsi For percentage and a 49.09% Fenwick For percentage. Both of those numbers are significantly improved from his days in Detroit. With the Red Wings, Athanasiou held a 44.73 CF% and a 45.87 FF%. (All stats via Natural Stat Trick)

His expected goals have went through the roof as well since the trade. With the Red Wings, Athanasiou posted a xG% of just 44.10%. In Edmonton? That number is at 51.31%. That’s a strong number on just about any team. He’s shown quite well in this area to this point.

High-danger chances have also favored Athanasiou in his brief time as an Oiler. When he is on the ice, the Oilers hold a HDCF (high-danger chances for) advantage of 23-16. That’s good for a strong HDCF% of 58.97%. Oh, and that -45? He’s 2-2 at even strength since coming to Edmonton.

Athanasiou, to my eye, has played quite well in each of the last few games. He looks more comfortable in the system, he is using his speed better and he looks confident. The numbers back that up right now.

As a rule, it is fair for fans to expect less than 100% from a trade deadline addition. After all, players are picking up their lives, in the middle of the season, and moving to a new city. They are also trying to learn a new system and create chemistry with a whole new set of teammates. It is not an easy task.

Athanasiou hasn’t lit the word on fire since joining the Oilers, but he has played good hockey. Everything indicates that he is just getting better as time goes on too. It should soon be time to give him another look in the top six, potentially on McDavid’s wing. Perhaps that started in Thursday’s third period in Chicago.