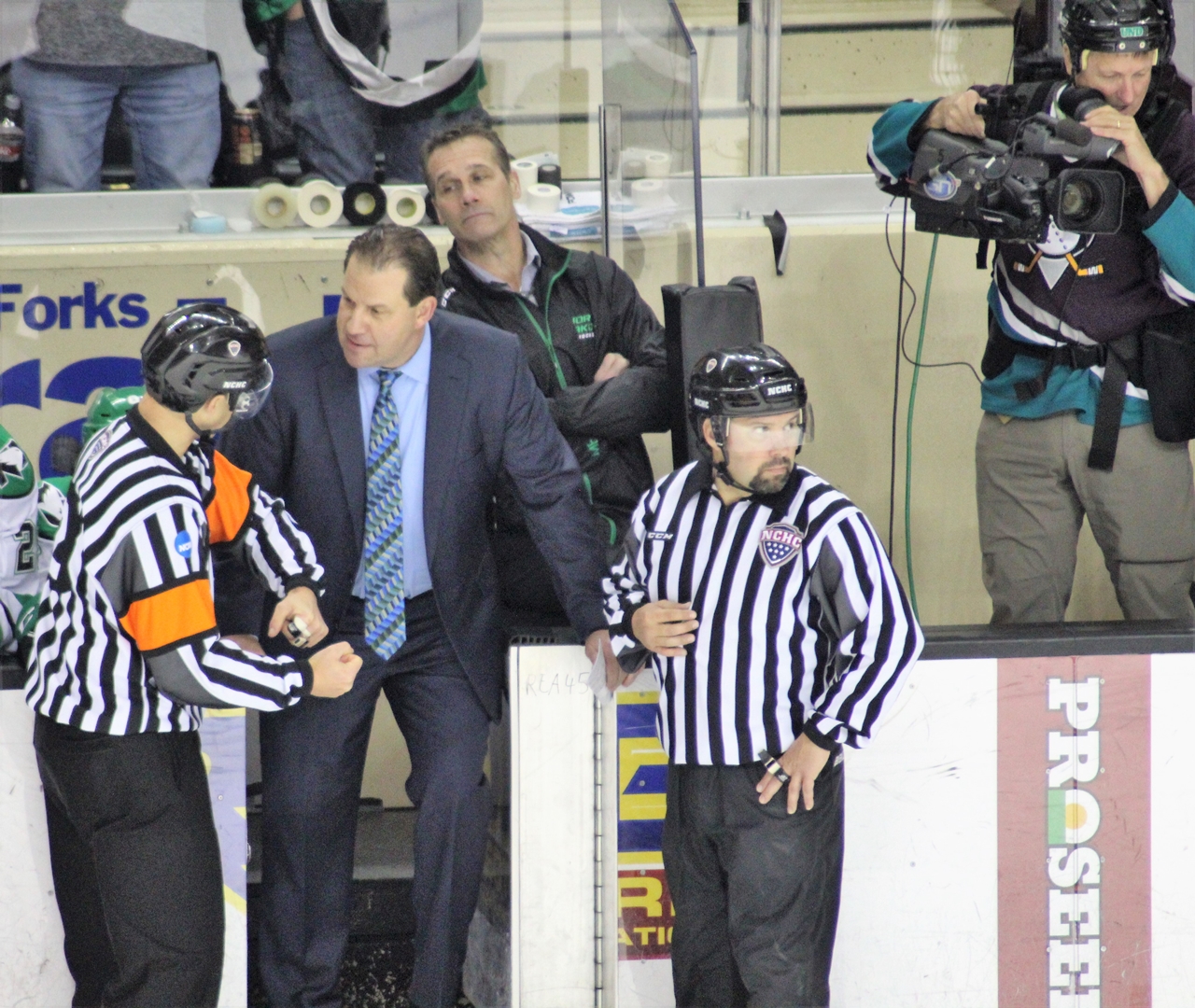 The National Collegiate Hockey Conference is a tough conference. Every game is a war. I have often joked that the regular season trophy should be a meat grinder. Eight teams kick the crap out of each other for 24 games. The season takes its toll.

At the end of the season, after a grueling 24-game schedule, someone’s feeling is going to get hurt. That’s the reality of sports. It would appear that there will be no love lost between the Omaha Mavericks and the Univesity of North Dakota.

During the post-game interview, UND hockey radio play-by-play announcer Tim Hennessy made the comment, “I’ve never seen a team be so after the whistle tough.”

UND head coach Brad Berry took the high road, “all I am going to say, it comes from leadership.  Here’s the deal, we stuck around to shake hands after, and their coaching staff didn’t. We asked him to speak at our Booster’s luncheon, there’s only one other coach that ever declined that. He’s one of them. I don’t want to go off of the handle, but it starts with leadership and it resonates down to their players.”

Berry continued, “We also got chirped a little bit when it was four nothing and we put our power play unit out. It’s still four nothing. You never know. Two things have to happen there. The game isn’t out of reach totally yet. When you’re acting like they were, that’s what you do. You have to do something. I like how Senden went out and scored a power play goal on the power play. They wanted that unit, they got that unit.”

In the post-game, Omaha head coach Mike Gabinet didn’t take the high road, “I didn’t like a couple of our penalties that we took at the end of the game, but I also have some empathy for of our guys. We played these guys three times, we got three concussions. At the end of the day, these guys are a very tight-knit group in there. They really care about each other. It’s hard when you see teammate’s constantly go down with concussions – with injuries.

“We’ve lost four guys in four games against these guys. I think frustrations boiled over there. Obviously, it was a three nothing game. So, we wanted to get back in the game. We don’t want to take retaliatory penalties. That’s not good. I also have some empathy for our players.”