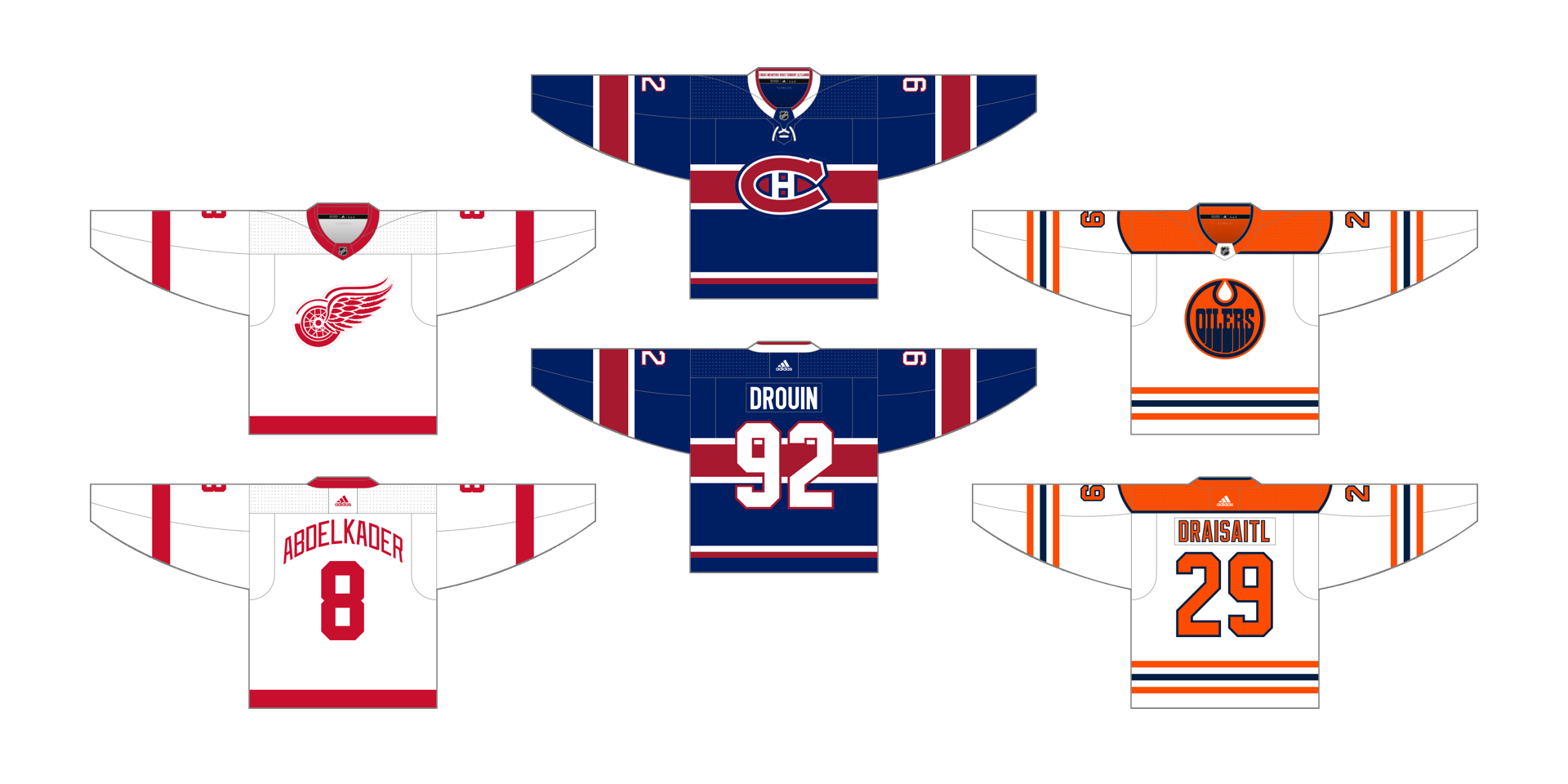 News is slow right now, that much we know. In an effort to keep ourselves entertained during what should be an exciting time, hockey fans have been looking to news off the ice to stay sane.

Although it has been mostly quiet on the Edmonton Oilers front, a bit of interesting news has leaked out over the last week. The club is expected to add a ‘new’ jersey to the mix for the third season in a row.

The Oilers added their unique third jersey last summer, and the summer prior added a ‘throwback jersey’. That throwback was an Adidas version of their famous 1980’s road uniform and 2010’s home jersey.

The Oilers are, per icethetics, one of 21 NHL teams currently employing a third jersey. They are very likely to be one of the teams introducing a fourth jersey for the 2020-21 NHL season, per the site.

Currently, as fans know, the Oilers use an orange home uniform, a white road uniform and a black third jersey. Here is how, at this moment, the full catalog looks.

The addition, per icethetics, will likely be a white uniform. It is also likely to be a throwback style jersey. Here is what they said in their ‘JerseyWatch 2020’ thread recently.

EXPECTED An Icethetics source with a solid track record has reported the Oilers will have a white fourth jersey, similar to their current uniforms but with the blue and orange inverted. The source reports the look is “reminiscent of the original white jerseys from when the Oilers were in the WHA.”

So, what would an inverted white jersey look like? It’s actually better than you might think at first. Here is the concept drawing, along with concepts for Montreal and Detroit, that Icethetics recently published.

Not bad, huh? The logo is the exact one worn by the Oilers during their WHA days, which makes sense considering what the source for icethetics said.

The striping and the shoulder matches the current home and away uniforms for the Oilers as well, so there would be some consistency between the three uniforms. It would also keep the team’s current third jersey as the ‘unique’ one of the four.

A source has indicated to The Oilers Rig that the club’s current third jerseys will remain for at least another season. They’ve been a big hit with the Edmonton fanbase after a skeptical debut over the summer.

More details as they become available. Stay safe everyone!