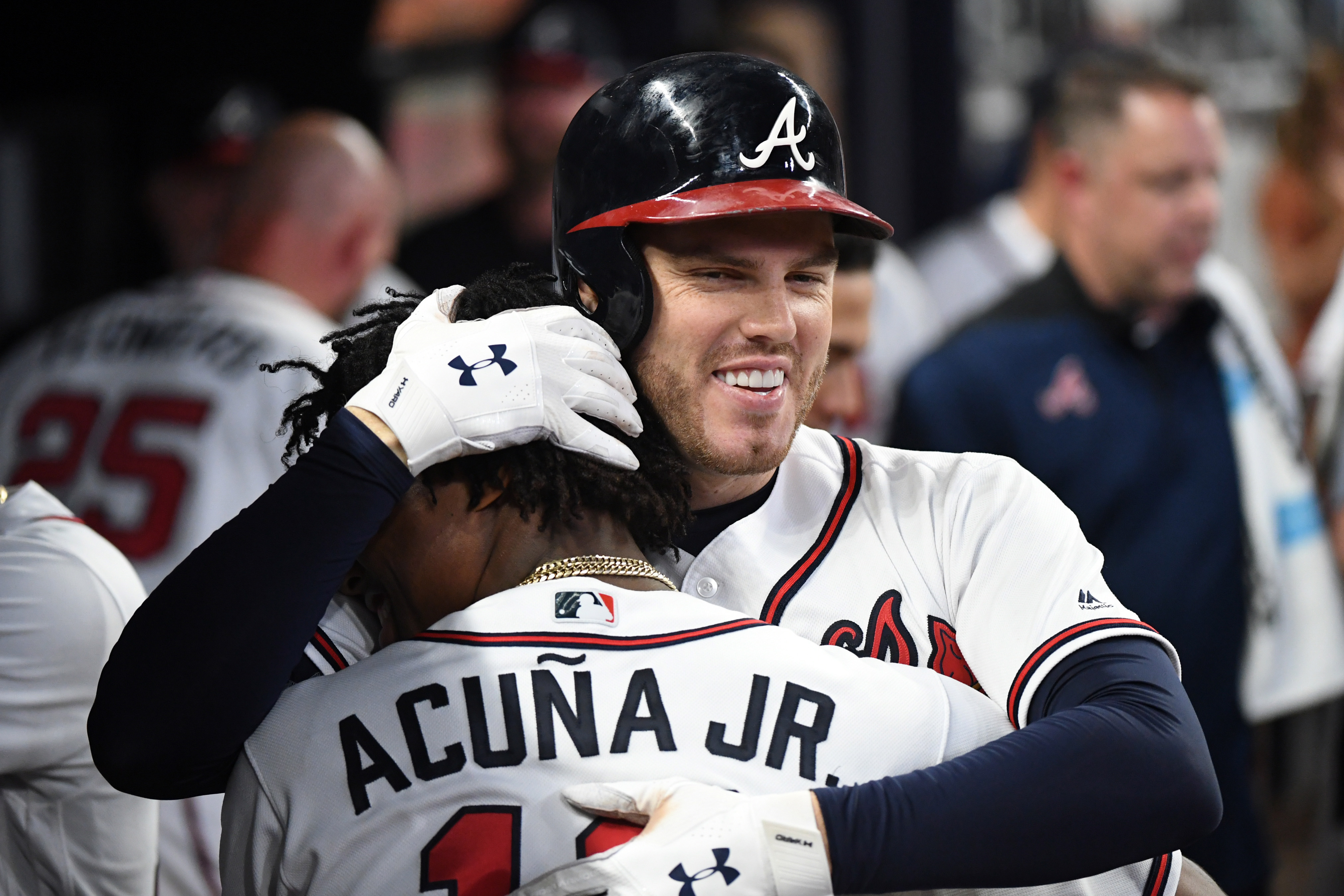 Michael Wacha only made two bad pitches all night.

You know what when you get a lede of that variety, the inference is that Wacha was damn near perfect had it not been for two bad pitches. There were more than that, but the two worst pitches of the night hurt him greatly, and it was a combination of bad pitch selection and bad location/execution. The first bad pitch came in the first inning. Ronald Acuna Jr. and Ozzie Albies struck out on curves, so when Wacha got to 0-2 on Freddie Freeman, you’d figure he go curve again. But Freeman is too smart a hitter and he looks for off-speed stuff with two strikes. So throw him a fastball? Fine.

Don’t throw him one down the middle.

Alas, he did, and the Braves had a 1-0 lead which they would hold until the 6th. Travis d’Arnaud led off the inning with a walk, and Dansby Swanson followed with a base hit to left. So Ender Inciarte comes to the plate and again, Wacha gets him down 0-2. Inciarte flailed at a high fastball and then at a curve in the dirt. He’s obviously swinging at everything, as Wacha has had pretty good command save for the walk to d’Atnaud. So are we talking fastball or curve?

Now I would have went with the curve, Jesse Orosco vs Kevin Bass style. (If you haven’t thanked the good Lord for Kevin Bass’ pitch recognition lately, I suggest you light a candle in its name at your local place of worship … or the next time you watch a replay of Game 6 the outcome just might change.) But if you throw a fastball, for God’s sake don’t throw it at the goddamed letters. That pitch should have been at his eyes. Instead, Inciarte went all Yelich on that 0-2 pitch and all of a sudden the Mets were in a 4-0 hole that most would say Wacha didn’t deserve because he only threw two bad pitches. But the fact that those two pitchers were a combination of bad selection vs bad location, being down 4-0 was totally deserved by Wacha, Wilson Ramos, the analytics team, the health and performance team, and all who draw paychecks from Fred Wilpon.

Felix Hernandez, who was hit hard in his last start agianst the Mets, had been finding his groove lately and has also pitched much better at home. He stymied the Mets for seven innings as his changeup looks like it did in his Seattle days. If he has finally adjusted to life in Atlanta, worked through his not-so-blazing fastball, and gotten used to the trade of Chace’s Pancake Corral fot Waffle House, the rest of the N.L. East might be in trouble. Again.

The 4-0 loss sends the Mets to 16-11, as Noah Syndergaard faces Mike Soroka on Sunday Night Baseball. Steven Matz will also come off the injured list and perhaps protect Noah if he has more issues after being pulled after five stellar innings in his last start. Tomorrow night’s game has the potential to either propel the Mets to the division title, or plummet them to the depths of despair.

Health and Fitness 4m ago