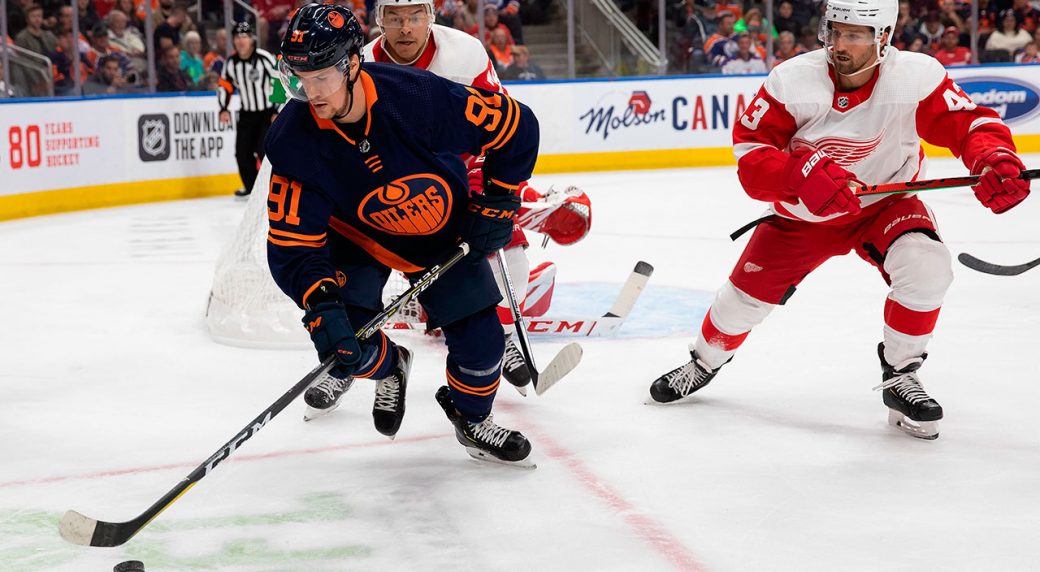 The Edmonton Oilers have officially signed forward Gaetan Haas to a one-year contract. The deal is worth $915,000. Haas, who first signed with the club last July, was set to become a free agent this off-season. He played in 58 games for the Oilers in 2019-20, collecting ten points (5-5-10).

Haas, a right-shot center, played a depth role for the Oilers in his first season in North America. The Swiss center turned pro in 2009 and played the first decade of his professional career in his native country.

Haas struggled to adjust to the North American game through training camp and early into the season. As a result, he found himself in AHL Bakersfield in October. He played a pair of games with the Condors, then rejoined the Oilers.

He never looked back after that recall. Haas also appeared much more comfortable after the short stint with Jay Woodcroft’s Condors.

Overall, Haas was a strong depth player for the Oilers in his rookie season. He likely slots in as a depth center who can bring speed and some offensive ability to the fourth line moving forward. He could also serve as the club’s 13th or 14th forward depending on how free agency goes this off-season.