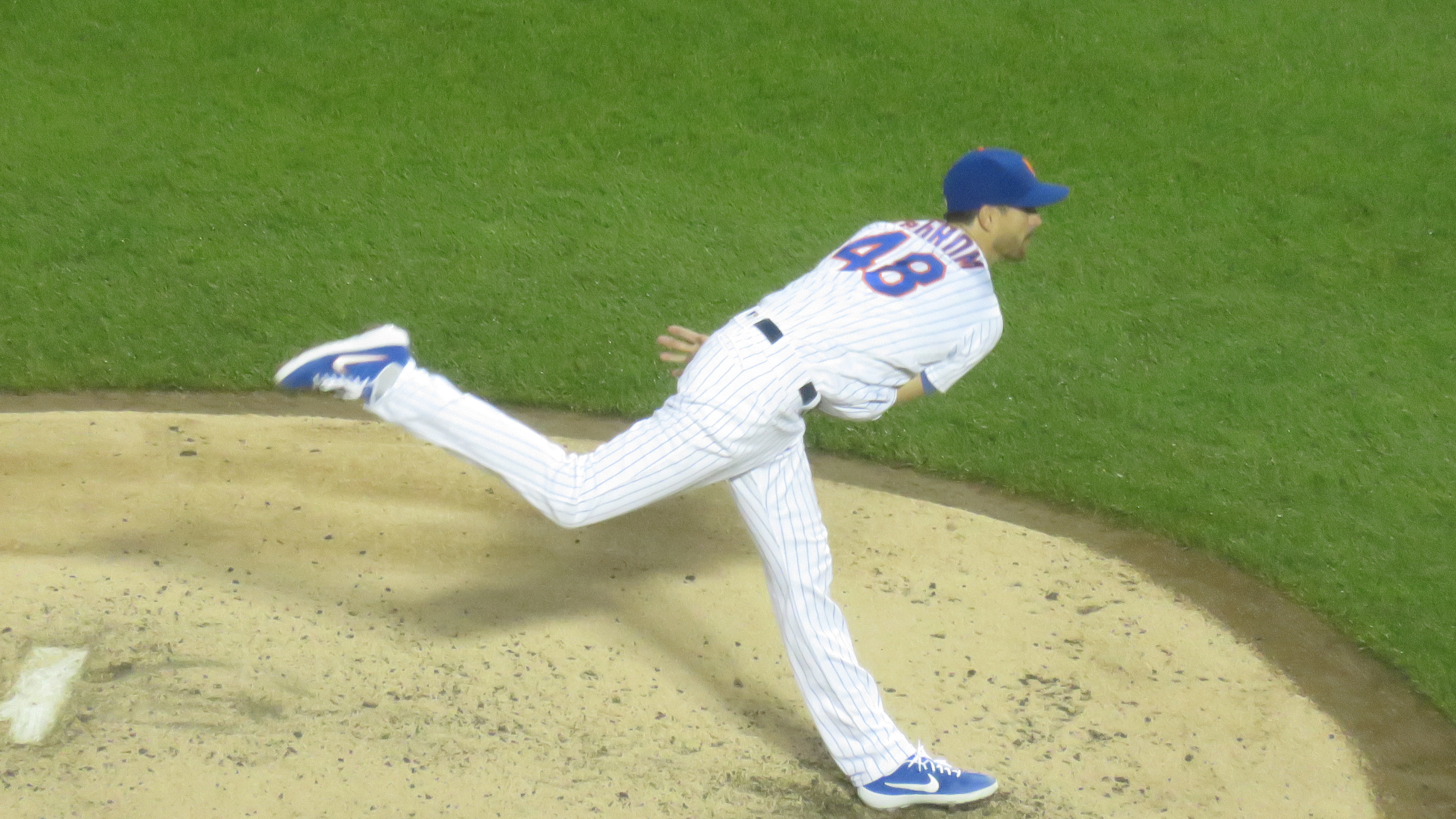 Tuesday was one of those days that I felt I needed to be at a ballgame. Jacob deGrom against the Astros? Even a struggling Astros team who have been losing players left and right due to injury, whether they be caused by beanings … some intentional, some not … or hamstrings exploding on command (Justin Verlander)? I’m in. Even after the Mets got swept against the Dodgers and the vibe in the stands was going to be relatively low? You bet.

But it goes deeper than that. I’ve been having some stuff happening to me the last few days. Some immediate worries, some long-term decisions creeping up on me … hell, you could even throw in a bit of mid-life crisis that have been simmering for about five years or so. It’s all been happening. I find that when my soul hurts, the best medicine is a baseball game. Baseball heals my soul in a way that few things outside of immediate family and friends can. And I’m grateful to be able to head to a baseball game and soothe my soul. Give me a ballgame, a beer and a burger (or a couple of mini-burgers from Sinkers and Sliders), and I’m generally happy no matter what the outcome of the game is.

Thankfully the outcome was a 6-1 Mets victory, with deGrom going through the Astros lineup like a hot knife through butter for seven innings, with only an Alex Bregman sac fly putting a ding on his record. J.D. Davis’ three run HR in the first and Robinson Cano’s two run single in the fourth put this thing away early. It made for a nice night where there was eight and a half innings of relaxation, deep thought, and a general slowing down of the mind which we could all use now and then.

It made me appreciative of the life I have and realize that it could be a whole lot worse. For one, there could be no baseball. No baseball, or any sports for that matter, caused by some sort of global pandemic that keeps everybody home to stop the spread of some sort of super virus that is communicable through droplets that pass through the air within a six foot diameter. There also could be riots in the streets caused by some sort of incident with a police officer which adds to everyone’s anxiety, with no baseball to curl up with and fall asleep to. Just imagine a world like that, eh?