Is Oilers Prospect Dmitri Samorukov Heading To The KHL? 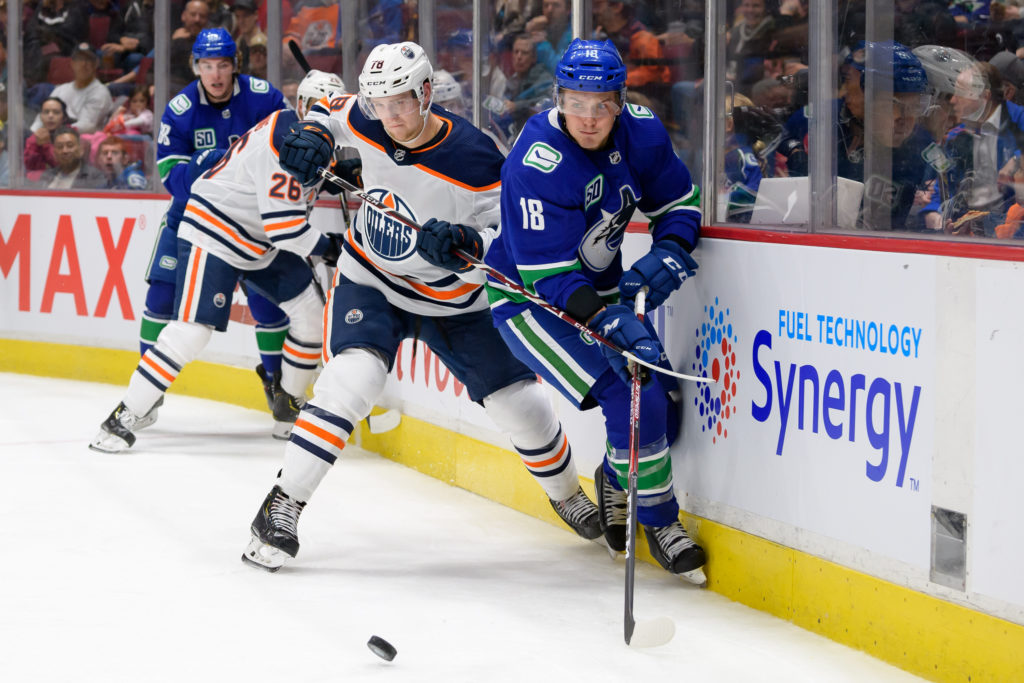 Is Oilers Prospect Dmitri Samorukov Heading To The KHL?

One of the top prospects in the Edmonton Oilers’ system might be skipping out on a second season in the AHL with the Bakersfield Condors. Rumors have begun to swirl that prospect defenseman Dmitri Samorukov is set to sign in the KHL with CSKA Moscow. Samorukov, selected 84th overall by the Oilers in 2017, is regarded as one of the club’s top defensive prospects.

Normally, when a Russian prospect heads back to the KHL the alarms would sound. That might not be the case here. Due to the NHL’s ‘Return to Play’ and the ongoing COVID-19 situation, the AHL season may not start until December or January. In that case, Samorukov would go nearly nine months between games. The KHL, meanwhile, is hoping to start their season on time. That would give the prospect a more ‘normal’ offseason.

“He wants to play,” Samorukov’s agent Pat Morris told Sportsnet. “He doesn’t want to lay dormant for 8-10 months in this current situation. And he, unlike some other players, has this option. We’re exploring it long and hard.”

“The most important thing is that he is a developing 20/21-year-old player,” Holland said via Spector. “If North American hockey doesn’t start again until December, we’re not sure, he has a unique opportunity here. The KHL is an excellent league and it’s right in his backyard.”

Samorukov’s contract is expected to be only a one-year deal. That leaves the possibility that this is only a pit-stop for the Russian defenseman. In fact, that’s exactly what Holland expects will happen.

“If he does play in the KHL in the 2020-21 season, he’ll come back here to play in either Bakersfield or Edmonton the following year,” the veteran GM said.

Although certainly not ideal, the idea of Samorukov going to the KHL isn’t a terrible one. He’ll be playing hockey, and likely big minutes, in one of the best leagues in the world. In uncertain times, Samorukov is finding some certainty. Clearly, that is important for the player. Equally important is that he has the blessing of this organization.

Normally, this would be a reason to worry for fans of the Edmonton Oilers. It doesn’t appear that will actually be the case here.