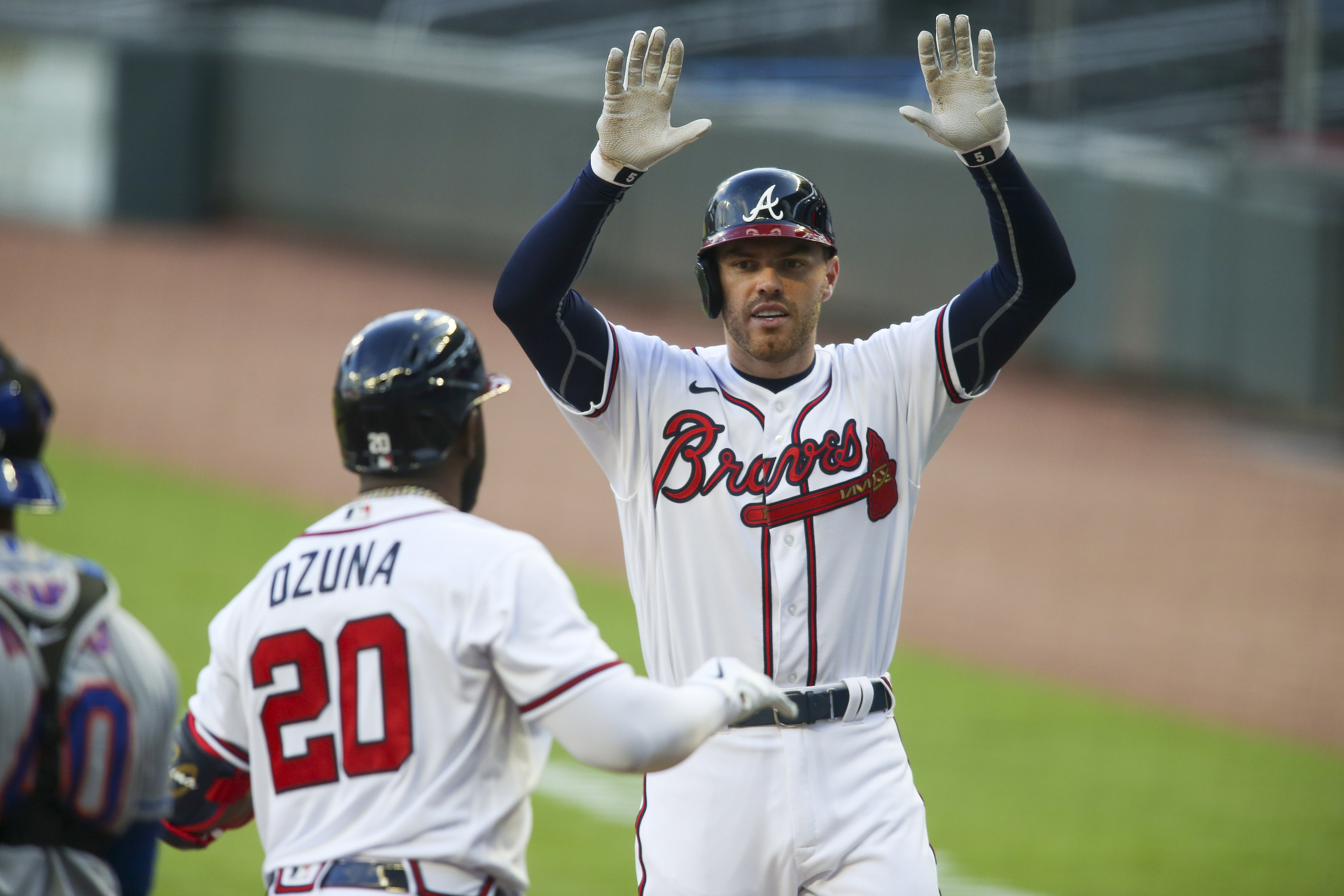 The Mets’ 7-1 loss on Saturday is the second time this season where the Mets followed up with a gut punch loss with a performance that’s completely flat. But to be fair, momentum is that night’s starting pitcher. The last time the Mets were flat, Rick Porcello was a disaster. Tonight it was Michael Wacha, who was nowhere near as effective as he was in Fenway Park against Boston, giving up five runs on seven hits and two walks in four innings, and throwing pitches right down the middle for the Braves to take good hacks at, much like Marcell Ozuna when he sent this game on the road to oblivion with a two run homer in the first.

The Mets had chances in the 4th and 5th while down 5-0. They loaded the bases with one out in the fourth, but Wilson Ramos struck out and Amed Rosario grounded out to third to end the threat. They did the same in the fifth, but Robinson Cano’s screaming liner went right at Ronal Acuna for a sac fly, and Yoenis Cespedes grounded to third to end that threat.

Franklin Kilome made his major league debut in relief of Wacha in the fifth, and he gave up a two out single to Ender Inciarte in the fifth, and a solo home run to Acuna (which featured a eurostep by Acuna while rounding third) to make it 7-1 and that was that. I’m sure that Kilome didn’t picture his major league debut being the mop up man to save the rest of the bullpen, but he went the final four innings and wore it for the good of the rest of the bullpen, which I’m sure is much appreciated by everybody in the organization.

To be honest, Wacha giving up runs to Atlanta from jump made this game unwatchable, which forced me to focus on poor Steve Gelbs, who has to be wondering where his life went wrong, doing his sideline reports from the SNY studios (because if they made him do it from a dark Citi Field he’s probably trip over a seat and there would be a lawsuit involved). He had hard hitting reports on how Wacha likes his PB&J with the crusts while Adam Wainwright likes to take the crusts off, while also reporting on the wardrobe of the Atlanta mascot, Blooper. We also learned that Gelbs is responsible for setting up his own background in the studio, which he might be reported for because that’s technically a stagehand union job.

At least we found out that Keith didn’t know what PB&J stood for.

I said, “PB&J” on the air tonight. Keith had no idea what I was talking about.

I’m completely speechless. I don’t even know what to do with that. pic.twitter.com/IvI6T8kOGn

All I know is that Gelbs is probably wondering where the hell his life went wrong, and we shouldn’t be surprised if he quits to join the circus or something. The next time Gary, Keith and Ron cut to the studio report, this guy might show up: