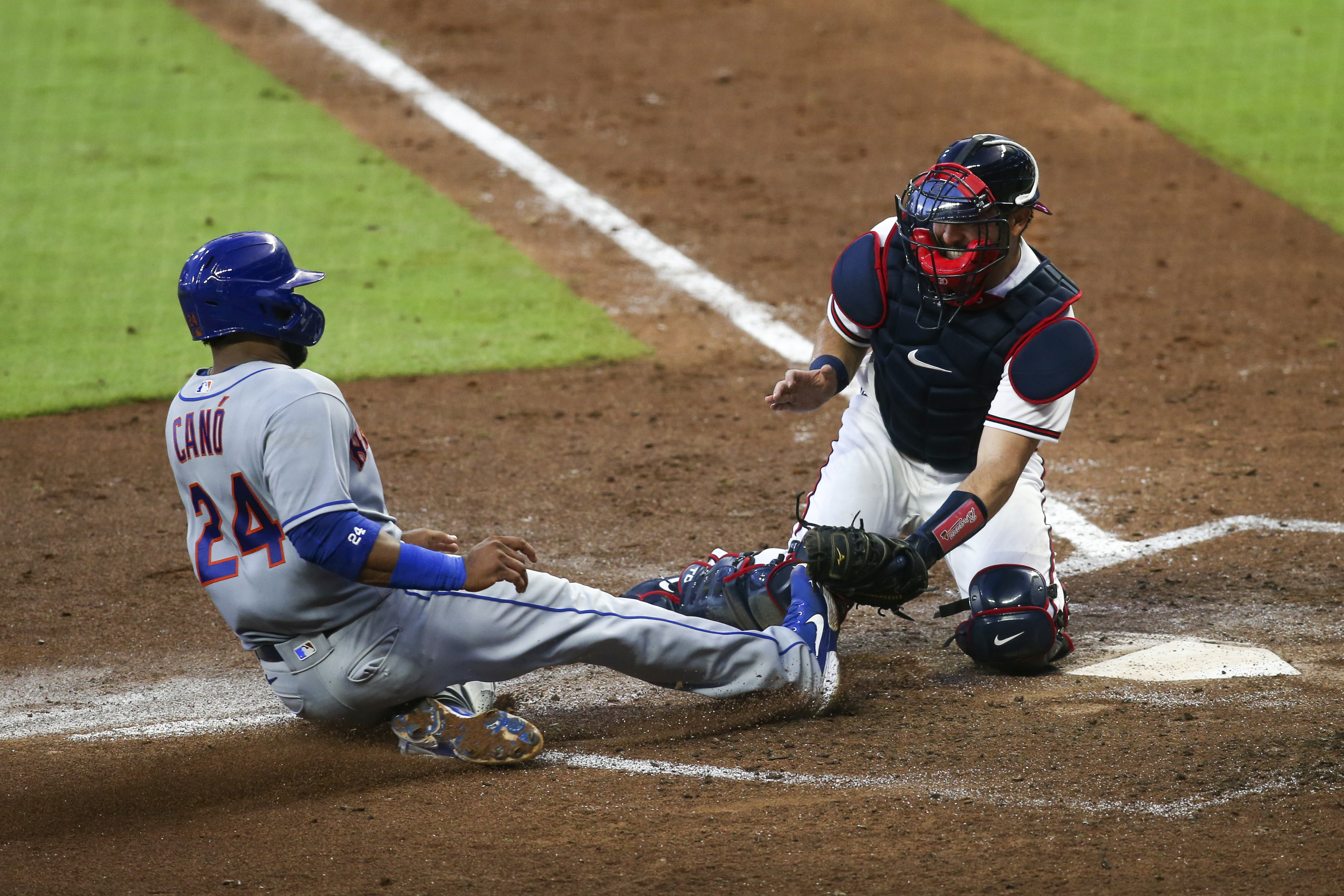 The fallout from the Mets various injuries on Monday night started to come to fruition on Tuesday, as Robinson Cano was put on the IL with an adductor strain. (I feel like if I wasn’t a Mets fan, I wouldn’t have ever heard of the world “adductor”, much less know that an adductor is part of a group of muscles surrounding the hip … I’m like MetMD now.) Jeff McNeil and Amed Rosario are still day-to-day with their injuries, but it was clearly enough to keep them out of the lineup on this day, since there were plenty of opportunities for them to pinch hit, but no sight of them whatsoever.

Steven Matz didn’t have it. Threw an off speed pitch that had no bite to Howie Kendrick which he smacked for a home run to make it 1-0 Nationals, then threw a ball that Nido targeted for the inside corner but it bled over the middle to Josh Harrison in the second which he hit to Alexandria for a 2-0 Nats lead. Matz then gave up three runs in the third to give the Mets a 5-0 lead and give me at least a little relief so that I could go watch the Rangers play a do-or-die game against Carolina.

But the Mets battled back with the big tease and scored three runs to cut it to 5-3. Michael Conforto jacked a two run HR in the fourth and Pete Alonso, who may need to take a day or two off to clear his head at some point, lined a single to right in the 5th to make it 5-3. With Paul Sewald and Jeurys Familia holding the Nationals scoreless through the middle innings, the Mets had a chance to win this game.

But in true 2020 Met fashion, they left a boatload of runners on in the 6th and 7th. After Ryan Cordell and Andres Gimenez singled in the 6th (if you’re just waking up from a coma, yes … Ryan Cordell and Andres Gimenez are Mets), Tomas Nido struck out in a spot where Jeff McNeil or Amed Rosario could have easily pinch hit with the Mets carrying three catchers (and Wilson Ramos already in the game as the DH), but it shows you that McNeil and Rosario were not in game shape as Nido took the at-bat and struck out.

But the 7th was the key inning. Brandon Nimmo and J.D. Davis walked to lead off the inning. Alonso then struck out for the first out. Ramos then swung at a 2-0 pitch near his eyeballs and flew out to center which was probably the key at-bat of the game. Conforto then flew out to left to end the frame.

Then the rains came to the D.C. area briefly because the baseball gods weren’t satisfied with me watching my two teams lose at once. They had to give us a rain delay of about an hour so that my attention was squarely on the Rangers getting eliminated. They wanted me to watch the third period much in the same way that Nicky Santoro was grabbed and made to watch Dominick get beaten and buried alive before he got beaten himself. That’s what this night felt like. The rain enabled me to watch the Rangers get whacked before they took the bat to me.

Aug 3, 2020; Toronto, Ontario, CANADA; Jordan Martinook #48 of the Carolina Hurricanes celebrates with Brock McGinn #23 and Morgan Geekie #43 after scoring a goal against the New York Rangers in the second quarter of Game Two of the Eastern Conference Qualification Round prior to the 2020 NHL Stanley Cup Playoffs at Scotiabank Arena on August 3, 2020 in Toronto, Ontario, Canada. Mandatory Credit: Andre Ringuette via USA TODAY Sports

They took the bat to me in the 8th and 9th. Brian Dozier had his first hit as a Met in the 8th. But with Andres Gimenez up, Dozier decided to try to take second on a dirt ball read. This is where I learned something about Dozier: he’s slow! He took himself off the bases as Yan Gomes threw him out by an eyelash at second. Gimenez then singled to make the Dozier play look silly, but Nido, who again wasn’t pinch hit for, struck out to end the 8th.

Then with two outs in the 9th (and by the way, the first out was Laz Diaz ringing up Brandon Nimmo on a pitch which was a foot outside), Pete Alonso walked to bring the tying run to the plate, but Ramos flied out harmlessly to center to end the 5-3 loss. The winning streak of one is now over, and with Jacob deGrom not set to pitch for another four days, this could get uglier than it already is. Knowing how ugly this season, and this year is already, I’m scared to ask how it could get worse.