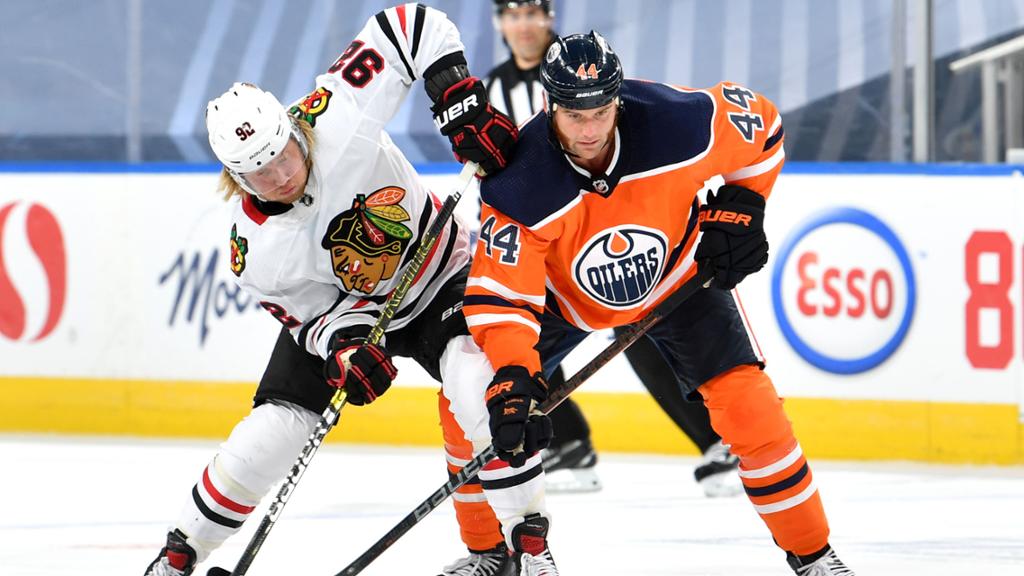 The Edmonton Oilers will play for their lives on Friday afternoon. After blowing a late lead and falling 4-3 on Wednesday night in Game 3, the Oilers must win this afternoon to force a Game 5 on Saturday. The good news for the club? They’ve been strong coming off of a loss this season, and are 1-0 in the position in the Qualification Round.

Mikko Koskinen gets the start for the Oilers, while Corey Crawford gets the nod for the Blackhawks.

Edmonton: Stay disciplined. Fact of the matter is, the Oilers have been the better of the two teams at five-on-five in each of the last two games. They are just giving the Blackhawks way to many powerplay opportunities. Yes, the Hawks were one-for-six on Wednesday night, but the parade of penalties took the rhythm out of the Oilers game. It also basically eliminated certain players from seeing the ice because they don’t kill penalties. Stay out of the box, and the Oilers should get into a rhythm and have a chance today.

Chicago: Pucks on net. Yeah, I know its the old hockey saying that everyone hates. It’s proving to be a factor in this series, however. All four of Chicago’s goals in Game 3 came off of some sort of deflection. They aren’t playing it fancy, the Hawks are just putting pucks to the net and they are getting bounces. Why fix what clearly isn’t broken?

Edmonton: Andreas Athanasiou played his best game as a member of the Oilers on Monday. He wasn’t as good in Game 3, but was still solid. Today, he’s likely going to get a chance to skate with Leon Draisaitl and Kailer Yamamoto at five-on-five. This is Athanasiou’s chance to really breakout with the Oilers. He’s played well enough and is due for a goal. Plus, the Oilers really need a secondary player to step up. The recipe for success is there.

Chicago: Kirby Dach has been a monster this series. He’s had the task of shutting down the Draisaitl line at five-on-five, and has done a decent job of it. By my eyes, Dach won the battle in both Games 1 and 2. If he can win that battle today, and negate that line at even strength, the Hawks will finish this series off.

Tyler Ennis (lower-body) is done for the series for the Oilers. Adam Larsson (unfit to play) is questionable after missing Game 3 as a late scratch. Sources indicate he is unlikely to play today, but we will not know until warm-ups.

The Oilers lineup won’t be known until shortly before puck drop. Dave Tippett is not scheduled to speak today, so the lines below are a best guess and are subject to change.

The Blackhawks are healthy and winning. So, as to be expected, they will roll out the same lineup that they did in Games 1 and 3.

“All we can worry about is winning the next game,” Alex Chiasson said Thursday. “We faced adversity all year, we got a group to do something. If there’s a group that can do it, it’s this group here.”

Special teams is a focus for all the wrong reasons right now in Edmonton. It hasn’t been all bad, however. The Oilers have killed off 12 of the 16 penalties they have taken through the first three games. On the powerplay, the club is 5-for-12, a strong 41.7%.

Another area of strong performance by the Oilers? In the dot. The Oilers have won 55.2% of the faceoffs taken this series. They’ll need that puck possession off of draws tonight if they hope to sustain pressure on Corey Crawford and even this series.