No Commencement of Beatings Until Further Notice 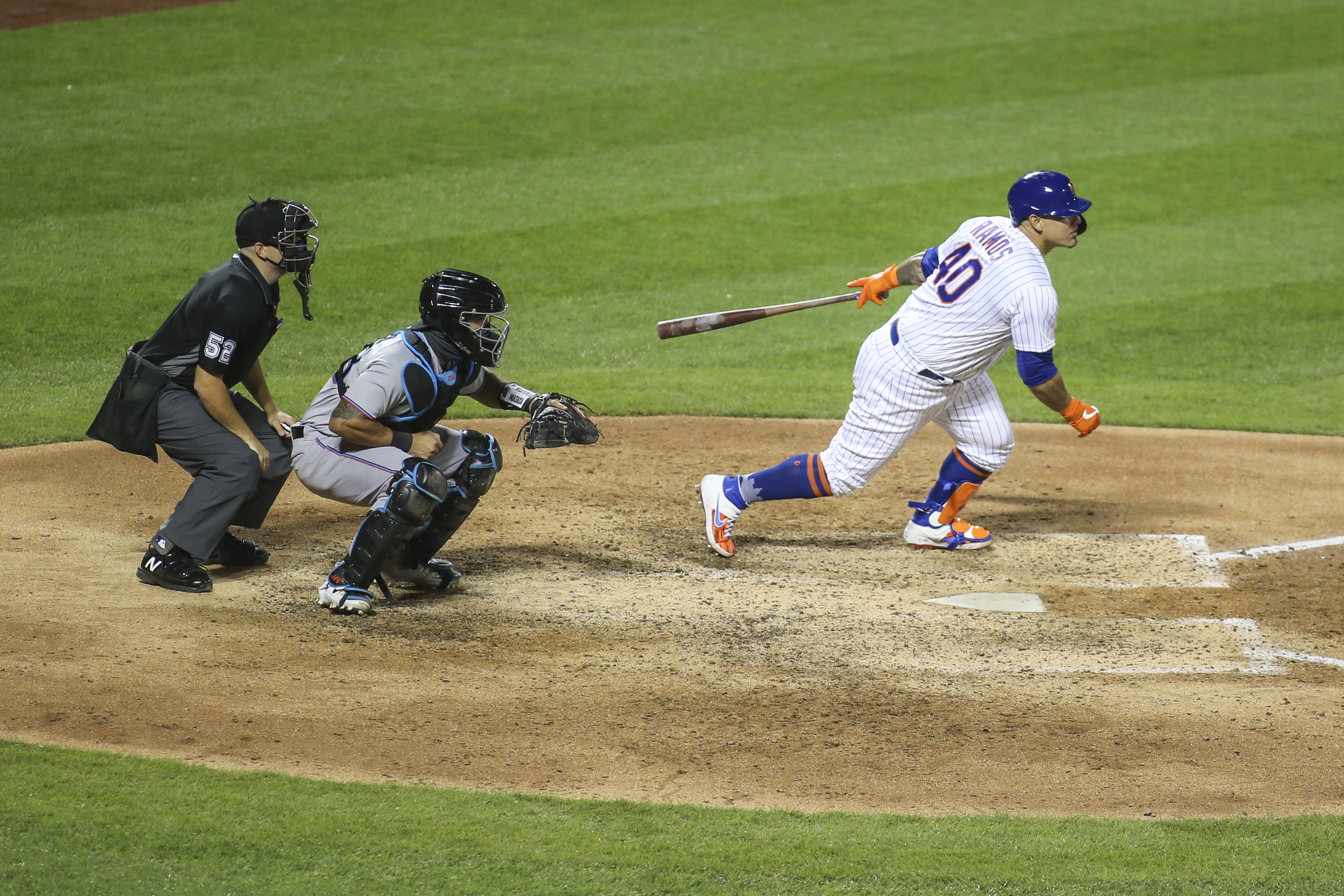 No Commencement of Beatings Until Further Notice

The Mets are probably lucky that social distancing is keeping Jacob deGrom from giving his teammates a beating.

The Mets took the bounty that Jacob deGrom gave them … a seven inning 14 strikeout game which only grew one run (or as my friend messaged me tonight: “one bullshit run”), and stomped it into the ground in the 8th, making me wish that Rob Manfred would have made every game seven innings.

Justin Wilson wasn’t sharp, which is to be understandable after the long layoff, and perhaps also true is that Wilson hasn’t had a great season up until the layoff. He loaded the bases with one out before Luis Rojas brought in Edwin Diaz for the five out save. Diaz struck out Jesus Sanchez, and then gave up an infield single as J.D. Davis pulled a Roger Dorn on the hardest ball hit since Edwin Encarnacion’s home run off Ubaldo Jimenez in the 2016 Wild Card game, according to the Statcast In My Noodle™. That made the score 4-2

After walking Corey Dickerson to make it 4-3, Diaz went 2-1 on Brian Anderson. Then the trainers came out, and that was it for Diaz. Thankfully, it doesn’t seem to be anything too serious.

Edwin Díaz was dealing with left leg cramps during the eighth inning tonight.

So Brad Brach has to come in with a 2-1 count on Anderson and the bases loaded. The fact that he only got away with walking Anderson and escaping the inning with a 4-4 tie is amazing for Brach, and the Mets reaped the benefits as Wilson Ramos drove in the go ahead run with a single the other way for a 5-4 lead in the bottom of the 8th. Ramos needed that hit almost as much as the Mets needed a win, with Ramos batting .100 with runners in scoring position.

So Brach comes out for the ninth (because really, who the hell else is going to close?) and gets an out before walking Jonathan Villar, which is really hard to do because Villar swings at everything against the Mets. But Villar tried to steal second and was safe by a mile, except for one small detail: Villar never hit the bag because Jeff McNeil put his foot in front of it. So they reviewed it, and he was out.

From there, it was easy for Brach as he got Miguel Rojas to fly out to end it. Jacob deGrom doesn’t get his win, but the Mets coming back means that nobody is getting the crap beat out of them, yet. Hopefully Diaz can come back soon, because the irony of losing Diaz for any length of time after converting Seth Lugo to the starting rotation would drip like cheese off a Shake Shack burger.

No hate tonight. Just love for Dom Smith and love for humanity.