This Game Makes You Angry 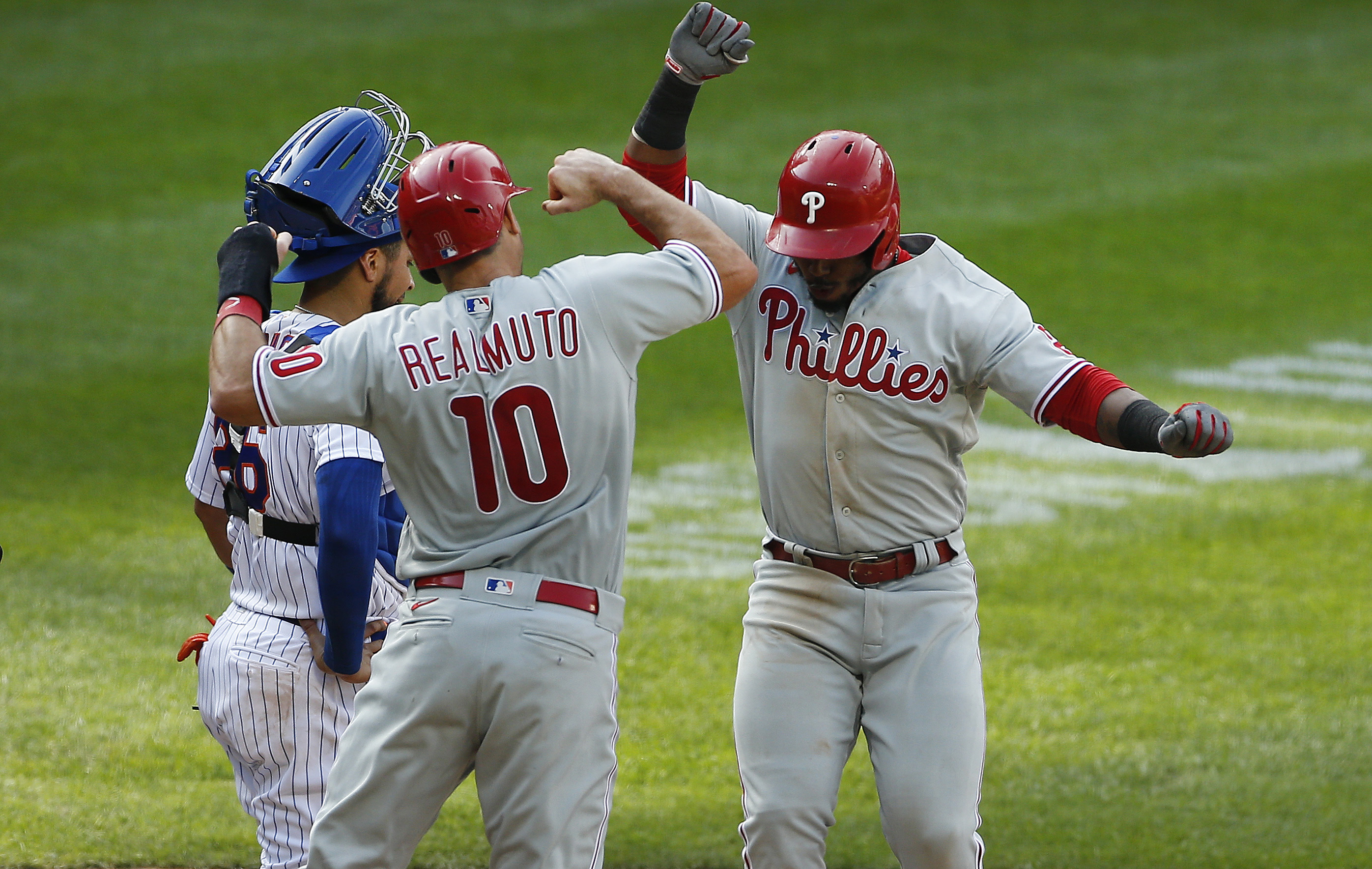 This Game Makes You Angry

I thought going in that the Mets needed to win three out of four against Philadelphia. But with Zack Wheeler going against David Peterson, I knew it would be a tall task.So when the Phillies got off to a 5-0 lead because Luis Rojas took Peterson out one inning too late after giving up three in the first while Wheeler set the Mets down in nine pitches in the first, I was resigned to fate.

Monday’s game was always that pivot game. Win it, take three of four from the Phillies, then hope to do some damage against the Orioles and the Blue Jays who are without Bo Bichette and Teoscar Hernandez. Lose it, and that week turns into your Waterloo because every loss will seem like one you should have had. These pivotal games, when they’re lost, seem to always be lost in the most infuriating of ways. So when Peterson gave up five and then JT Realmuto put them up 6-0 with a dinger, I was fine with going away quietly. There wouldn’t be a blown six-run lead or anything like that.

But the Mets had to go and fight. And make no mistake, it’s to their credit. The way the game was going, the Phillies were going to have to hope that Wheeler kept the Mets whiffing at fastballs so that he wouldn’t have to depend on his defense and his bullpen, both of which are sketchy. If that continued to happen, Wheeler would have gone eight innings and it would have been quick and painless. But when Andres Gimenez doubled to lead off the fifth, and three straight doubles later in the inning by Michael Conforto, J.D. Davis and Dominic Smith made the score 6-3 and goosed up Wheeler’s pitch count, the Mets had their opening. Because at 83 pitches, Joe Girardi decided to sit Wheeler and go to the ‘pen. 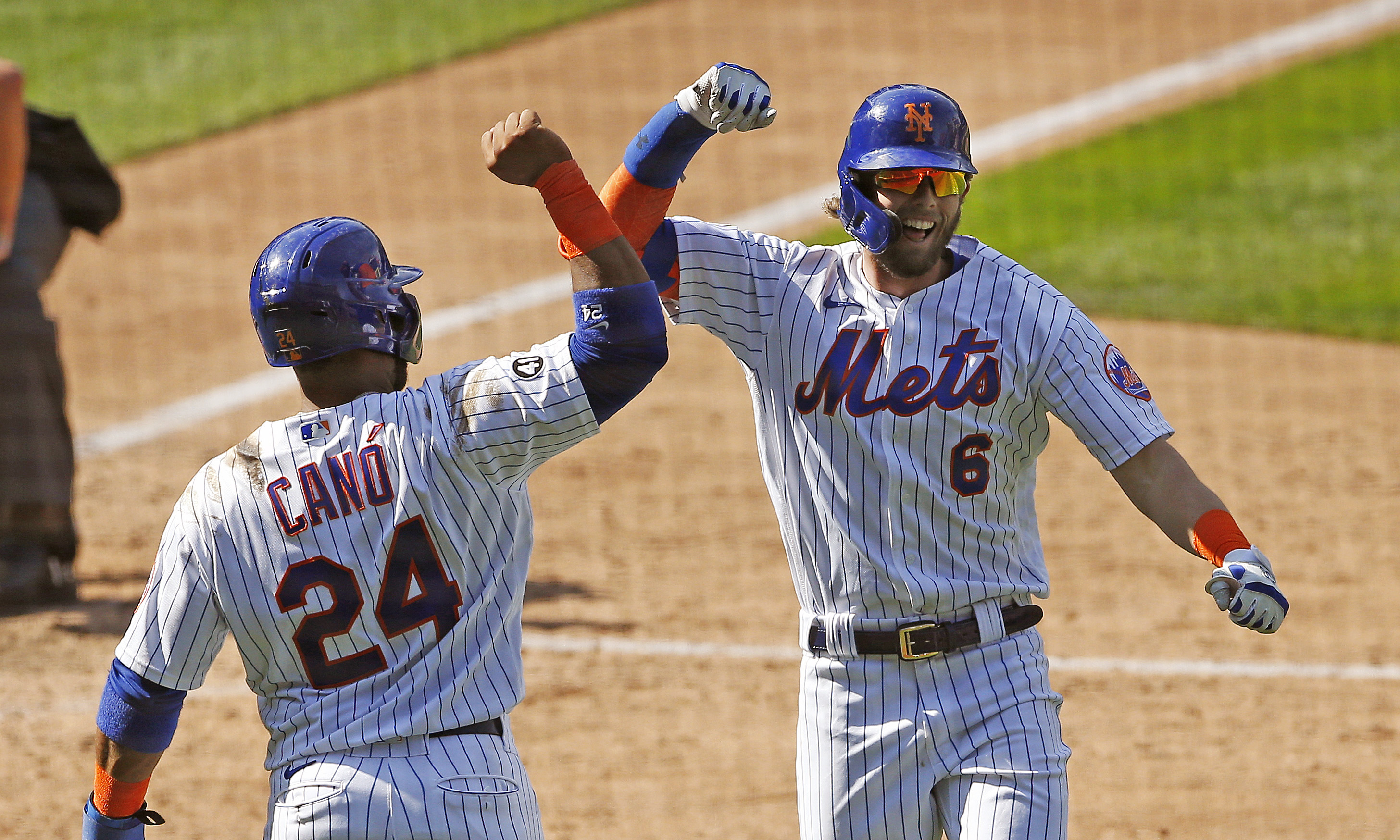 In the 7th, the Phillies pitching and defense worked in our favor. Didi Gregorius threw away a potential inning ending double play with Jojo Romero (Your Life Is Calling) covering first. David Phelps came in and Jeff McNeil made the Phillies pay with a three run homer to right to give the Mets a 7-6 lead and send the corrugated plastic cutouts to delirium. Great! Mets had the lead. But now, a Mets loss would only be of the heartbreaking variety.

Jeurys Familia gave it right back in the 8th. With two outs in the 8th, Familia walked Andrew Knapp, perhaps being careful because Knapp hit a Jacob deGrom fastball out of the yard yesterday, and he was hitting .462. But he’s still Andrew Knapp and you can’t walk him. Familia did and subsequently gave up a game tying base hit to Alec Bohm which also saw Knapp vapor lock on the basepaths and run himself into the third out.

The Mets couldn’t take advantage of a Gregorius error in the 8th, but Edwin Diaz set the Phillies down in 12 pitches to give the Mets a chance in the 9th. When the Mets couldn’t end it, the game went to the 10th and the Mets had a choice. Stick with Diaz, who pitched a second inning without incident a few days ago, or go to Miguel Castro. I zigged and advocated for Diaz, but Rojas zagged and went Castro in the 10th. Okay, whatever. Make me crazy. But what made me actually crazy happened in the inning rather than before. 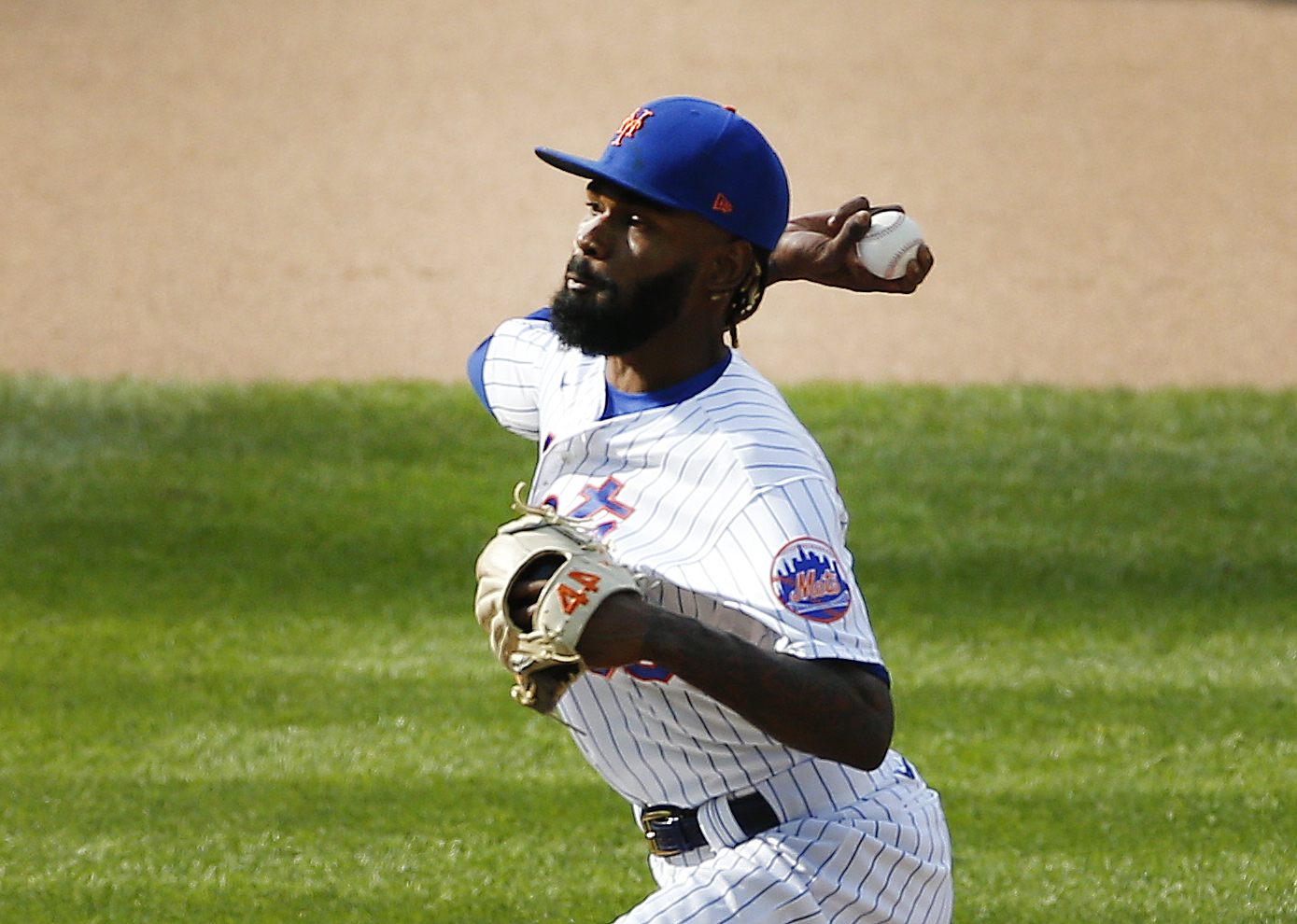 Bryce Harper lined out to put the free runner, Rhys Hoskins, on third. Realmuto then chopped a ball to the drawn in Gimenez who threw Hoskins out by getting him in a rundown. Now, two outs and Realmuto on second base. First base is open and Jean Segura is up. Now if you’ll allow me, I’d you to revisit the last time a Met pitcher threw an inside fastball to Jean Segura in a big spot:

(Editor’s note: This is where the video from Jean Segura’s grand slam off Edwin Diaz last year is supposed to show up. It didn’t, despite the promises of the new MLB Film Room website that I can embed videos. Instead, they disappear. So if you want to relive the horror of Segura’s grand slam … for research purposes, of course … go to this link.)

So back to today, when Castro faced Segura, it was obvious to me, the television booth, and basically everyone in America that you don’t throw Segura a fastball, let alone on the inner half. Let’s see what Miguel Castro did:

(Editor’s note: I don’t know why this is happening so just go here.)

Jesus H. Feliciano. After throwing him two sliders, Castro tried to get cut with an inside fastball and it was deja vu all over again as Segura parked it and beat the Mets again. Keith should have been on that mound saying that if you throw Kevin Bass a fastball I’m going to murder you. There’s no way you let Segura beat you with first base open when you have a rookie and a backup catcher waiting. It really just unforgivable. Damn Brodie for trading more possible future so that this guy could screw up our present. And damn whoever called for a fastball from the dugout. Rojas, Hefner, Chirinos, all of them. This entire sequence of events is unforgivable.

The Mets, of course, capped off the great tease by bringing home a run in the 10th to make it close and set up J.D. Davis sending a two out line drive to the warning track before falling into Adam Haseley’s glove for the final out. All credit to Gimenez for the game he had, and to Erasmo Ramirez for five good innings of work. But I honestly would have rather they lost 6-0. Some on twitter have disagreed with me on that sentiment. But I’m tired of seeing all of this fight and battle end in heartbreaking losses because the people that wear suits and the coaches and managers that they hire and the players that they trade for can’t get their acts together.

Keith was right: This game will make you angry.