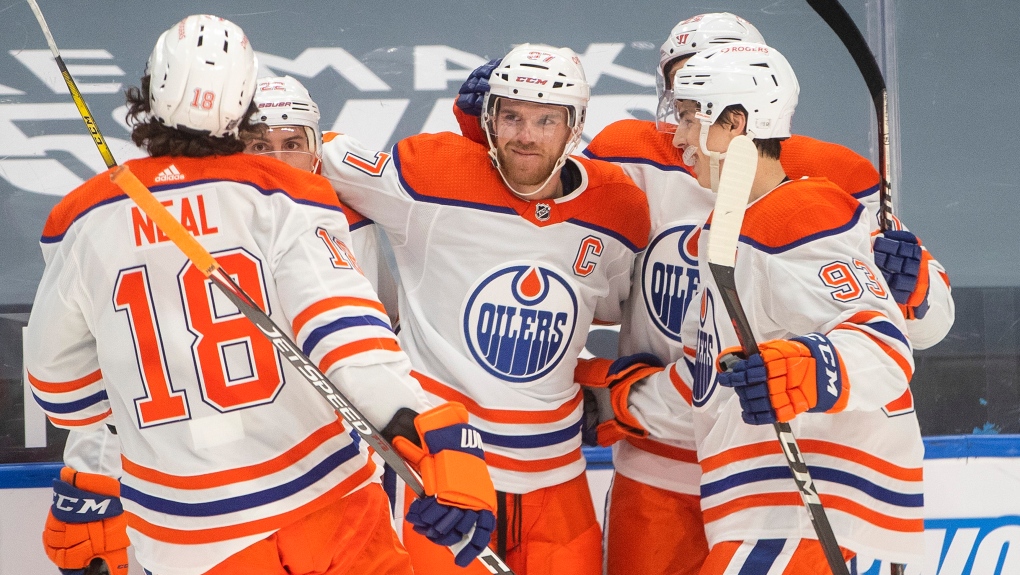 Yesterday, I wrote in this space that the Edmonton Oilers were entering a six-game stretch that would define their season. The Oilers, in my estimation, need to go at least 4-2-0 in the stretch. A big reason why is because four of those six games are against the Ottawa Senators. Edmonton took care of business in game one of the stretch, knocking off the Toronto Maple Leafs 4-3 in overtime at Rogers Place on Saturday night.

The victory, compliments Connor McDavid doing Connor McDavid things, pushes the Oilers to 4-6-0 on the young season. It also gives them a little momentum heading into a two-game set against a struggling Senators team.

“Oh man, yeah. That’s just what he does,” Tyson Barrie said of McDavid’s unreal second period goal. “He’s been doing it since he came into the league. It’s incredible. That’s the second time this year already, if not more, where everyone is just kind of in awe of something he does. It’s pretty impressive. I don’t know how you stop that.”

Quite frankly, you don’t stop it. At least, no one has figured out how to just yet. McDavid is also playing arguably the best hockey of his career right now, and it’s vital the Oilers don’t waste the kind of production he is putting out on a nightly basis. Perhaps being lifted by the captain against arguably the division’s top team will spring Edmonton back into the playoff race.

“Hopefully this is a turning point for us and we can go on a bit of a tear,” Barrie continued in advance of the team’s meeting with Ottawa on Sunday night.

The Oilers will need it to be a turning point if they are to make a serious run at playoff positioning.