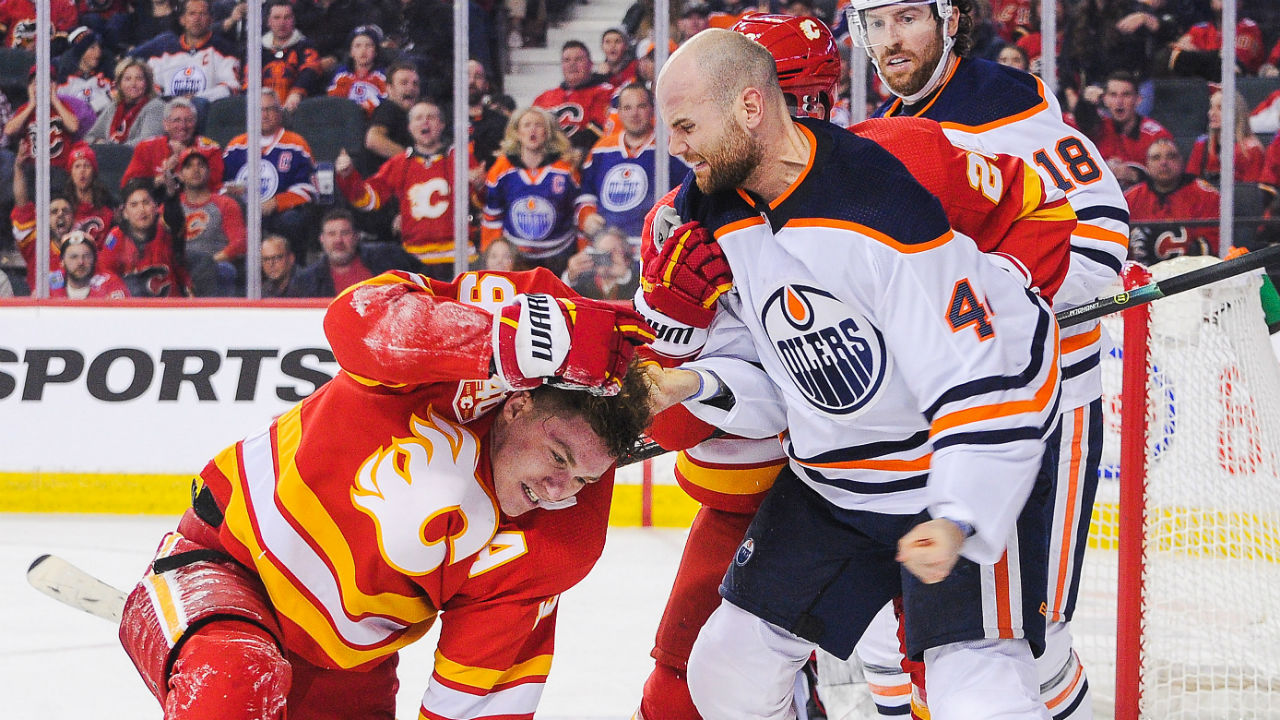 The Edmonton Oilers will put their three game winning streak on the line tonight as they open a four game road trip in Calgary against their bitter rivals the Flames. The marks the first real meeting between the sides since their brawl-filled battle on February 1st, 2020. For the Oilers, it’s a chance to potentially hold sole possession of fourth place in the North Division.

Jacob Markstrom, who turned the Oilers down in October, gets the nod for the Flames, while Mikko Koskinen starts for the Oilers.

Edmonton: Bring the intensity. The Oilers need to be fully engaged tonight, and they to be ready for the inevitable push from the pests on the Flames roster. Edmonton needs to be ready both physically and mentally for this game. The two points are the most important thing tonight. Yes, the hits will be nice and the fights will be fun, but the Oilers need to lock in, play their game and further Calgary’s early season struggles.

Calgary: Unleash the turtle. Look, say what you want about Matthew Tkachuk but he’s a helluva hockey player and he does a damn good job at pissing people off. In Calgary’s second regulation victory of the series, Tkachuk baited Zack Kassian into taking a dumb penalty that ultimately decided the game. If guys like Tkachuk and Bennett can get under Edmonton’s skin and make the Oilers’ subpar penalty kill go to work, they’ll be in business.

Edmonton: Darnell Nurse has had, to my eye, his best season as an Oiler. He’s been strong at five-on-five and has largely erased the bad reads and mistakes that have plagued him in recent years. Nurse has always been at his best when he is locked in physically. There is no more physical matchup in the game today than this one. I suspect Nurse will rise to the occasion and have a big impact on this hockey game win or lose.

Calgary: Matthew Tkachuk is the center of attention tonight, for better or for worse. Tkachuk, who for my money is the Flames’ most impactful player, is an outstanding combination of skill, competitiveness and physicality. In many ways, he’s perfect. Of course, he has a history of dirty hits and doesn’t know when to hold back, but overall he’s a damned good player who creates issues for the Oilers. If he’s locked in and can get under Edmonton’s skin while keeping his emotions in check, he’ll be the difference tonight.

The Oilers lost Troy Grosenick on waivers to the Los Angeles Kings this afternoon, and as a result had to recall Stuart Skinner from the taxi squad to backup. Ethan Bear, meanwhile, was placed on injured reserve. Sources indicate the the placement is retroactive to last Saturday when he was injured, and that Bear could play on Monday night.

Jujhar Khaira was recalled from the taxi squad, and is likely to draw back into the lineup tonight. Gaetan Haas, who missed practice on Friday, is questionable.

These lines are not confirmed and are subject to change.

The Flames enter tonight largely healthy. Reserve goalie Tyler Parsons (ankle) is on IR, while Derek Ryan suffered a finger injury on Thursday night and is not available. Calgary’s lineup is also not confirmed and is subject to change.

“We don’t like them. They don’t like us,” Kassian, one of the stars in last year’s show, said on Saturday morning after the team’s skate. “Everyone in the surrounding areas gets up for these games, not only the teams but the fans on both sides. I think it brings a little more intensity just because it’s the ‘Battle of Alberta’. This is a very important trip for us to keep building confidence. You look at Calgary and they’ve lost a couple. When the teams and points mean a lot, it comes with good hockey.”

On Tuesday night in Edmonton’s 4-2 victory over the Ottawa Senators, Dave Tippett elected to go with eleven forwards and seven defensemen. He would not confirm nor deny that the 11/7 format would be deployed again in Calgary. In fact, Tippett was 100% non-committal on his lineup for tonight’s game.