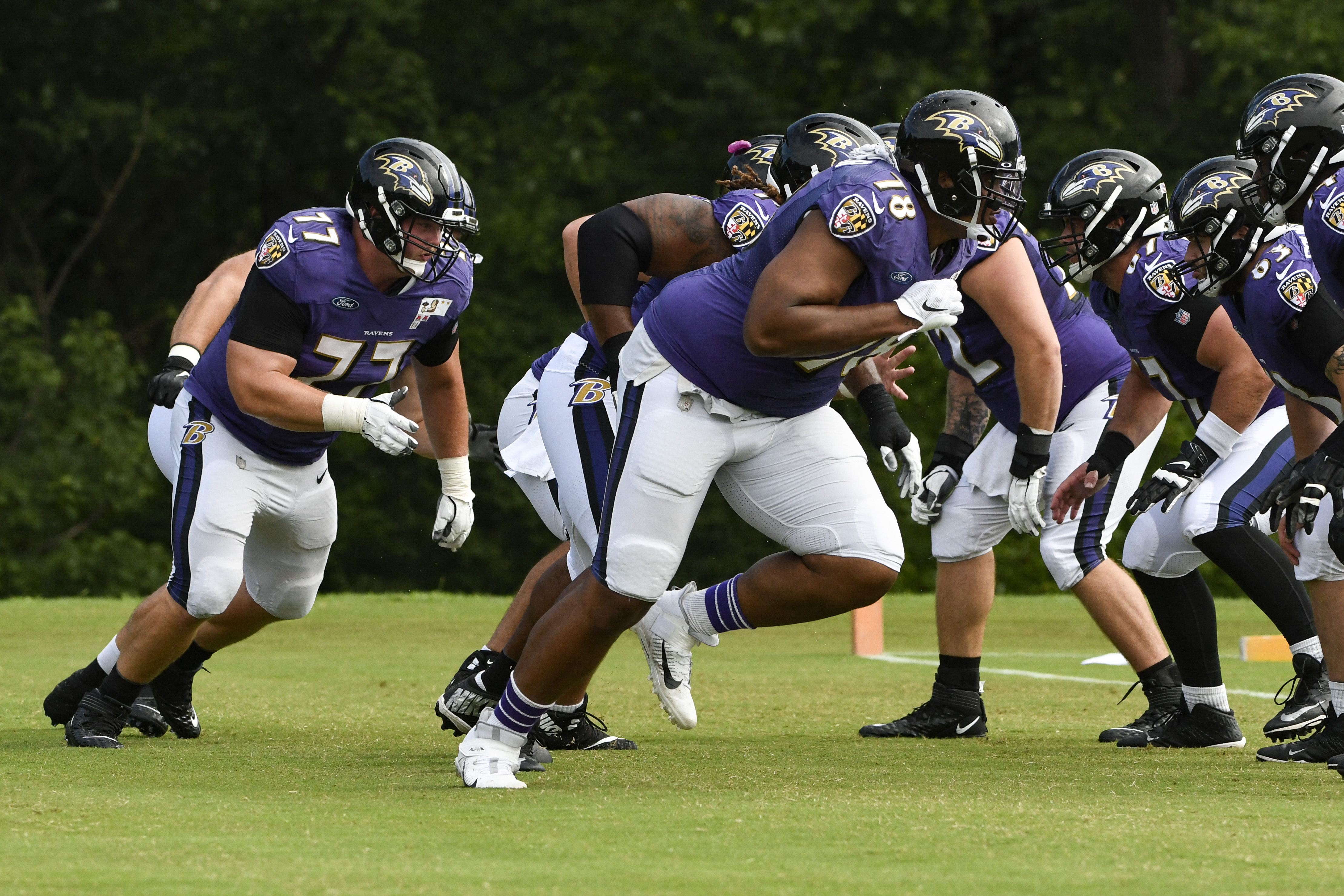 Kind of unexpected from a “legacy” player— his dad was the original “Zeus” of the Ravens— but Orlando Brown Jr. wants to break away from the Ravens if the team goes back to Ronnie Stanley at left tackle.

Pro Bowl offensive tackle Orlando Brown Jr. has made it clear that he would like to be traded. According to CBS NFL Insider Jason La Canfora, Brown has been given permission to seek a trade, and multiple teams are interested in his services.

La Canfora says based on the level of interest, there’s a good chance a trade that makes sense for all parties involved comes together. However, Brown is talented and has a strong relationship with the Ravens franchise, who would certainly want good value in return for him. Brown was selected in the third round of the 2018 NFL Draft and started 10 games in his rookie season at right tackle. He started all 16 games on the right side in 2019, and made his first Pro Bowl. However, things changed this past season.

When star left tackle Ronnie Stanley went down with a severe ankle injury, Brown moved over to the left side. There, he found success and made his second straight Pro Bowl. Now, he wants to stay at left tackle to honor his late father and former Raven, Orlando Brown Sr.

“Growing up in my household, if you were going to play O-line, my dad didn’t want you being on the right side,” Brown told The Baltimore Sun in November.

The Ravens would need to receive a major haul to trade Brown, and there’s a good chance they receive what they want with how the 24-year-old played in 2020.

Before Week 8 of last season, Brown was one half of quite possibly the best pair of offensive tackles in the NFL. Brown had been starting on the right side while Ronnie Stanley was a first-team All-Pro as Lamar Jackson’s blind-side blocker.

Brown’s rise had already been impressive. A near-unanimous All-American and two-time Big 12 Offensive Lineman of the Year awards, Brown was a star at Oklahoma and clearly had NFL size at 6-foot-8 and 353 pounds. However, a disastrous NFL combine — his 5.85 40-yard dash was the slowest of any player at the combine and he finished last in the bench press, vertical jump, and broad jump among all offensive linemen — tanked Brown’s draft value.

Brown fell to the third round of the 2018 NFL draft, where the Ravens scooped him up. Once he was back to playing football and not running in straight lines or lifting weights, he started shining again. Brown was the Ravens’ starting right tackle by the end of his rookie year and a Pro Bowler at the end of his second year, a significant part of the NFL’s most explosive offense in the 2020 season.

The Ravens obviously wanted to run that back, signing Stanley to a record five-year contract last November. Unfortunately, Stanley went down with a season-ending ankle injury just days later. Rather than find a single replacement for Stanley, the Ravens moved Brown to the left side and tried out rookie Tyre Phillips and veteran D.J. Fluker on the right side.

Brown impressed at left tackle, while the right tackle duo (as well as the rest of the O-line) did not.

With only one year left on his rookie contract, staying at left tackle would obviously benefit Brown as he prepares to hit what should be a lucrative free agent market, but that’s not happening as long as he’s on the same team as Stanley.