Oilers Understand They "Can't Play That Type Of Game" Against Jets 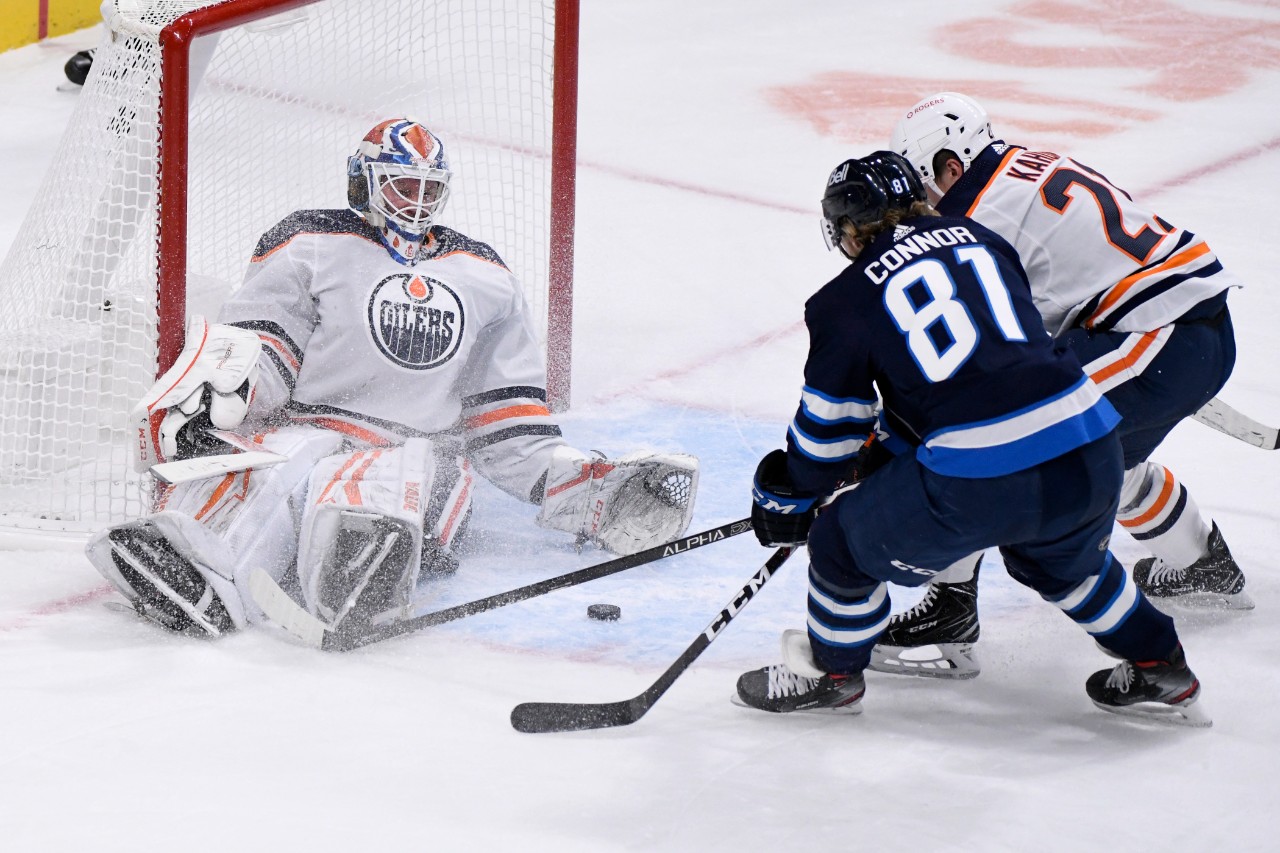 Oilers Understand They "Can't Play That Type Of Game" Against Jets

The offense was spectacular for the Edmonton Oilers on Monday night. The Oilers both outshot and outchanced the Winnipeg Jets, and fired five goals home. Normally, that would equal a victory. Not on Monday. The Oilers couldn’t get the big save from Mike Smith or Mikko Koskinen, and committed far too many turnovers while surrendering six goals in a 6-5 loss.

“Any time you give up six, it’s not a great night,” Tyson Barrie told reporters postgame. Barrie recorded a pair of assists and now leads the Oilers in points among defencemen with 14, but was one of many players who had a bad night in his own zone. “We tried to claw back but it was not a good enough defensive game from us and we made some mistakes that cost us.”

“It was a weird game,” Alex Chiasson, who scored his first two goals of the season, added. “Every time we got our game back we’d get scored on, and then we were trying to get that goal back. You can’t play that type of game against that team. They’re too dangerous up front and they capitalize on their chances.”

The Oilers, in their last two games against the Jets, have managed ten goals. They are 0-2-0 however, as the Jets have scored six goals in both meetings. Bleeding out defensively against this team in particular isn’t anything new.

Not all is lost, however. At the end of the day, Edmonton created more scoring chances than the Jets did. The difference in this game? The Jets got some big saves, the Oilers missed on a few chances, and every Edmonton mistake seemed to backfire in a big way.

“We had lots of opportunities and didn’t capitalize, and it seemed like we would make a mistake and it would end up in our net,” Head Coach Dave Tippett lamented. “That’s the way it goes some nights. You just have to regroup and we’ll get back at it on Wednesday.”

The Oilers offense can keep the same mentality in the rematch. The defense and goaltending? Those are the two groups who need to badly reset for Wednesday’s key game.