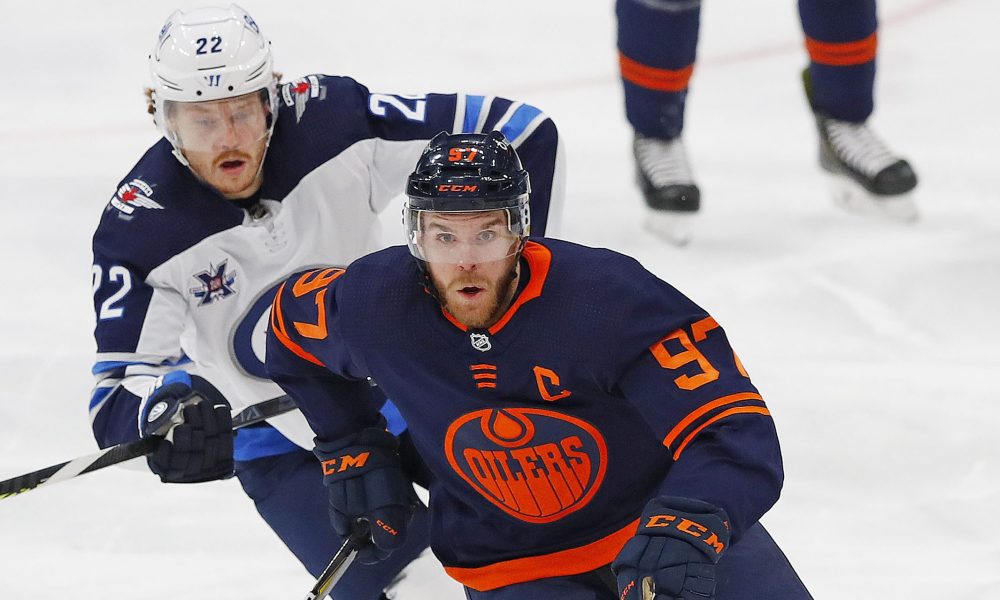 Firewagon hockey made another appearance at Rogers Place on Monday night, but unlike the Oilers 8-5 game against Ottawa, the high-powered offence fell short to the Winnipeg Jets. Tonight, the Oilers look to split their latest two-game set against the Winnipeg Jets, the team sitting just one point ahead of them in the Scotia North standings.

Edmonton:
Tightening up defensively is an absolute must. The Oilers are the only team in the top four of the Scotia North that has allowed 50 or more goals. The idea of playing a 6-5 game every night is fun in theory, but in execution, it will burn you down the stretch if there are question marks defensively and in net.

Winnipeg:
Get to the net and get traffic in front of Mike Smith. Winnipeg did just this with Blake Wheeler’s game-winner coming off a deflection in front of the blue paint. Winnipeg has 20 high danger chance goals this season according to naturalstatrick.com, only five back of the league-leading Carolina Hurricanes.

The talk of the Oilers offense is usually in the forward group centered around the play of Connor McDavid and Leon Draisaitl, but Ryan Nugent-Hopkins has shown why you shouldn’t forget about him. The most tenured member of the Oilers roster scored twice in Monday night’s game and is third on the team in goals this season with seven.

Winnipeg is a team with more than just a strong solid top six, the depth forwards that can burn you, and one of those names that has done just that is Mason Appleton. Appleton has slotted in nicely as a depth forward for the Jets putting up nine points this season playing on their third line.

Connor McDavid is still searching for the 500th point of his NHL career as he enters tonight’s game. Tonight if McDavid is able to reach the 500 point club, he’ll be in the company of only seven other members of the franchise during their NHL tenure (Wayne Gretzky, Jari Kurri, Mark Messier, Glenn Anderson, Paul Coffey, Ryan Smyth, and Doug Weight).