Oilers Use 'Solid Game' To Hold Off Jets 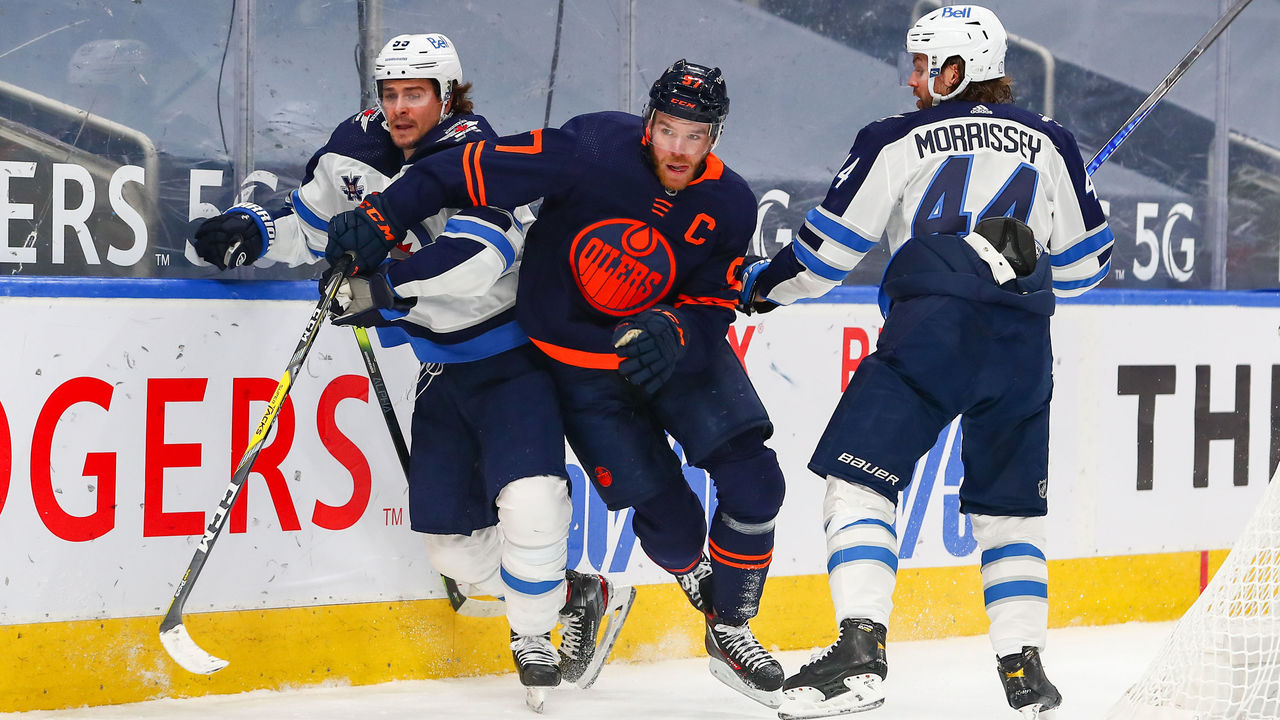 Oilers Use 'Solid Game' To Hold Off Jets

Sometimes, your best players just need to be your best players. That was the case on Thursday night in Edmonton, when Connor McDavid lit the lamp twice in a massive 2-1 victory for the Oilers over the Winnipeg Jets at Rogers Place. The win pushed Edmonton into a tie for first place in the North Division with the Toronto Maple Leafs.

“I loved the way our team played,” McDavid, the offensive hero of the night, said after the win. “I thought we were solid all over and really did a good job of clogging up the middle. Our D really moved pucks well, broke it out well, and Koski held us in there when he had to.”

With the game on the line, the Oilers really buckled down and clogged things up for the Jets. Winnipeg, chasing the game, managed only seven shots on goal while pushing for the equalizer in the third. They didn’t generate any real chances until the final minute with the net empty.

In fact, outside of a six minute stretch in the second period, the Oilers largely shutdown a Winnipeg offense ranked in the top-ten in goals for in the NHL. It was a welcomed changed after allowing over four goals per game to the Jets in the first four meetings of the season.

“We played a really solid game all over the ice,” Mikko Koskinen, who made 24 saves in the win, said. “I didn’t think there were many odd-man rushes, which is pretty crucial for us, and we didn’t lose the puck at the blueline, so that was really good tonight.”

With Mike Smith back in the fold, Koskinen has been getting adequate rest and as a result been playing good hockey. His season save percentage is now up to .903 after Thursday’s strong performance.

The Oilers will need Koskinen, or Smith, to keep the strong play up. They’ll also need the defense to once again stifle the Jets when the sides conclude their miniseries Saturday night in Edmonton.