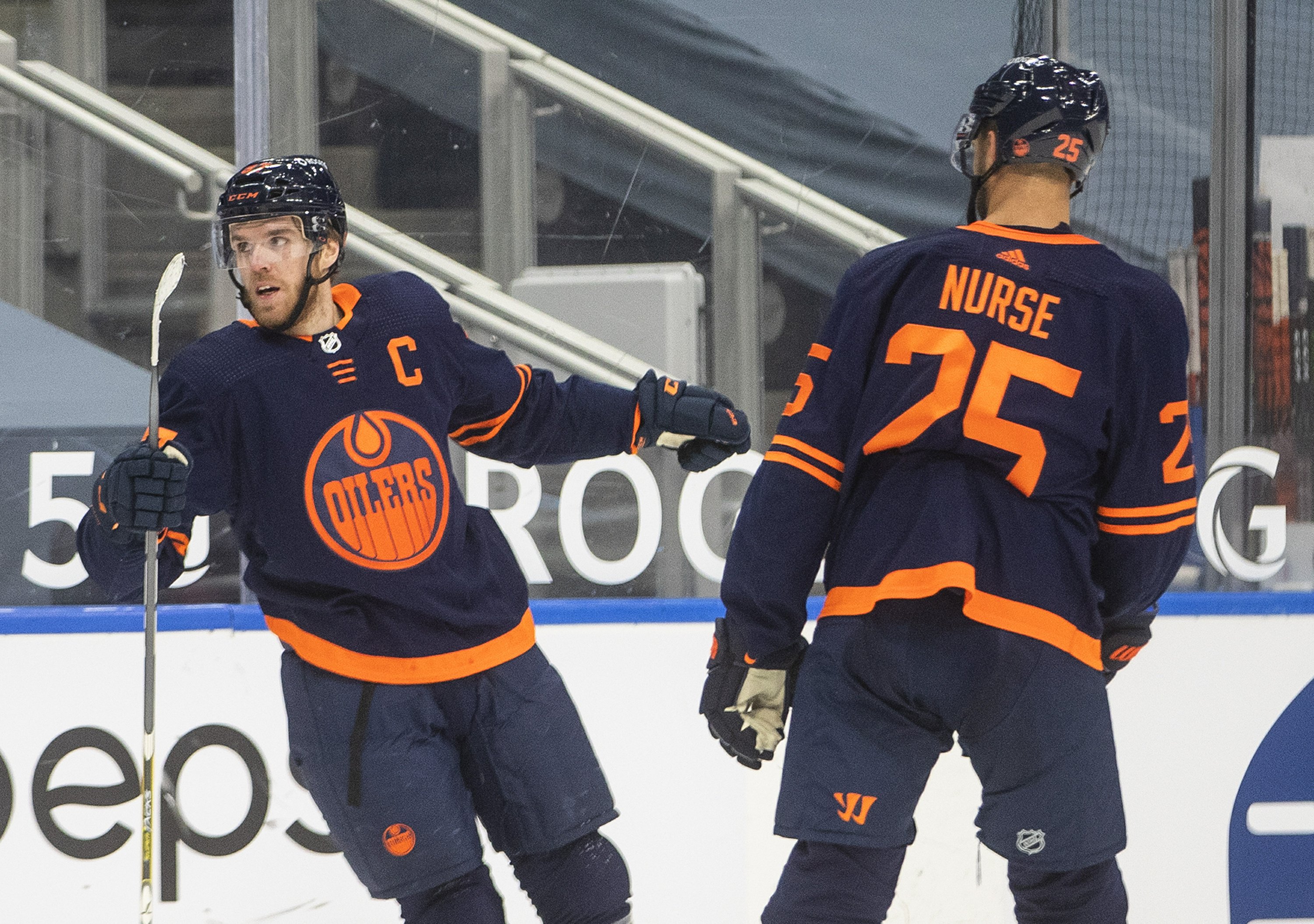 The Edmonton Oilers trailed 2-0 in the first period of their game against the Winnipeg Jets on Saturday night. The Oilers weren’t playing poorly, but they weren’t getting the bounces. Against a hungry Jets team trying to avenge a tough loss on Thursday night, things looked bleak for the Oilers.

Even after Connor McDavid snapped home his 21st of the season to cut the Jets lead to 2-1 after the first period, things were still uneasy. The Oilers struggled to create any chances of note in the second period, and still trailed after forty minutes.

Usually, the dagger from the Jets would come in the first ten minutes of the third period. But this Oilers team is different. They are more mature. They are patient. They are resilient.

All of those things combined in the third period, as Darnell Nurse tied it and Leon Draisaitl won it. Trailing 2-1 after two periods, the Oilers battled back for a massive 4-2 regulation victory and a two-game sweep of the Jets.

“We’re resilient, we figure out different ways to stick around and win hockey games,” Draisaitl said after the team’s third consecutive victory. “That’s a big part of making the playoffs and I think we’ve done a great job of that this year. We have to keep that going.”

Draisaitl started the night with Dominik Kahun and Josh Archibald on his wings. He ended the night playing with McDavid and Jesse Puljujarvi. The results include the game winning goal, and a dominant set of shifts.

Although not consistent linemates, when Draisaitl and McDavid get together there is instant chemistry and confidence. Very rarely are they ever slowed down, let alone shutdown.

When they are together, it puts the pressure on the rest of the lineup to step up and help out. Nurse and Devin Shore both did that with third period goals.

“The confidence, you can just feel it throughout the lineup,” McDavid said postgame. He leads the NHL with 60 points, and is now tied for the league lead with 21 goals. “We’re getting contributions from everybody, and when you’re doing that it’s hard not to feel good. From the net out, guys are working hard, buying in and it’s contagious. We’re trying to build something here, but we have a long way to go and lots of work left to do.”

The work continues tomorrow night, as the Oilers head east for a difficult five-game road trip. It starts with three games in Montreal against the Canadiens, and is followed up by a pair of showdowns in Toronto against the Maple Leafs.