Oilers To Be Careful With Alex Stalock 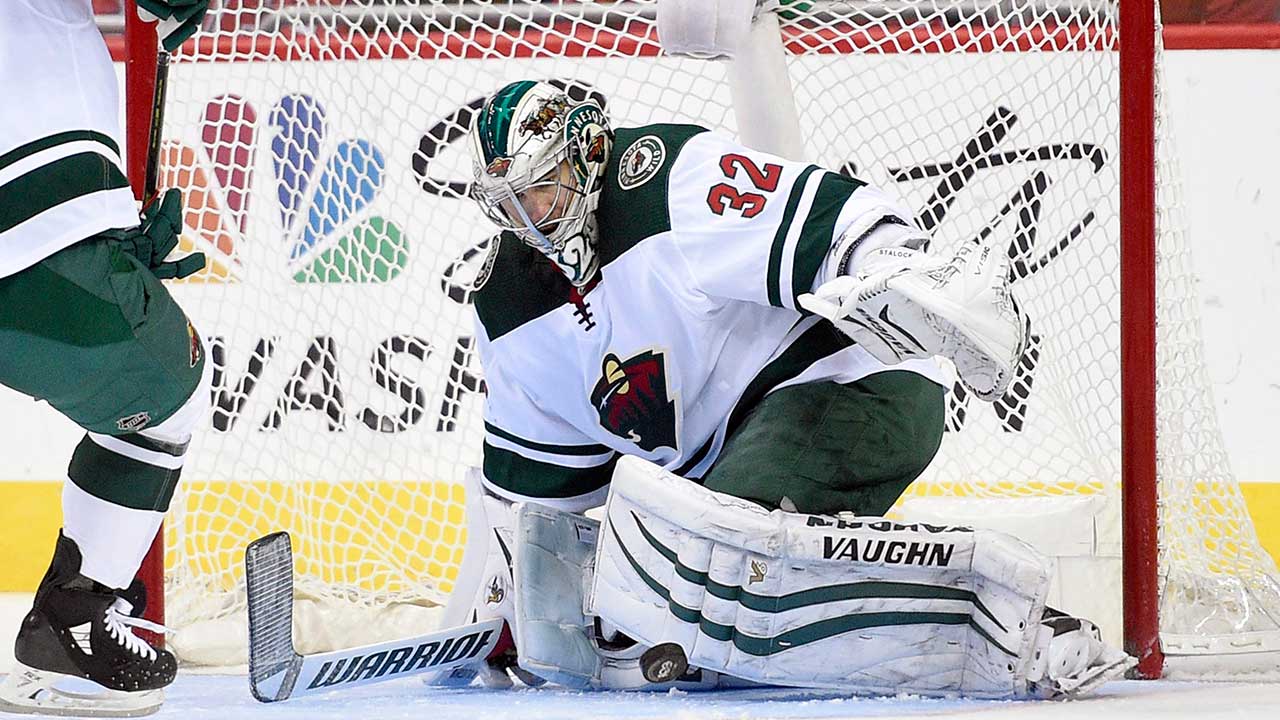 Oilers To Be Careful With Alex Stalock

On Thursday, the Edmonton Oilers placed forward Tyler Ennis on waivers with the intention of assigning him to the taxi squad. If Ennis clears, which isn’t guaranteed, he’ll be assigned to the taxi squad. If he doesn’t, the Oilers will clear $1,000,000 off their books. Regardless if he clears or not, the Oilers will open a spot on their active roster shortly after 12:00 pm eastern today.

Goaltender Alex Stalock, claimed off of waivers from the Minnesota Wild earlier this season, will fill that spot. According to a source, the Oilers will keep Stalock on the active roster for the remainder of the season, and plan on running with three goalies barring an unforeseen trade.

Even though Stalock is joining the active roster, there is no guarantee we see him in game action anytime soon. Oilers Head Coach Dave Tippett discussed the veteran goaltender on Thursday. It was Stalock’s first real practice with the group.

“We’ll see where he gets to. He’s got good NHL experience and that’s why we picked him up,” Tippett said. “We like him but he hasn’t played all year. (Goaltender Coach Dustin) Schwartzy has done a good job of getting him up and going. He looks like he’s coming around but he hasn’t played in a long time. It’s not as if you can throw him in an exhibition game to get going.”

Stalock last played, fittingly, in Edmonton. He started all four games of the Wild’s ‘Play-in’ series against the Vancouver Canucks. He missed training camp with an ‘upper body’ injury and has yet to appear in a single game this season.

After being claimed by the Oilers, Stalock told Michael Russo of ‘The Athletic‘ that his injury was actually myocarditis following a bout with COVID-19. He was shutdown for six weeks after the diagnosis.

“It will be up to Schwartzy to see where he thinks his game is at and try to get the best evaluation you can out of practice,” Tippett continued when asked about what role Stalock will play. “If we think he deserves a start, you never know. Right now, we feel comfortable with the two guys going (Mike Smith and Mikko Koskinen) but we’ll see what happens with Stalock. If he gets up and going, you never know.”

While Mike Smith has been strong since returning from injury in February, Koskinen has been inconsistent at best this season. His most recent performance against the Montreal Canadiens, although not all on him, doesn’t inspire confidence. A few more games like that, and Stalock could see the net sooner than many think in Edmonton.