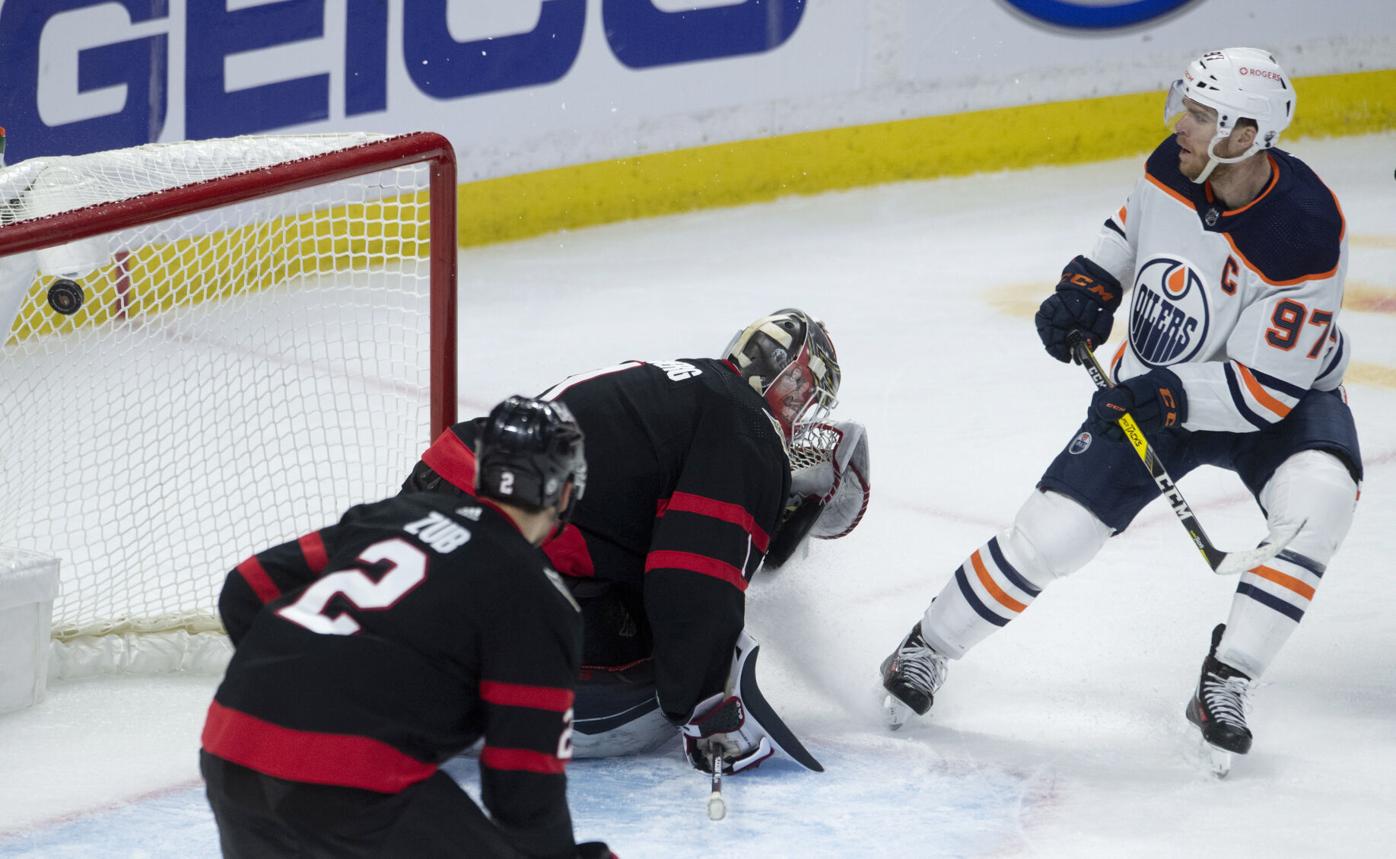 The Edmonton Oilers can do something no one expected on Thursday night. The Oilers can sweep a nine-game season series from the Ottawa Senators. Edmonton is 6-2-2 in their last ten games, and a win tonight in the series finale over Ottawa would inch them closer to a top-three spot in the North Division.

Anton Forsberg gets the go for the Senators, while Mike Smith gets the start for the Oilers.

Edmonton: A more balanced attack is needed. Sure, watching Connor McDavid and Leon Draisaitl do their thing on Wednesday afternoon was fun, but it is not a sustainable way to win hockey games. The Oilers need more than one line capable of tilting the ice and scoring. Against a weak Ottawa team, you’d like to see more from the second, third and fourth lines. Balance is needed against a Senators team that battles hard.

Ottawa: Be ready to go. Honestly, one could make the case that the Senators were the better team in the final forty minutes of Wednesday’s game. At worst, one could argue that the Senators held their own and had a chance to get the win. The first period, in which the Senators trailed 1-0, is what killed them. They weren’t ready to go, and allowed 17 shots on goal. Ottawa has to be ready at the opening puck drop to give themselves a chance.

Edmonton: Jesse Puljujarvi continues to make plays, continues to be in the right spot and continues to come close to breaking out. He hit another goal post on Wednesday, and it feels like Puljujarvi is one bounce away from a real hot stretch of hockey. Alongside McDavid and Draisaitl, the formula is there for a big night for the big Finn.

Ottawa: Erik Gudbranson didn’t play on Wednesday, but will return to the Ottawa lineup tonight. Gudbranson is a big, veteran defenseman with the ability to shutdown the opposition’s most dangerous forwards. Is that the role DJ Smith uses him in tonight? In addition, the Oilers have been linked to Gudbranson in trade talks in recent weeks. Perhaps an audition?

Head Coach Dave Tippett admitted on Thursday morning that the Oilers are dealing with some injury issues and are monitoring the situation in advance of this game. As a result, the lineup is still to be determined. The expectation is that no changes are made, meaning Alex Stalock, William Lagesson, Patrick Russell and Gaetan Haas will be scratched. Tyler Ennis, James Neal and Evan Bouchard remain on the taxi squad.

“That team over there that we’re playing tonight, they work hard,” Zack Kassian said Thursday morning ahead of the rematch. “We have to match that work ethic and we feel if we do that, more times than not, we’ll like the outcome of the game.”

Some good news for the Oilers on the injury front. No, Slater Koekkoek won’t play tonight and he won’t play at any point in April. That said, the veteran defenseman could be good to go for the First Round of the playoffs. Koekkoek is recovering from a broken collarbone and is slated to meet with doctors in the next 48 hours to see where he stands.