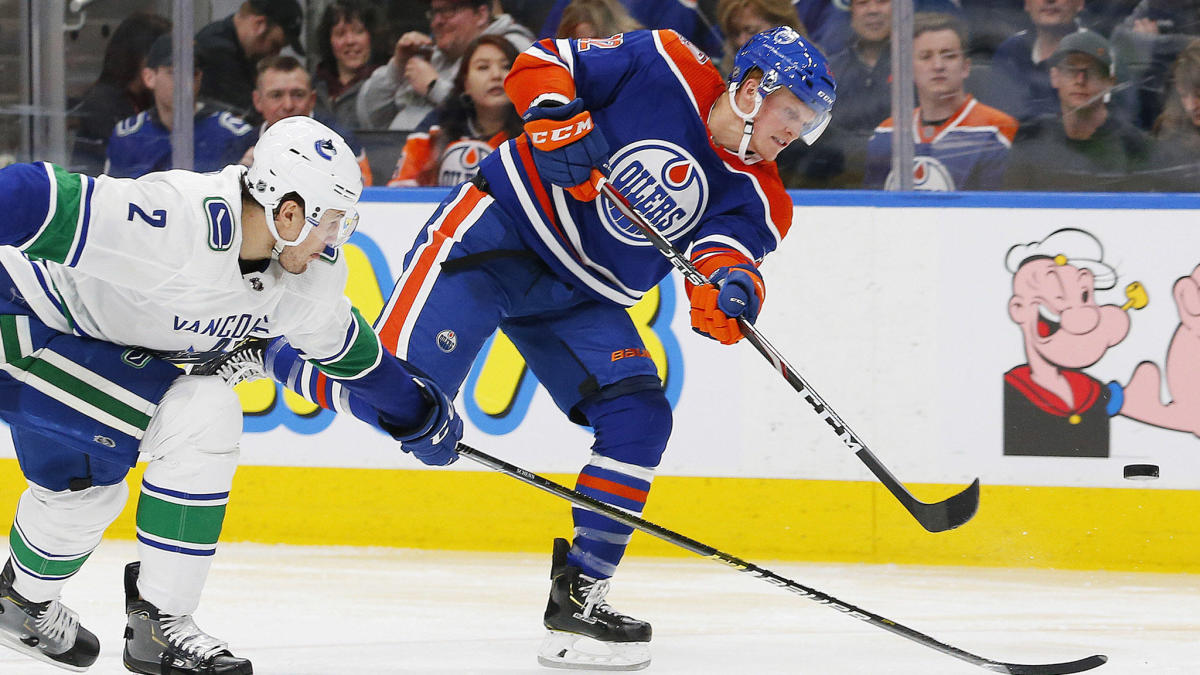 Tomorrow morning the Edmonton Oilers will honor forward Colby Cave, who tragically passed away following an obstructive hydrocephalus due to a colloid cyst. Cave passed away on April 11th after suffering the medical incident on the night of April 6th.

The Oilers were able to hold a moment of silence for Cave prior to their ‘exhibition’ game against the Calgary Flames last July, and wore patches honoring their fallen teammate in their ‘Play-in’ series against Chicago. On Saturday morning, the Oilers organization will honor Cave’s memory with the one year anniversary of his passing on Sunday.

Emily Cave, the Cave Family, the Gill Family, and the Oilers organization will host a Celebration of Life to honor Cave tomorrow.

The Celebration of Life will be hosted at Rogers Place at 11:00 AM MT and will be streamed live on EdmontonOilers.com, per the club.

The current Oilers will be in Calgary preparing for tomorrow night’s game against the Flames, but will take time to honor Cave.

“We’re not going to practice in the morning so everyone will watch it individually at the link they have,” Dave Tippett said on Friday. “Everybody respected Colby so much that he’s in our thoughts a lot. He was a guy that was a true team player. Really epitomized what hockey players are about. He’s a great guy, works hard, dedicated to the team and would do whatever it would take to help us win. He’s been missed. His personality, his abilities have been missed around here. Guys want to make sure they pay their respects in the morning. We’ll do that as a team.”

It’ll be a formal way for Cave’s former teammates to pay their respects, but they’ve been doing it for a while now. Cave is front and center everyday when the Oilers come to the rink.

“First and foremost, there are a lot of players in that room that were good friends with him. He’s missed as a person and as a teammate,” Tippett continued. “We have his jersey and picture hanging right in our dressing room. That is a reminder every time those players go on the ice, they see he’s there. Just a reminder of the kind of person, kind of player he was. Our players had the ultimate respect for him and still do.”