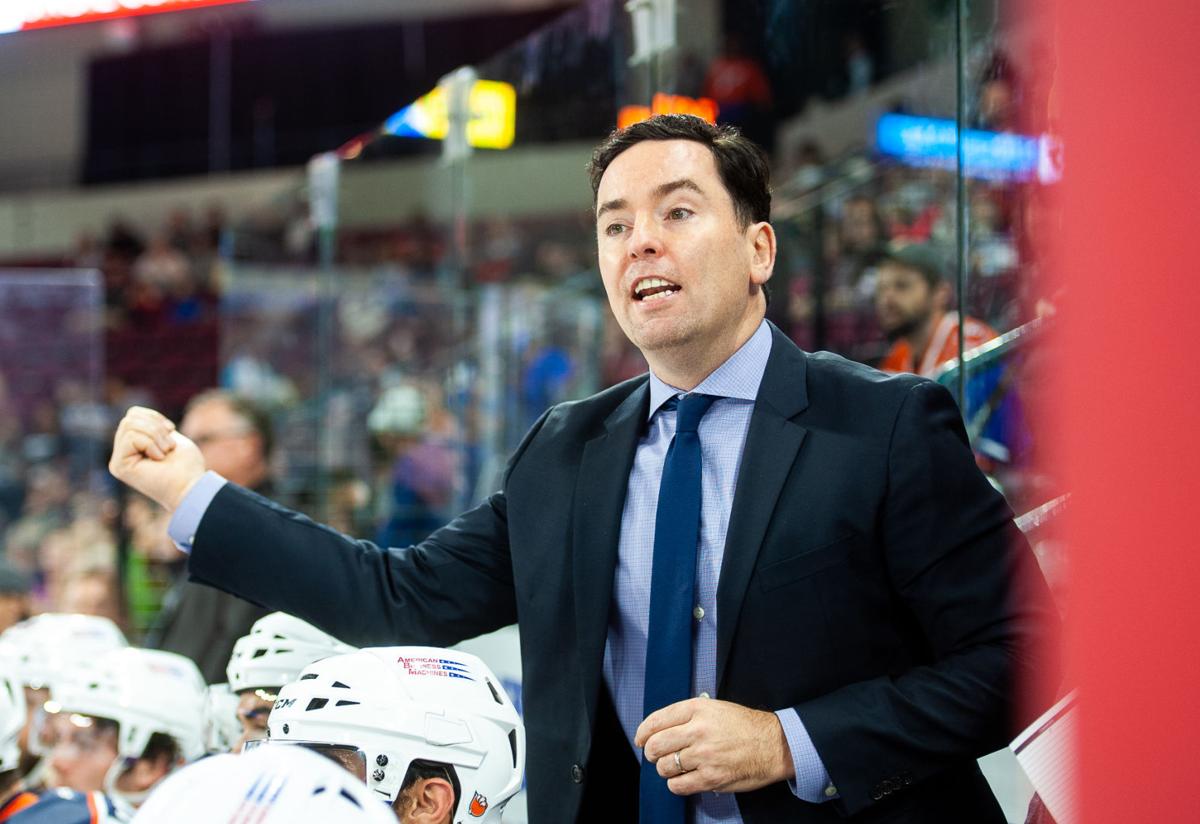 Tonight in Winnipeg, forward Ryan McLeod could make his NHL debut. Even if McLeod doesn’t get into the lineup just over 24 hours after coming out of quarantine following his recall from the AHL’s Bakersfield Condors, it’s just a matter of time.

The 40th overall pick in the 2018 NHL Entry Draft has dazzled with the Condors this season. McLeod scored 28 points (14 g, 14 a) in 28 games while also playing on both the powerplay and the penalty kill. He helped both Tyler Benson and Cooper Marody return to previous offensive forms, and was outstanding in transition. This recall is completely on merit, McLeod forced the Oilers to make a decision they didn’t want to make this season.

While McLeod did all the work on the ice, Condors Head Coach Jay Woodcroft and his staff cannot be forgotten here. Oilers Head Coach Dave Tippett made sure the staff in Bakersfield wasn’t forgotten when talking about Edmonton’s suddenly bursting pipeline.

“Jay and his staff do an excellent job down there. These guys are very well-prepared when they come here,” Tippett told reporters on Sunday after practice. “You saw what happened with Yamamoto last year. He came up about halfway through and he had an impact on our team. The system that we have in place here, having coaches down in Bakersfield like we do is invaluable for the franchise.”

Yamamoto was recalled in late December of 2019 with the Oilers struggling. He was immediately put on the wing with Leon Draisaitl and Ryan Nugent-Hopkins, and the line quickly became one of the best in the NHL. In fact, that line is likely to be together tonight in Winnipeg.

Yamamoto wasn’t alone last season. Defensemen Ethan Bear and Caleb Jones both spent multiple seasons developing under Woodcroft and his staff. Bear, as a result, was ready to step in when Adam Larsson was injured on opening night. He’s been a steady top-four defenseman ever since.

Jones, meanwhile, has had a slightly rockier road but has still been a strong piece of Edmonton’s defensive group.

“You have to develop players in today’s game,” Tippett continued. “When you have a steady stream of them coming in that have put the work in down there and learned to play the pro game, it’s a huge advantage for your organization. We’re very lucky to have quality people down there that have done a great job with our prospects.”

McLeod may be the next in line, but he won’t be the last. Tyler Benson, Edmonton’s second-round pick in 2016, is currently third in AHL scoring with 31 points (10 g, 21 a) in just 29 games. A pending RFA, Benson almost certainly would have been recalled had this been a normal season. Instead, due to quarantine issues, he’s been stuck in California.

This season, in addition to an offensive renaissance, Benson has gotten extensive work on the penalty kill. Perhaps that indicates he could be next in the line of graduates.

The Condors graduated three solid pieces to the Oilers in 2019-20. Tonight, another piece is likely to make his debut, while many more hopefuls are just starting their journey.

The pipeline hasn’t been this rich in quite some time, and Woodcroft and his staff are doing a wonderful job of moulding the future.