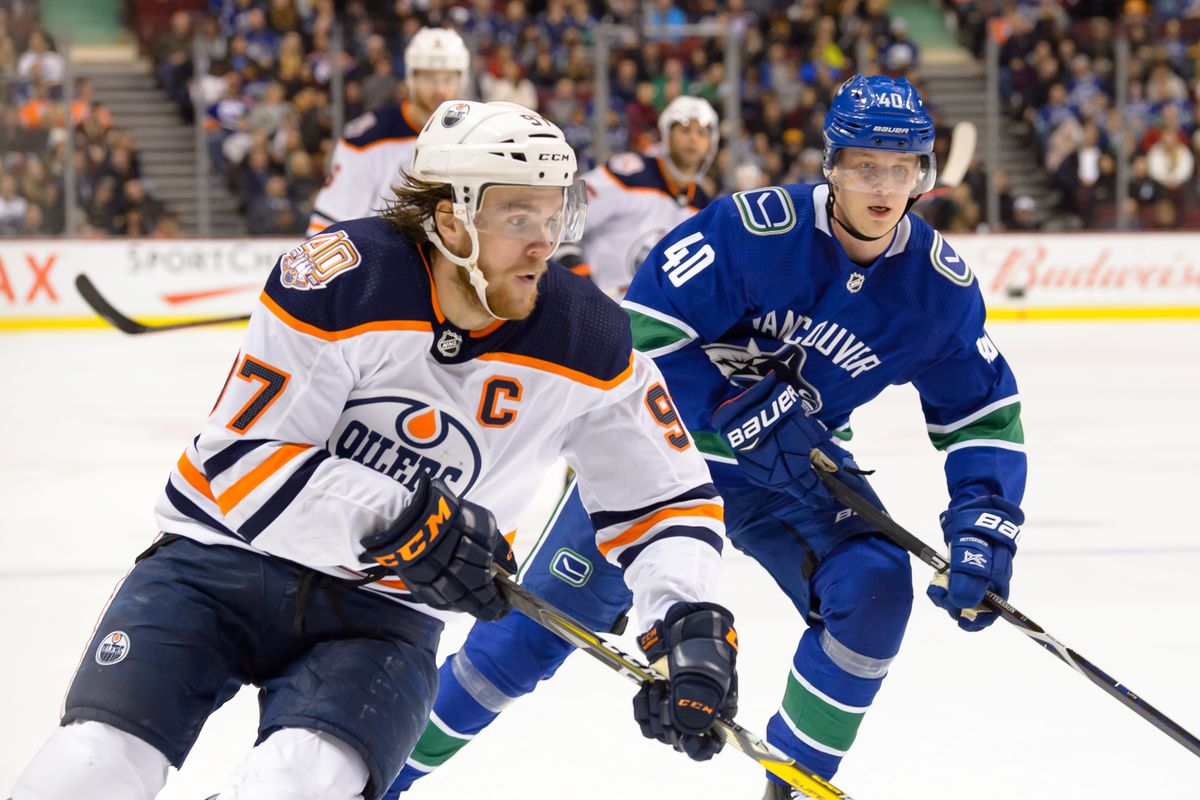 It was a nightmare for the Edmonton Oilers on Thursday night, as starter Mikko Koskinen surrendered goals on each of the first four shots faced in an eventual 6-3 defeat at the hands of the Vancouver Canucks. The loss snapped a three-game winning streak for the Oilers, who have now dropped three of their last four games on home ice. Edmonton can clinch the second spot in the Scotia North Division with a victory tonight in a rematch.

The Oilers play host to the Canucks for the fourth of five times this season. This is the ninth of ten overall meetings between the teams this season, and the final game of a four-game miniseries between the sides. Edmonton is 5-3-0 in the series so far.

Thatcher Demko gets the go for the Canucks, while Mike Smith gets the start for the Oilers.

Edmonton: Better puck protection. The Oilers didn’t get many saves on Thursday, but they didn’t deserve the two points. The Oilers were far too careless with the puck, especially early in the hockey game. There were far too many turnovers that led to scoring chances and goals for the Canucks. That needs to be corrected tonight.

Edmonton: Connor McDavid is averaging a shade over two points-per-game against the Canucks this season. He sits four points away from hitting 100 in this truncated 56-game season. On the National stage, can McDavid put another show on to hit the 100 point mark? If there is one thing we have learned, it’s to not doubt number 97.

Vancouver: Nils Hoglander has enjoyed a solid rookie season for the Canucks, and is certainly a bright spot for the team. He’s been solid in the season series against Edmonton as well, scoring six points (2 g, 4 a) in eight games. Hoglander scored the goal to kickstart things on Thursday night, and will play a featured role again tonight.

“Unbelievable,” Mike Smith said Saturday morning about McDavid’s chase for 100 points. “He’s been a horse for us, for sure, and obviously a big reason why we’ve had success this season. He’s a special talent that continues to improve, which is mind-blowing in itself. It’s an incredible feat and I don’t know why he’s just settling for 100.”

The North Division playoff picture can become quite clear tonight. If the Toronto Maple Leafs get a point of any kind, they’ll clinch the Division title and number one seed. If the Oilers win tonight, they’ll lock in the number two seed in the division. If the Maple Leafs, Oilers and Winnipeg Jets all win tonight? The top three seeds will be determined, and an Oilers Vs. Jets series will be locked in.

The Oilers have surrendered the first goal in each of the last two games, and been forced to play catch-up. If the Oilers want to lock in home ice, scoring first will be key. The Oilers are 22-2-1 this season when getting the game’s first goal. Edmonton has become an elite team in regards to finishing games off.