Noah Syndergaard shut down for six weeks due to elbow inflammation 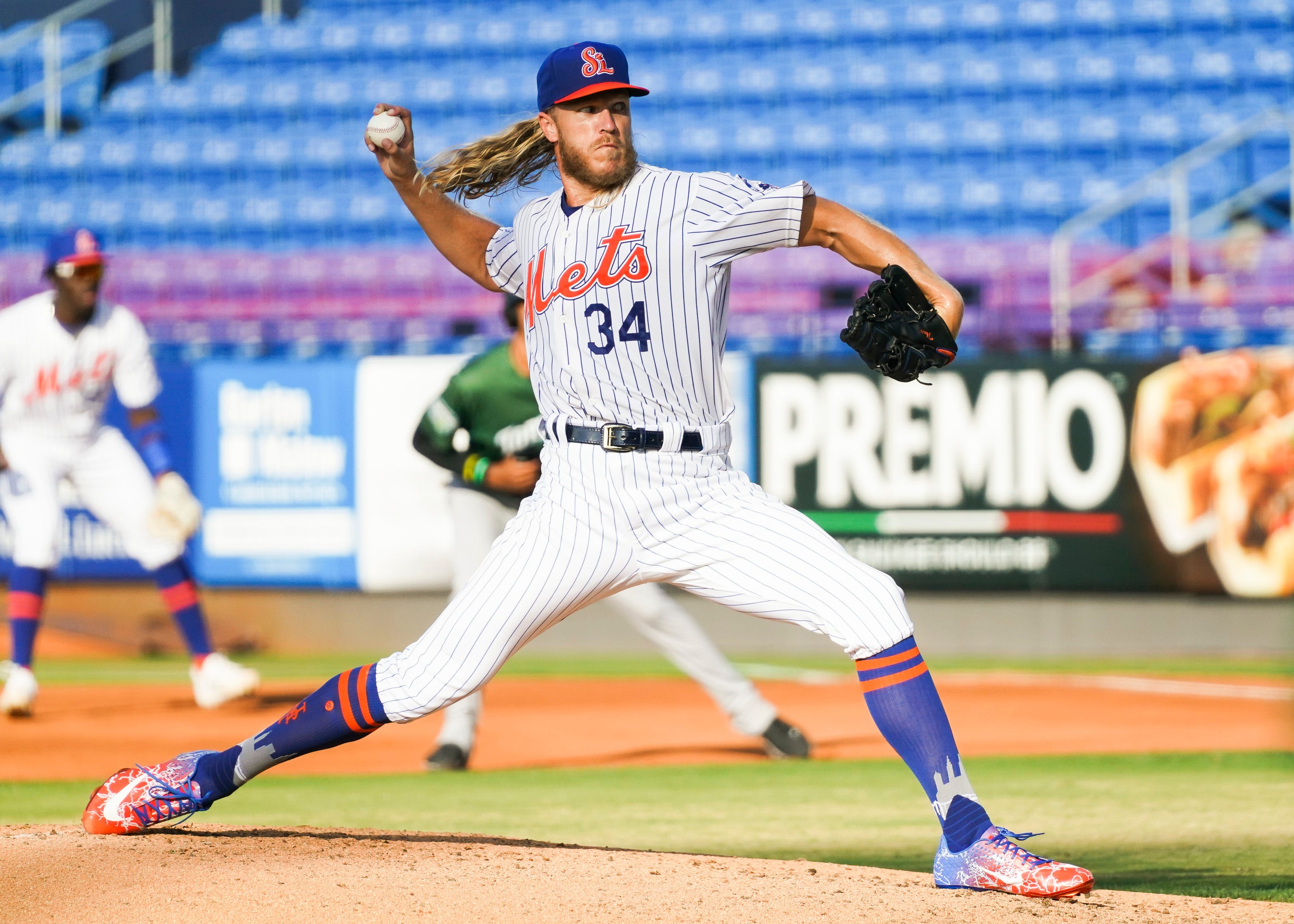 Noah Syndergaard shut down for six weeks due to elbow inflammation

It seems like even the injured members of the New York Mets can’t avoid more injury issues. Starting pitcher Noah Syndergaard, who was pulled from his rehab start on Tuesday due to elbow soreness, has been shut down for six weeks due to elbow inflammation.

BREAKING: Noah Syndergaard has been shut down for six weeks with right elbow inflammation. No structural damage, but he'll be down until at least August.

The news is a major setback for Syndergaard, who doesn’t have structural damage in his surgically repaired elbow but will not throw for six weeks. This essentially resets Syndergaard’s timetable to late August since he will need to build back up his arm strength once again, raising questions of whether he has thrown his last pitch as a member of the Mets.

Syndergaard is slated to become a free agent at the end of the season but hasn’t thrown a major league pitch since 2019 after undergoing Tommy John surgery in March of 2020. If all goes well, Syndergaard will have a handful of big-league starts in September to make the case for a team to invest in him, which is a tough blow for his career.

This news is also a reminder that not all Tommy John rehabs go smoothly. Zack Wheeler notably missed two full years before returning to the Mets in 2017 but has become one of the best pitchers in baseball since signing with the Philadelphia Phillies. Syndergaard has to be hoping that his career follows Wheeler’s trajectory but that decision is a complicated one for the Mets, who also have to decide whether to re-sign Marcus Stroman after the season.

The Mets also have to weigh what kind of role Syndergaard can have if they are in a playoff race in September. Carlos Carrasco could return before Syndergaard, giving the Mets a full rotation, which could potentially leave the bullpen as an option for Syndergaard to contribute. Syndergaard would have to sign off on that plan but a lot is up in the air until he can resume throwing after the All Star Break.