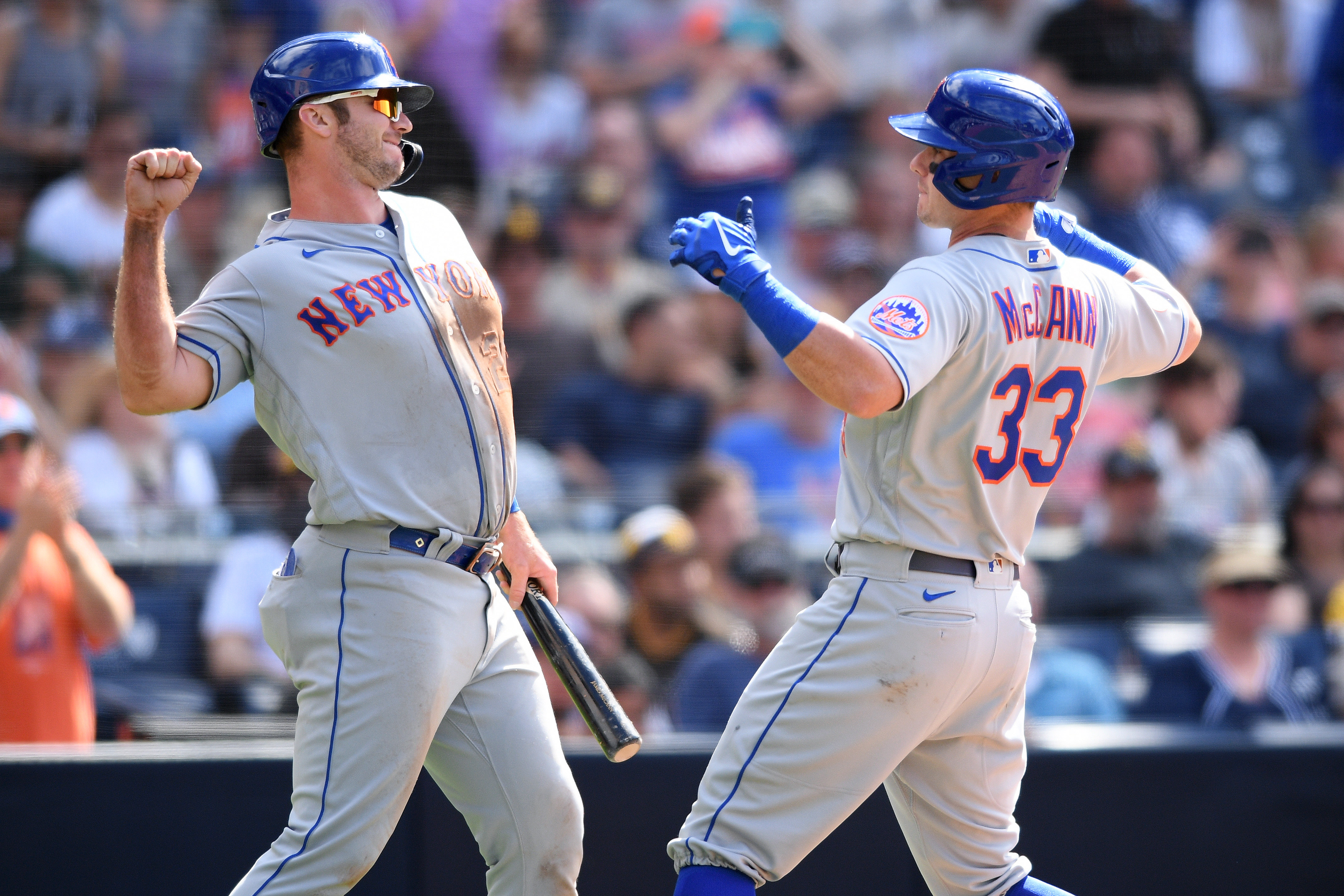 You younger fans might not fully appreciate the enormity of this weekend.

The Mets played four games in San Diego, and didn’t completely tear our hearts out and show them to us. They were competitive in games started by Yu Darvish and Blake Snell, and they won games started by Jacob deGrom and, today, Marcus Stroman. This Mets team continues to defy the norm and move the needle on their expected norms.

This is the first year in a while where going into San Diego was not only baseball’s version of Fear Factor, but the Padres are actually really, really good. And the Mets, still missing their starting right fielder, starting second baseman, starting third baseman, about five starting center fielders, and Victor Zambrano, split this series in San Diego. Oh and by the way, they’re 3 and 1/2 games in first place while incredibly being the only team in the N.L. East with a positive run differential. (I know I’ve said in the past that run differential meant nothing, but that was when you guys were trying to convince me that a 65-74 team was actually good because they had a run differential of +3 because Jason Bay had one really good game in Detroit.)

The Mets scored their first run when Jurickson Profar butchered a fly ball in the third, and that run was driving home by Billy “Kevin Maas” McKinney to make it 1-0. And somehow all I could think of was “If the Padres hadn’t traded Manny Margot, this would never have happened.” (Now go find an algorhythm to tell me why that’s false.) Dom Smith, whose check swing in the second got Jayce Tingler run, made it 2-0 in the 4th with a solo dinger. 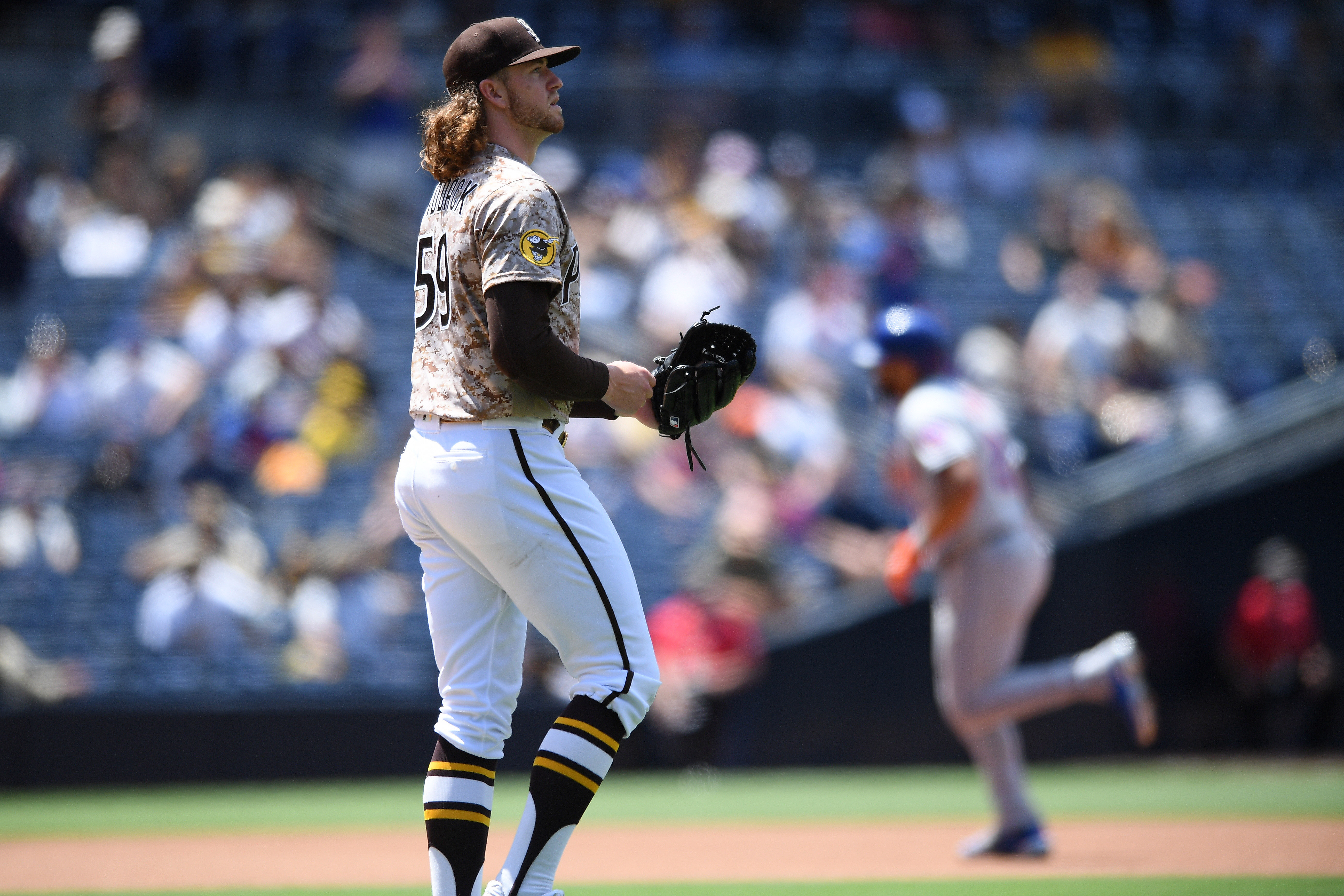 The teams traded runs in the 6th. Pete Alonso made it 3-0 with an RBI single off his fishing buddy Chris Paddack, and then came Marcus Stroman’s only mistake of the day. He threw away a swinging bunt by Fernando Tatis Jr. because he threw on the run instead of planting and throwing (sometimes, routine plays will help you win gold gloves too). That run wound up scoring to make it 3-1 to end the 6th. But Stroman atoned with a hard hit RBI double in the 7th to score Peraza and give the Mets a 4-1 lead. Stroman finished with 6 and 2/3’s innings with zero earned runs, four hits, four runs, and seven strikeouts. It wasn’t completely crisp and clean, but it was extremely effective nonetheless. As noted on my Facebook feed today: “Stroman is the goods.”

I’d also like to point out that just over two months into the season, Stroman has a 2.41 ERA, while Trevor Bauer, making a mint, has a 2.40 ERA. Come to your own conclusions.

Professional three hole hitter James McCann, disguised as the fifth hole hitter on Sunday, smacked a two run HR to make it 6-1 and give Trevor May plenty of room to work on some things and finish off the ninth in a 6-2 victory. The Mets now get themselves a day off before the go to Baltimore for a quick two game set against the Orioles. It’ll be a happy flight to Charm City knowing that they presented themselves very well against a team from the class of the National League.

And most importantly, Tucupita Marcano didn’t kill them. If this was 2013, he would have morphed into Babe Ruth for four games.