Maybe Fifteen Minutes For This One? 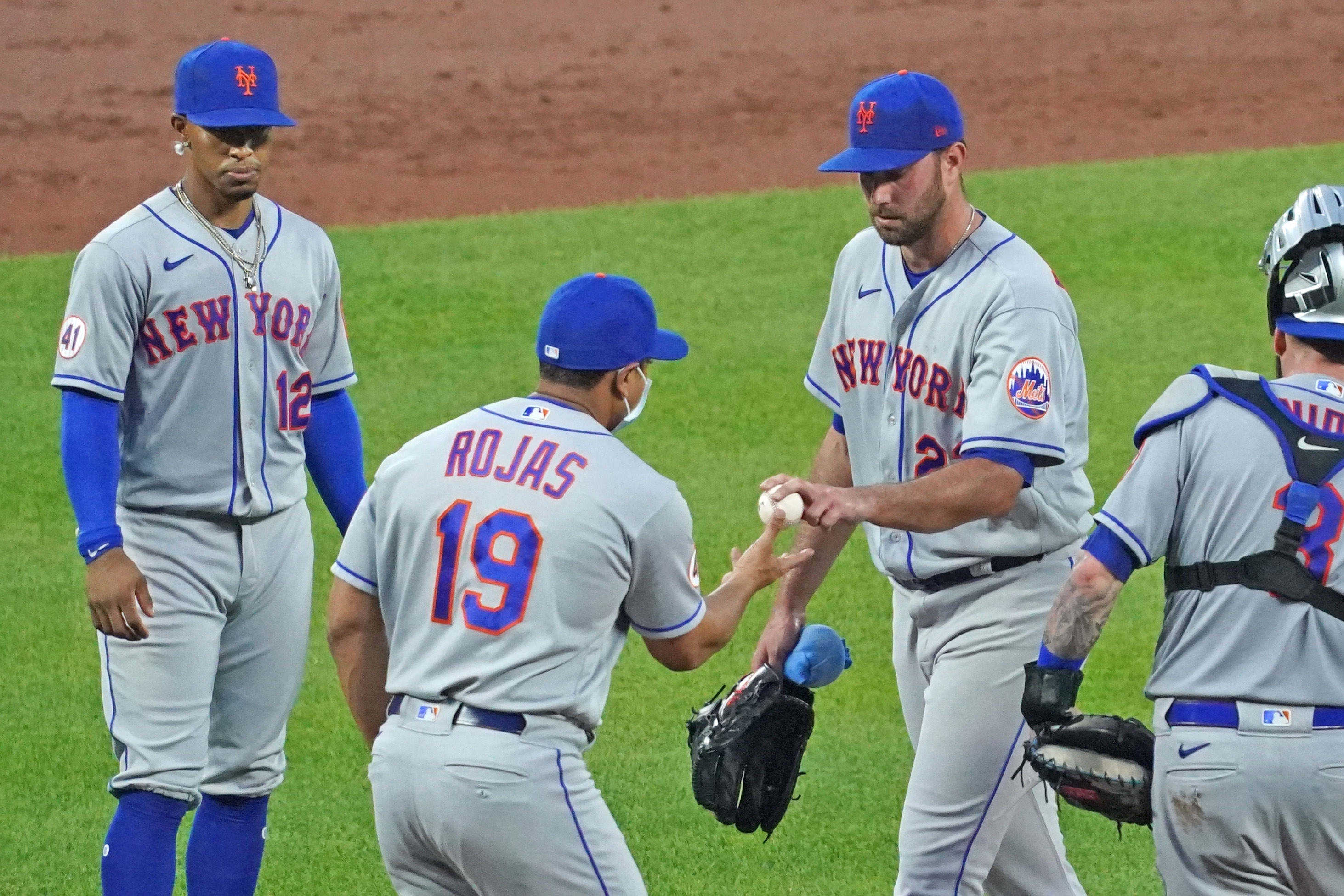 Maybe Fifteen Minutes For This One?

I wonder if Rick Peterson can fix David Peterson in ten minutes.

I only mean that half jokingly, as it has become time for us to have a discussion about the second year lefty. As you know, he lasted a third of an inning against Arizona while giving up five runs after being staked to a 4-0 lead. It was during that gaem where John Franco, calling the game on YouTube (no, you didn’t imagine that), said that Peterson’s release point was all over the place. Tonight, after he was staked to a 2-0 lead, it was apparent that Peterson was still struggling with that release point. Very hittable, spinking a pitch to the ground at one point, and leaving after 2 and 2/3’s, giving up four runs on eight hits and a walk.

It’s tempting to put Peterson in the same category as Steven Matz and say “it’s in his head”. But I don’t think it’s that at all. Peterson doesn’t have near the stuff of Matz so, to me, it isn’t a case of “I have all this stuff, what do I do with it? Am I throwing too hard?” I’m really thinking that the best thing for Peterson might be two or three starts in the minors to fix things mechanically (hence the Rick Peterson quip at the top of this post.) The problem is that if Peterson can’t get past this, then he can’t take the next step, whichever that may be. He can’t work on control, he can’t refine his pitches or learn new pitches, this has to be fixed first. And his best path for this is a short stint in the minors to work on this 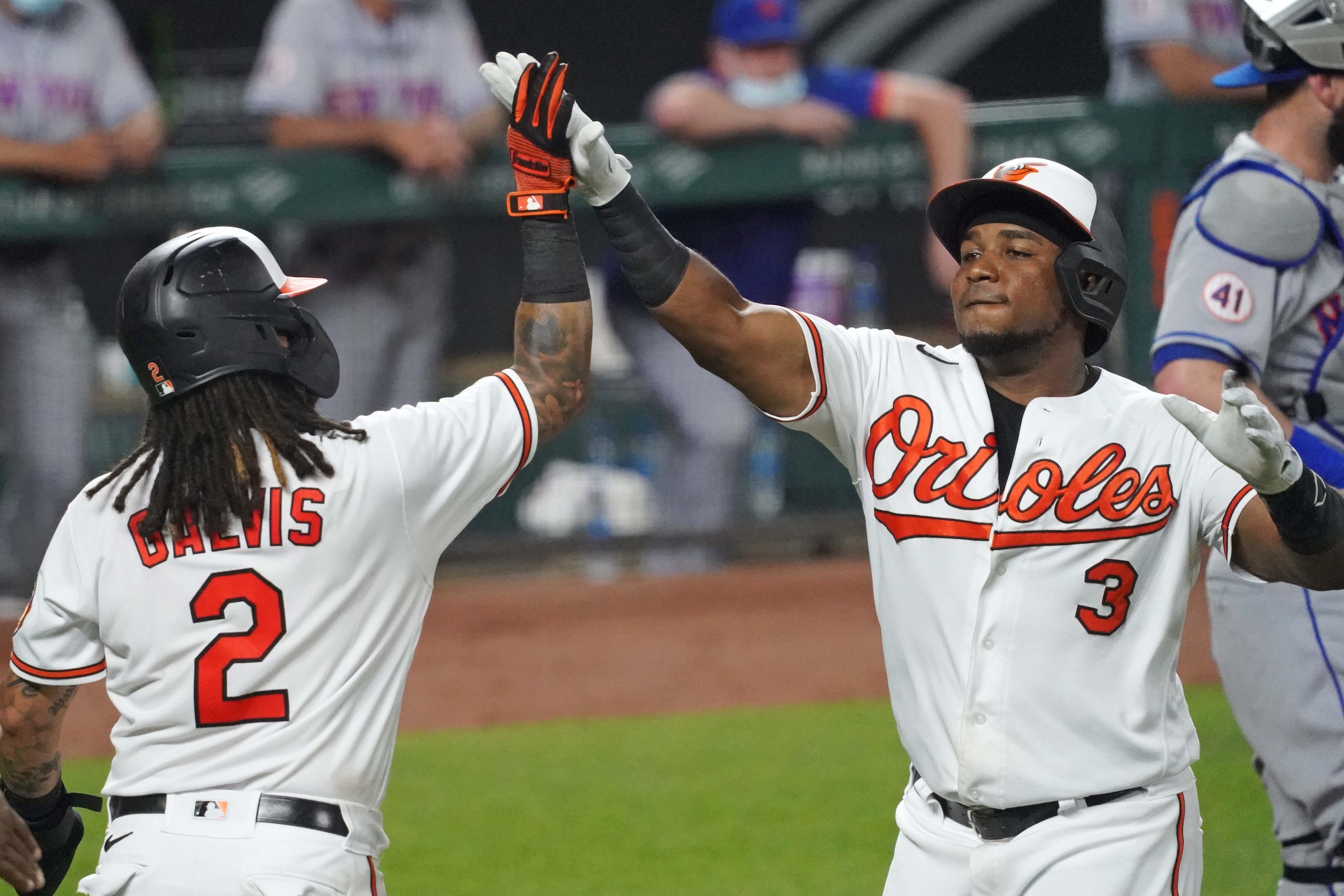 The problem is that the Mets really don’t have the luxury of sending him down to develop him. with the starting pitching depth thin with no Syndergaard and no Carrasco, the Mets’ options are limited. They can swap him with Thomas Szapucki (who seems like he’s 40 years old as long as we’ve heard about him), but other than that there’s not a lot they can do. They can make Seth Lugo a starter for a stretch, but do you really want to start yanking his role around? They could make Robert Gsellman a starter for a while Peterson works things out, but did ya see Gsellman tonight? He didn’t look a whole lot better, giving up four runs of his own in 2 and 1/3, including a three run HR to Makiel Franco to pretty much seal the deal at Oriole Park tonight. Plus, the Mets have a slew of doubleheaders coming up soon so it’s all hands on deck. But more importantly, it’s up to the major league coaching staff to get him right.

At least Pete Alonso had two home runs, and Mets and Orioles fans kumbaya-ed themselves into a “Yankees Suck” chant at the end of the game. We, as Mets fans, take these fleeting moments as we get them.

This play from the first inning was called safe on the field, Then reviewed, and still called safe. 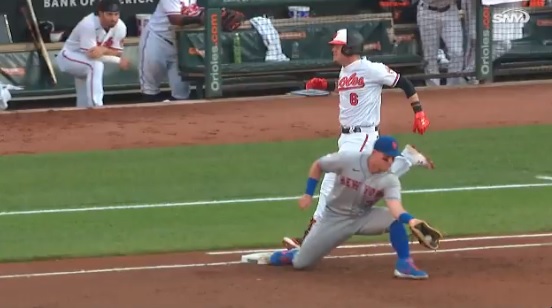 I like replay. But if you’re not going to implement it correctly, then get rid of it. Baseball games are long enough (especially this horror show.) Major League Baseball can screw up free lunch.