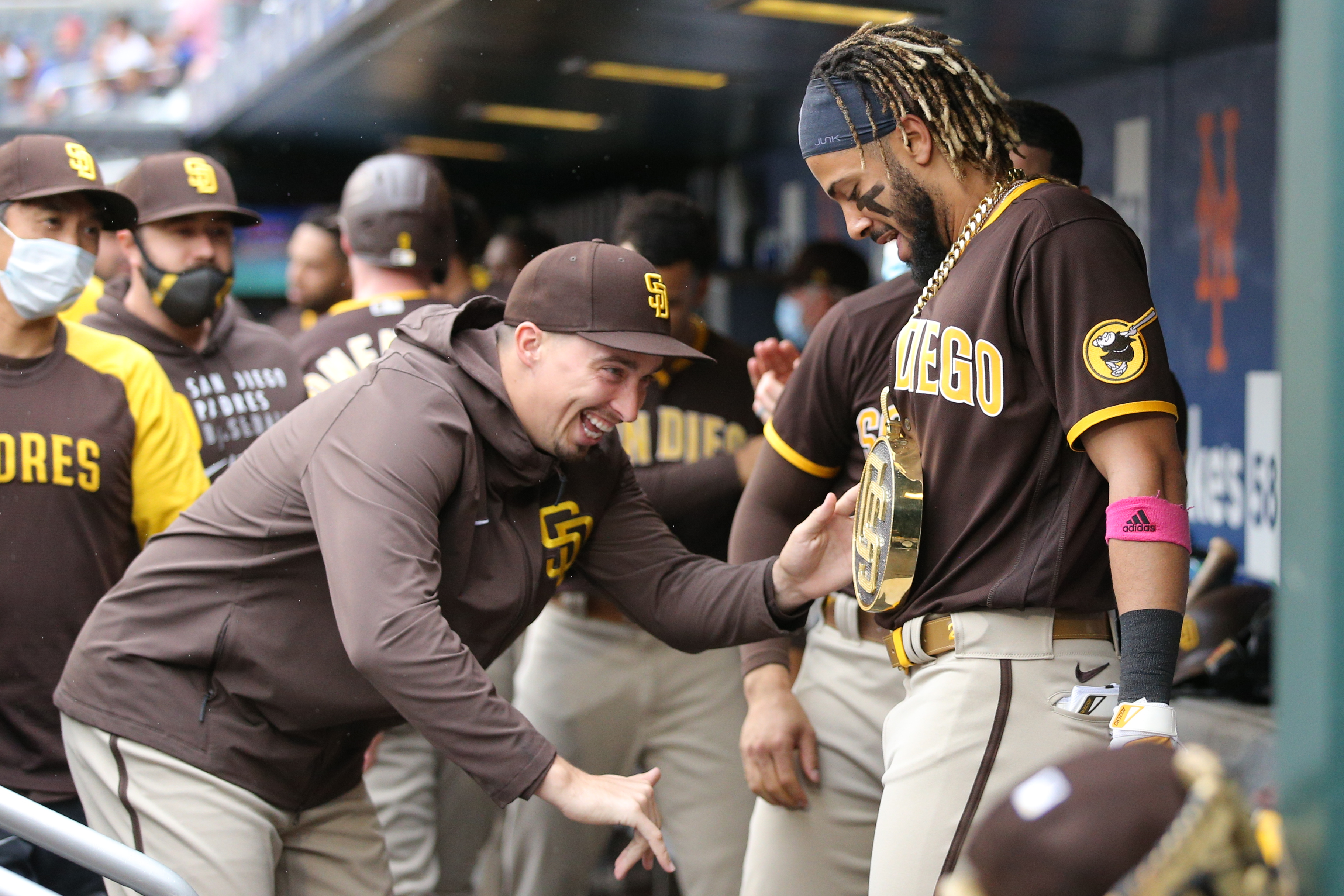 If the Mets had lost 7-3 because starter Joey Meatballs got lit up by the Padres offense, I think we, by and large, would have rationalized that the Mets took four out of seven from the Padres, a team that we were nervous would have blown our doors off. Heck, the Mets were playing with a short bench, so propects for this game weren’t exactly great anyway. But the exact same 7-3 loss the way it actually went down was bothersome.

Joey Meatballs most certainly did not get lit up by the Padres, He gave up a dinger to Tommy Pham in the first, but that was it in five innings. Jose Peraza lit up the park with a two run HR to give the Mets a 2-1 lead, and that was when Luis Rojas sent up Brandon Drury to pinch hit for Lucchesi. Now, you could have let Lucchesi stay in, but that would have meant letting him face Wil Myers, Manny Machado, and Fernando Tatis Jr. a third time. If you do that, and Lucchesi coughs it up, then you have to answer for ignoring what is obvious regarding his numbers third time through. So I’m fine with that decision. 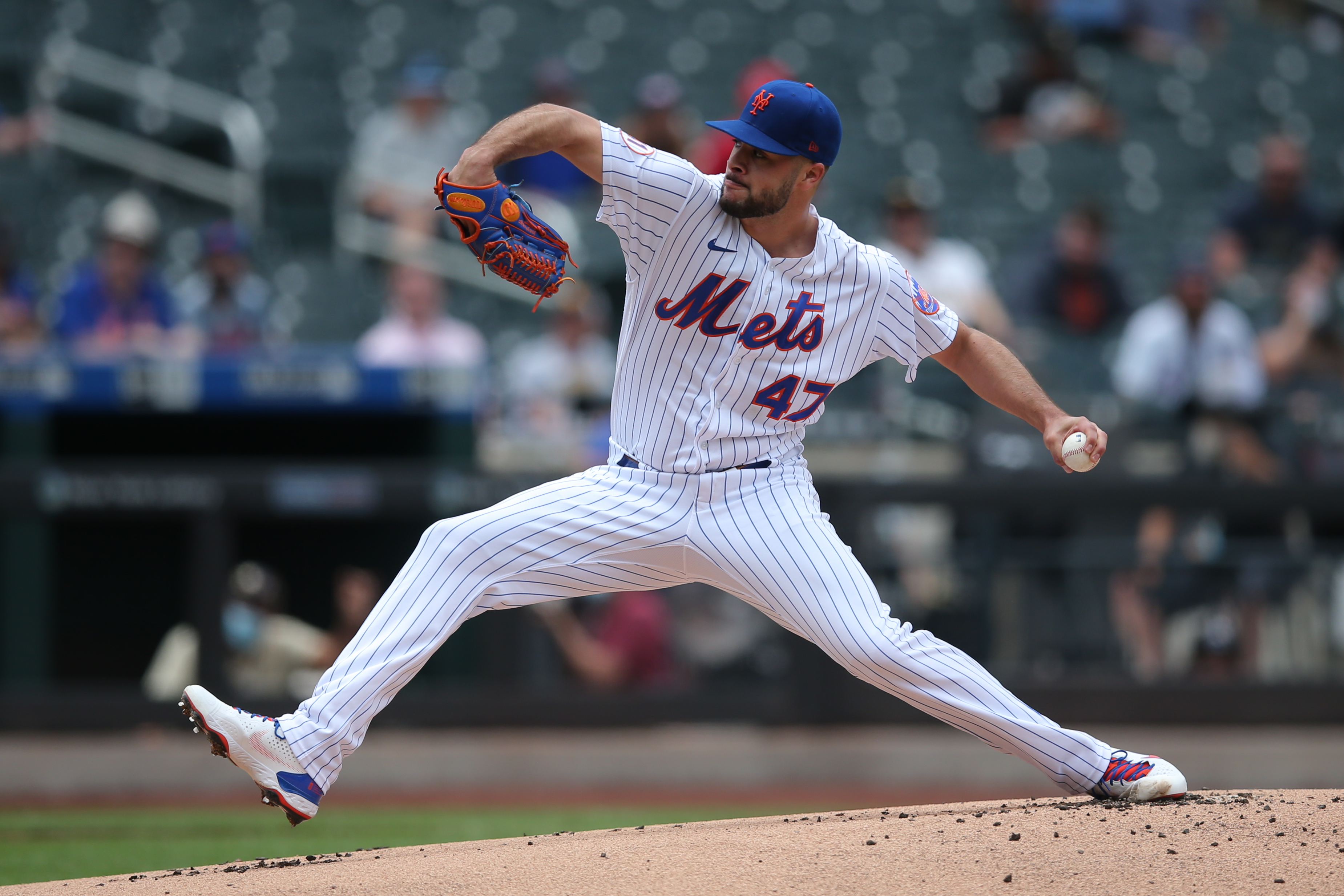 So Jeurys Familia comes in for the 6th and barely escapes it as Manny Machado helped him out by swinging at a ball up and grounding into a textbook 6-4-3 double play to quell that threat.  But then, as Luis Rojas no doubt is trying to manage the bullpen through the next two weeks as well as today, leaves Familia in to start the 7th and that was mistake number one. Mistake number two, which compounded mistake number one, was leaving him in after giving up a walk and a single to start the 7th inning. Now, his pitch count is at 23, and you’re perilously close to having him be unavailable for tomorrow.

Instead, Rojas leaves him in for 17 more pitches and a bases loaded walk to make it 2-2. Now, he’s definitely unavailable for tomorrow, which defeats Luis’ purpose of pacing the bullpen through a tough stretch. Also … you have to bring a pitcher into a situation where he has to face Tatis with the bases loaded in a tie game. To make matters worse, the pitcher he chooses is … Jacob Barnes? The same guy who went into the game giving up 2 homers per nine innings? And he’s facing Tatis??? With the bases loaded???

Well there are your two home runs that didn’t take nearly nine innings for Barnes to give up. The rest was window dressing (and Robert Gsellman ending the game as a pinch hitter.) Hopefully this bothersome loss will at least reap some fresh fruit that Rojas sowed by saving whatever bullpen he saved to turn this winnable game into a newsroom rumble with a trident. Because with 12 games in the next nine days, there’s going to be a lot more of this nonsense that we’re probably going to complain about. So don’t be surprised. Be ready. And maybe try not to leave yourself in a situation like this in the next 9 days:

Can we get Keith a timely lineup, please?

Oh no! Keith has the wrong lineup! 😂 pic.twitter.com/VuZ04wyQUo