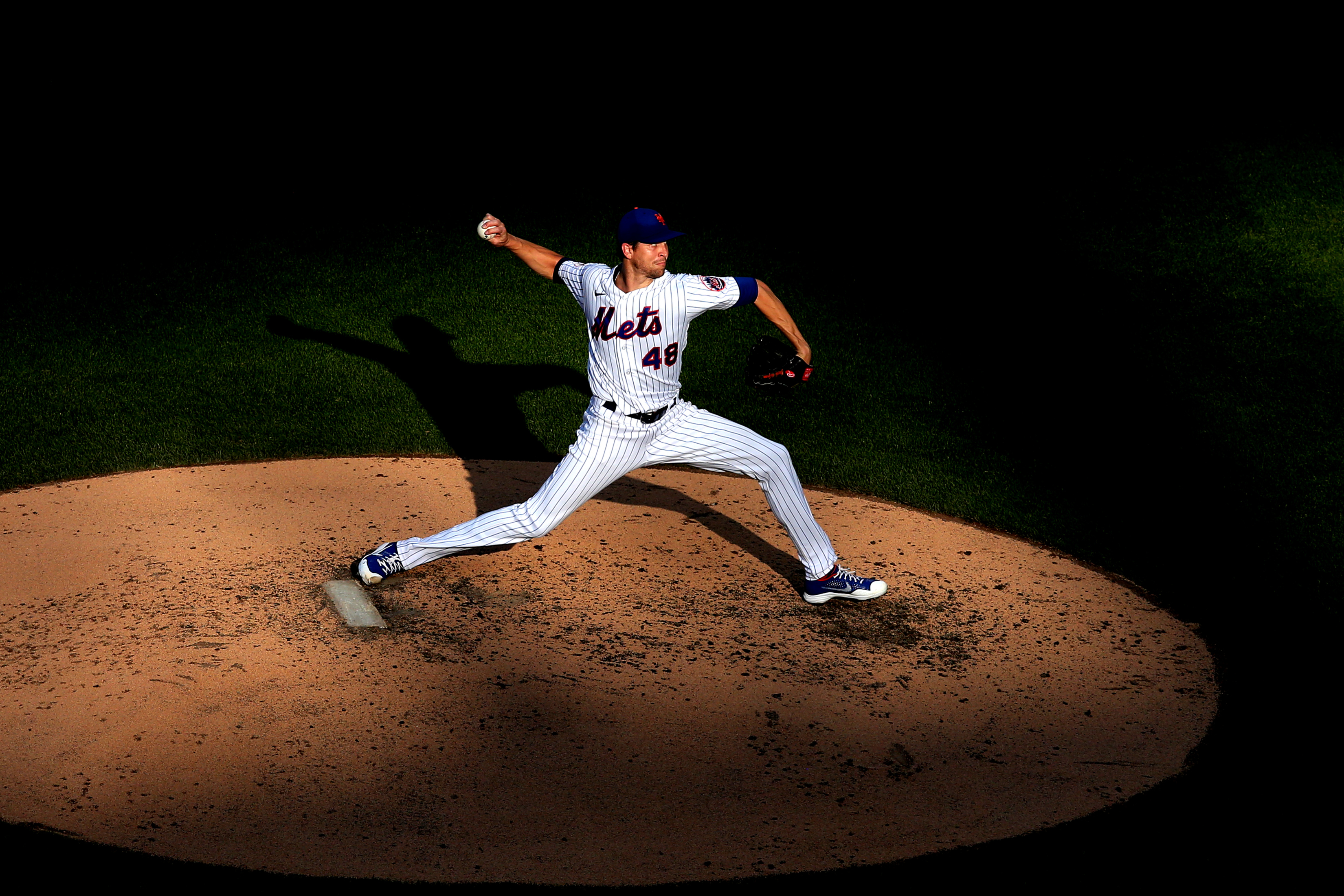 The third inning of game one of today’s DH against Atlanta showed you just how dominant Jacob deGrom is. And it didn’t center around any of the strikeouts. It centered around a walk.

deGrom blew through the first eight hitters, only the pitcher Kyle Muller standing between him and the dugout (not literally … it’s poetic license, get over it.) On an 0-2 count, Muller fouled off a 101 mph fastball (which legitimately impressed the hell out of me.) Then deGrom threw a slider and was way off. After that, it looked like he kept throwing the slider to get the feel for it back, but couldn’t do it, then wound up walking Muller. deGrom must have felt that he could do some experimenting with the pitcher up but he wound up Roy McAvoying the at-bat … at least that’s how I saw it and it’s also how Ronnie saw it in the booth.

But the fact that deGrom, after all of his injuries, went out and simply walked the pitcher after dominating eight straight batters was enough to send Luis Rojas and crew out to the mound to make sure he wasn’t hurt. That’s the standard that deGrom set for himself: All he needs to do is walk a batter for the Mets to be concerned enough to go check up on him. Some pitchers get that treatment simply because they’re hurt all the time. For deGrom, it’s that he’s been hurt lately, but also because he’s so good that walking the opposing pitcher is reason enough to sound alarms. 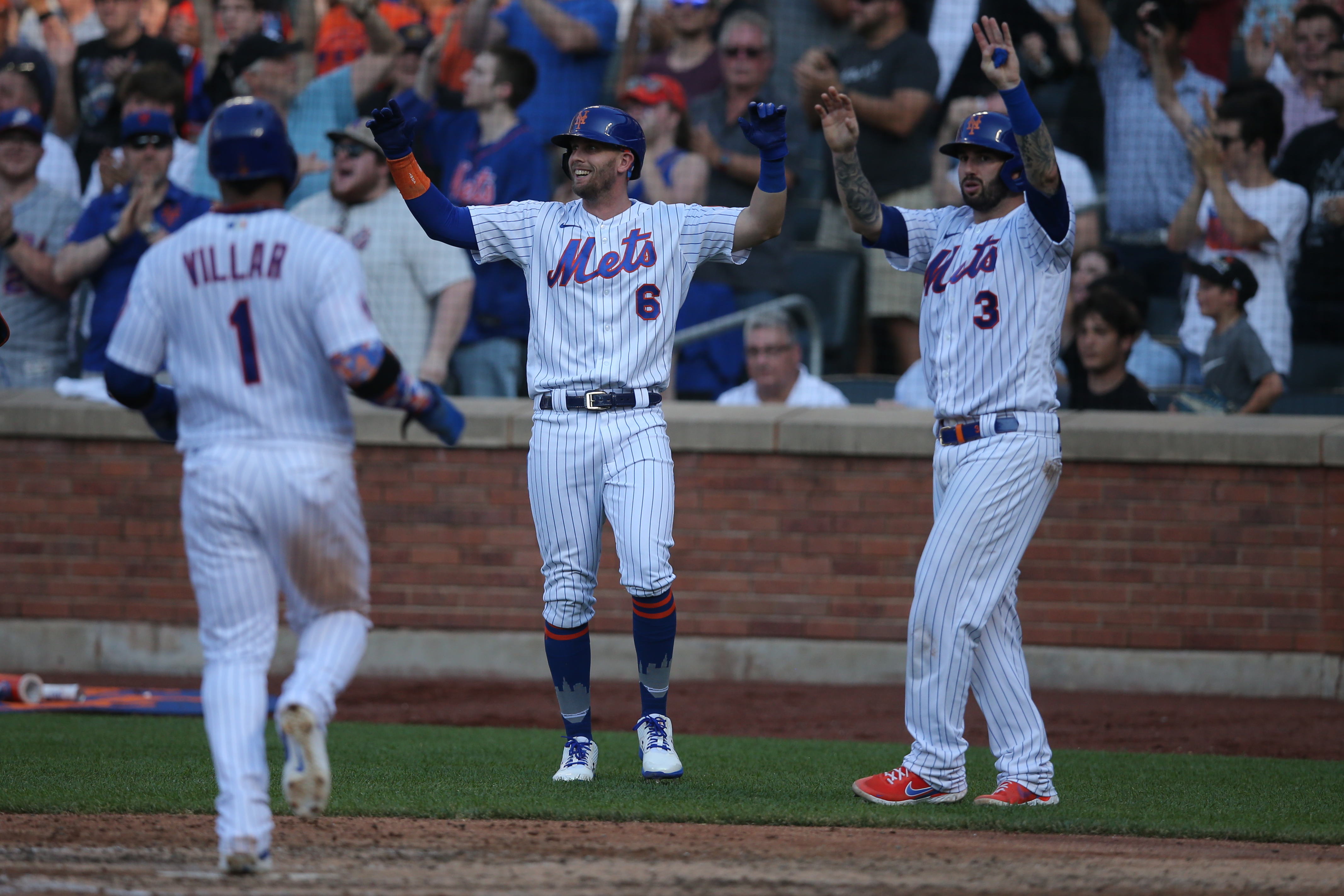 The Mets gave deGrom his much needed insurance in the 5th inning of this 7th inning extravaganza. Tomas Nido was hit with a pitch (and would leave the game.) Jeff McNeil returned to the lineup and, in old school Jeff McNeil style, lined the first major league pitch he saw in a month into center field for a base hit. Then after Austin Riley knocked down a Jonathan Villar shot down the line (Riley had been doing his best Graig Nettles impression all game) to prevent a run, Francisco Lindor just got under a 3-0 pitch for the second out. But Dom Smith picked up Lindor by lining a double down the left field line to drive in three and give the Mets a 4-0 lead.

Seth Lugo gave up a two run dinger to Ozzie Albies in the 6th, possibly torpedoing Luis Rojas’ plans to pitch him in the final two innings, and Edwin Diaz was required to come in and pitch the 7th to end it. What this means for the second game, to be started by Jerad Eickhoff, is anyone’s guess. But the Mets getting through game one without a major injury to deGrom (which he might have narrowly avoided as he had to catch a screaming line drive back at him in the third … and if it had gone a foot or two to his right it might have been trouble) is a mighty fine way to start the day. His streak of games of one run or less remains intact. His streak of games with an annoying injury is snapped.

And thankfully nothing else on deGrom was snapped.