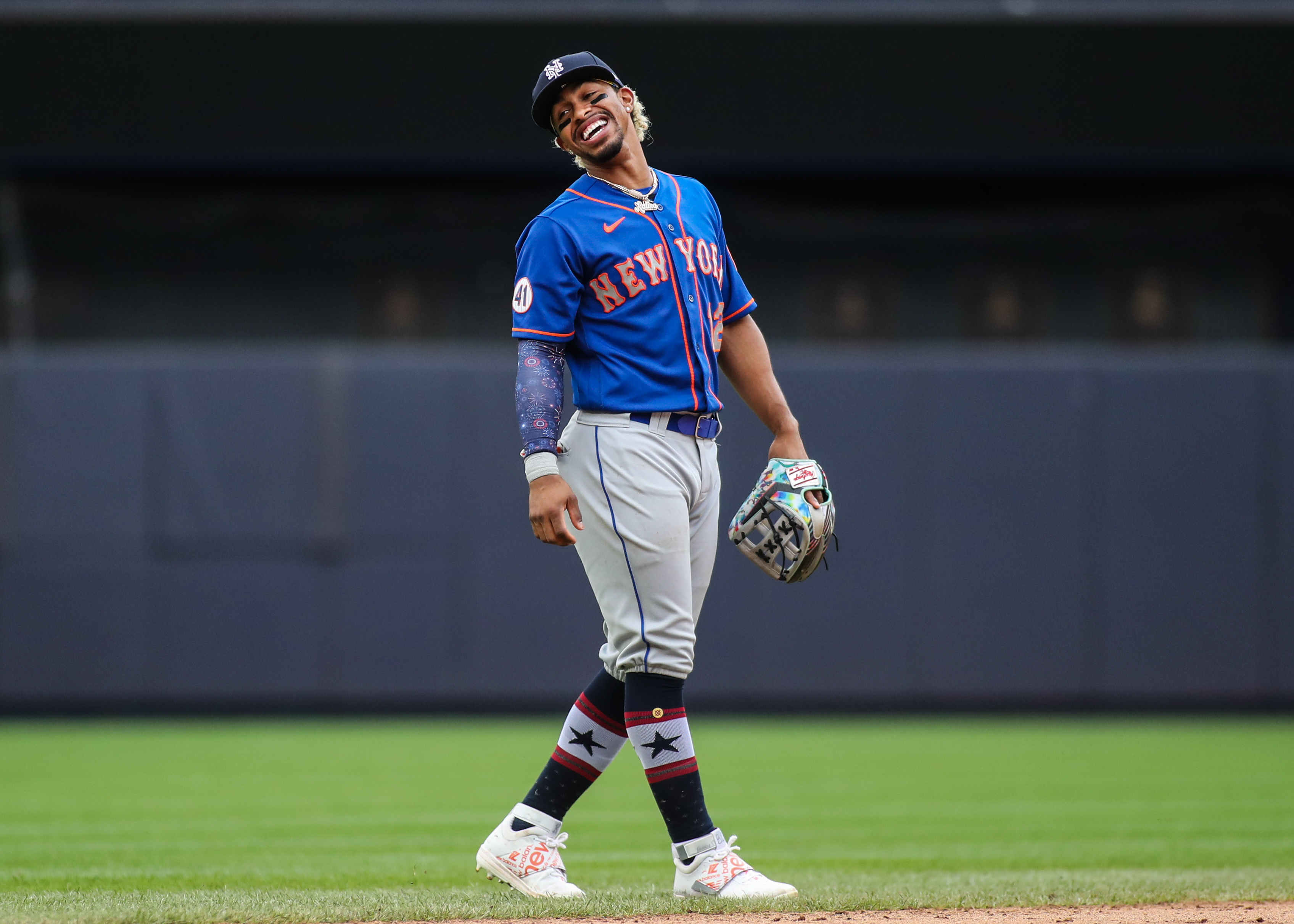 The New York Mets are set to begin the second half of their season tonight against the Pittsburgh Pirates and the stakes couldn’t be higher. The first half went well for the Mets, who hit the All-Star Break in first place for the first time since 2007. Mets’ fans know all too well how that went so they are hoping their team can reverse that curse and get back to the postseason as division champions. Let’s take a look at five big questions that the Mets need to answer in the second half to determine how they will fare over the final two and a half months of the season.

A big reason that the Mets haven’t been able to separate themselves from the rest of a mediocre National League East has been their mediocre offense. The Mets have scored the second-fewest runs in the league at this point due to a combination of injuries and poor performance from players like Francisco Lindor and Michael Conforto.

The health has improved for the Mets but they need their stars to start performing up to their potential now. If the Mets’ bats can’t get going it will be very difficult for them to pull away from the pack and make the playoffs.

2. What will the Mets do at the deadline?

There is no question that the Mets will be buyers but it remains to be seen how aggressive the front office will be with this year’s team. There are clear needs in both the starting rotation and bullpen while the offense could use a boost at third base.

The Mets have been linked to names both big and small but the argument can be made that landing a big slugger like Kris Bryant would do wonders for this team. Bryant can be a king-maker in the NL East if the Mets land him or he could cause them a ton of issues if he lands in Washington or Atlanta instead.

3. What can Carlos Carrasco give the Mets?

The Mets have a potential answer to some of their rotation problems on the mend as Carlos Carrasco works his way back from a hamstring injury. Carrasco is heading out on a rehab assignment but may only stay there for a start or two if the Mets opt to finish stretching him out at the big league level.

There has never been a question of Carrasco’s ability since he was a tremendous pitcher for the Indians, making his addition in the Lindor trade a pleasant surprise. The Mets have gotten zero return on that portion of their investment thanks to Carrasco’s injury but if he can resemble his old form by mid-August their rotation could be very dangerous.

4. Will anyone else in the NL East give the Mets a challenge?

A big reason that the Mets have been able to maintain first place in the division is the collective underachievement of the rest of the teams in the NL East. Atlanta has been hurt a lot by injury and has underachieved, Philadelphia’s bullpen has cost it plenty of games and Washington is a top-heavy bunch that lost one of its biggest bats in Kyle Schwarber while getting next to nothing from Stephen Strasburg and Patrick Corbin this season.

The Mets have already played four series each against the Braves and Phillies while they have seen the Nationals three times, limiting the potential damage each of those teams can do head-to-head. If one of those teams gets hot, however, the Mets will have to actually work hard to win this division.

5. How do the Mets handle the pressure of a pennant race?

Aside from Lindor and a handful of others, there are very few Mets with meaningful experience in a playoff race. The closest experience that the Mets had recently was in 2019 when they made a spirited charge up the standings in August only to see their hopes dashed when they suffered a brutal six-game skid at home against the Braves and Chicago Cubs.

These Mets have an advantage of playing from the lead but they still have to pick up a significant number of wins to get into the postseason for the first time since 2016. This group has demonstrated a ton of moxie all season long and time will tell if it will help guide these Mets through the dog days of summer and into the thrill of October baseball.