Don't Mind The Dark Clouds, They're Part Of The Family 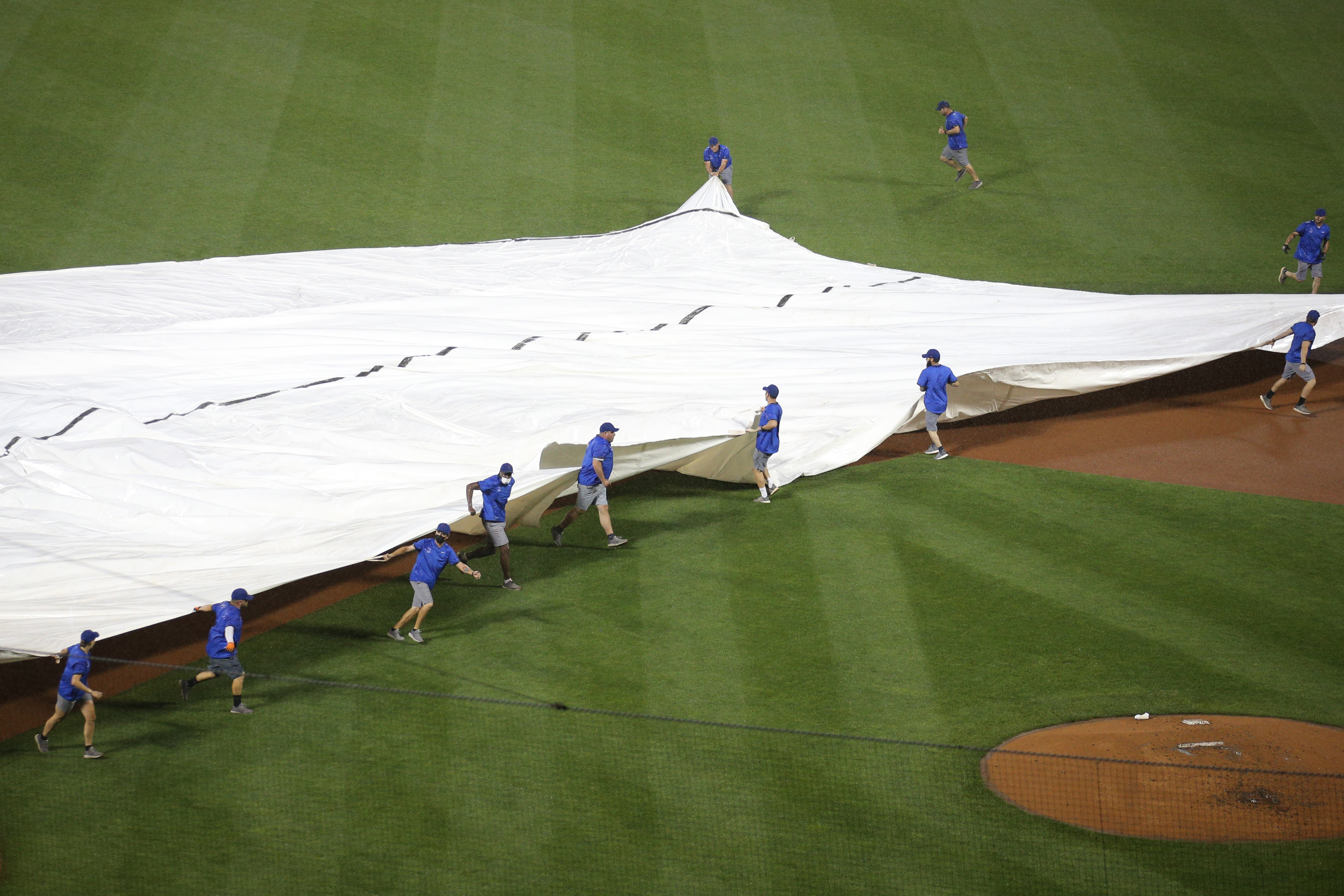 Don't Mind The Dark Clouds, They're Part Of The Family

The Mets badly needed to come out of the gates firing against the Nationals on Tuesday night after losing three of four to the Marlins and getting swept by the Phillies. Instead, they were down 3-0 after three batters against a team that has basically put up a “closed for renovation” sign for the rest of the season.

They got one back on a Dom Smith double, but he was caught wandering the bases after a wild pitch caromed back to the catcher, and Smith was a dead duck. (Note: He avoided the tag but was called out for running an inch out of the baseline, and I swear that I have seen more egregious baseline interpretations called as good plays, and I’m certain that this is the one call that the Mets get screwed on constantly, but that’s another blog post for another time.)

And then the dark clouds that were figurative became literal and dumped a bunch of rain on Queens and suspended the game. We can’t even root for rain to wipe out a portion of a game anymore. And we also can’t have closure on a game and “put it behind us.” No. For the next 16 hours or so, the Mets are losing 3-1. It’s a microcosm of the limbo that this franchise has become used to over the years. Losing, whether it be for hours and hours or years and years, is a stench that lingers around here like burnt microwave popcorn.

Speaking of popcorn, get it ready. Because before the game, Zack Scott held a news conference which was presented as his normal start of homestand news conference. As it turns out, it was anything but …

Zack Scott: “We’ve played very mediocre baseball for much of the year.”

Zack Scott followed up with: “This recent stretch has been much worse than mediocre. We would’ve taken mediocre at this point. For this stretch it’s been unacceptably bad and we need to be better. But we’re not going to panic, because you can’t do that in this game.” https://t.co/i5HoA362HL

Compliance issues? Will the players have to watch a training video with a quiz at the end?

Without saying it directly, Zack Scott seemed to say that, in some cases, players haven’t followed plans given to them. He later talked about how it’s a “partnership” between the Mets’ staff and players. https://t.co/oiVUNdq3Js

“I’m not saying that to vilify players,” Zack Scott said.

He said sometimes, we all forget to take care of ourselves. Even those of us who aren’t athletes.

“At some point, you’ve got to take care of that responsibility,” Scott said. https://t.co/2NR1FB7JBU

Fascinating stuff here, and it’s going to have some ramifications. I have thoughts:

First off, the timing of this is hysterical. Over the previous weekend, we’ve heard Luis Rojas talk about how special this group is, and how he doesn’t want them looking at the standings because “it’s not healthy”. Of course, this line of thinking was bound to filter down to the players, and it manifested in Pete Alonso’s “smile, we got this” newser. Pete came from a genuine place with this, and how else is he going to think if he has the manager telling him and the rest of the team how special a group they are at one game over .500.

But that’s why managers are hired now, right? Because they can communicate with the players effectively, which in some cases means telling them what they think the players want to hear. And that’s fine, because that’s where the evolution of the game has gone, right? If somebody is critical, it blows up on social media and gets scrutinized to death, so I get managers wanting to avoid that extra distraction in this modern world. But somebody had to be the bad guy here, and Scott was that bad guy. I don’t mind it because I think this team needed a bit of reality. I would have settled for Rojas telling them that it’s okay to look at the standings, but Scott calling them mediocre and questioning their hydration habits works too.

And on a tertiary note, it’s funny how the “bad cop” role in baseball has shifted from the manager to the general manager. Again, merely pointing out the evolution of the game. Managers used to construct lineups and flip over buffet tables. Now it’s the general managers that do it. (Well, they don’t really flip buffet tables. Maybe they’ll throw a chair every once in a while, but never a buffet table. They just have passive aggressive news conferences.) 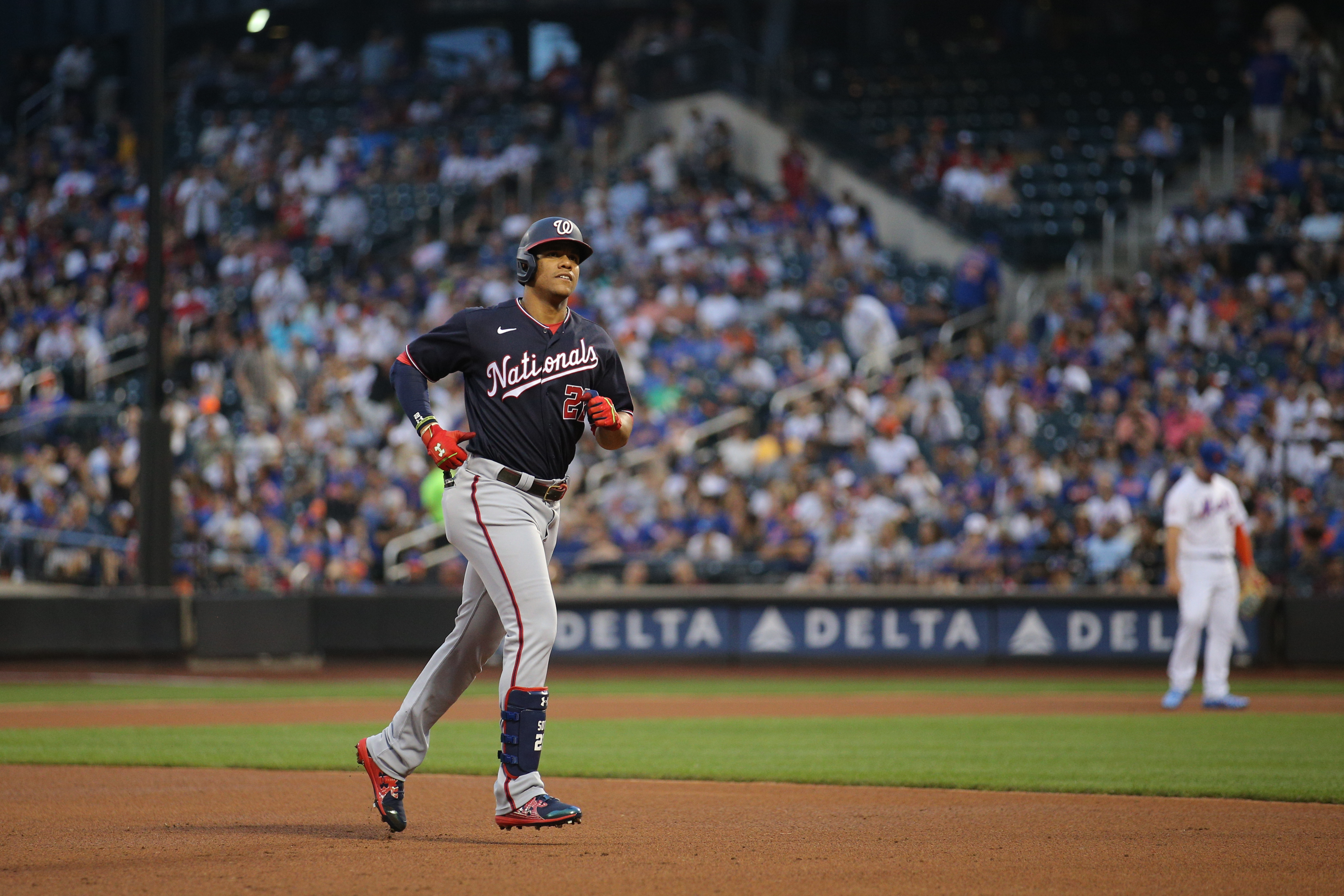 The other thought I have is that if these thoughts that Scott had don’t have the desired effect, which I’m guessing would be that the players start drinking water and stretching properly and go on a 20 game winning streak that propels them to the World Series, then this is a hint as to how different this team could look come 2022 (if there’s a season in 2022.) However you want to look at it, shots were fired by Scott. Part of it was mind games, I’m sure, but I’m also sure that these reflect some real thoughts that he has. If he thinks this team is mediocre, and they stay mediocre, then there will be changes this winter.

Many think that there weren’t enough of those changes at the trading deadline, and that’s more than fair. But if Scott makes it to the winter, and I think he will, I think he’ll have the confidence to do what he truly wants with the team, good or bad. If his comments were veiled shots at certain players, then those players will be gone. And if it was a veiled shot at Luis Rojas , then he’ll be gone too. I’m not making any sort of specific predictions either way, but I do think that the 2022 Mets might look more different than you have ever imagined.

The rest of the list has been suspended due to rain.