Friends ... Ones You Can Depend On 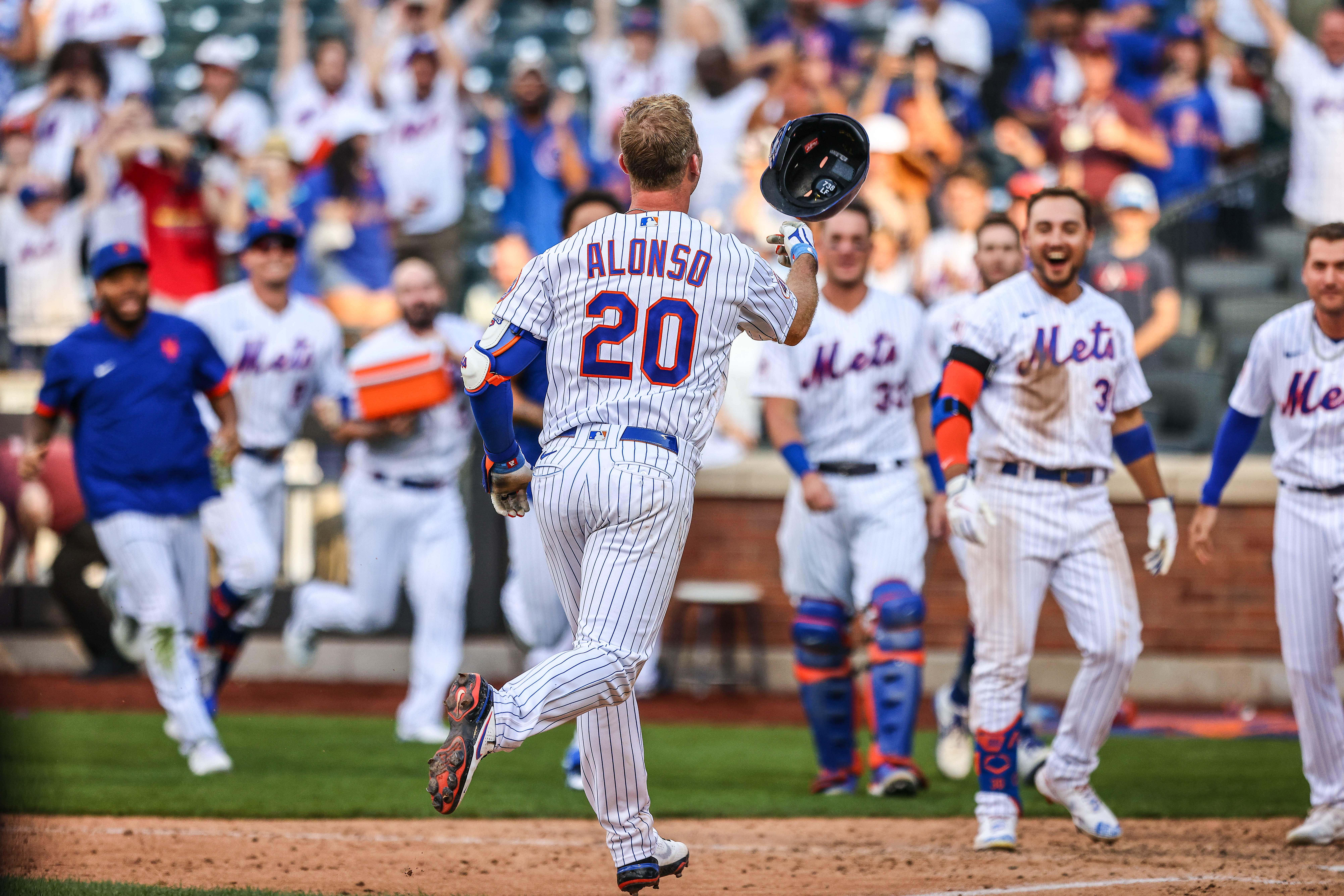 Friends ... Ones You Can Depend On

The Mets did what they had to do.

It’s really that simple, yet the Mets have a history of making the simple complicated. Brandon Nimmo’s four RBI and Marcus Stroman being money for 5 and a third led the Mets to a 4-1 victory. Then in Game 2, Trevor Williams made his Mets debut and threw 4 and a third for quality, and a two run HR by Jonathan Villar should have led them to another 4-1 victory. But Trevor May came in and loaded the bases before being pulled for Jeurys Familia, who threw a wild pitch and gave up a two run single to Andrew Stevenson to tie the game, and it looked like it was going to be one of those games.

But Pete Alonso’s rain bringing walk-off home run gave the Mets a 5-4 win, and all I could think of was the Corona commercial where Snoop Dogg is giving away beers and Whodini’s Friends is blaring in the background.

PICKED ME UP HUGE AND THATS ALL THAT MATTERS.

So now comes the hard part: 13 games against the Dodgers and Giants, with six coming at home and seven on the road. In seasons past, I’ve put out road maps to the playoffs when the road becomes clear. Usually, I map out to the end of the season, but I honestly think that this is even more simple than that. I’m only looking at the 13 games against Los Angeles and San Francisco here. All I want?

If the Mets go 6-7 or better against the Dodgers and Giants over the next two weeks, I think they win the division. That’s the tough stretch that eveyone thinks dooms the Mets. Okay, play tough. Do whatever you have to do to win those games, even if you have to kidnap Cody Bellinger or lure Walker Buehler to the tight pants store to make him miss his start, get it done. I know that playing the Dodgers and Giants can make the Mets look like an amateur playing the Black Course at Bethpage for the first time. But I think this team responds.

And consider that over the same time period, the Phillies have three against the Reds, four against Arizona (three on the road and one at home), three at San Diego, and two at home against the Rays. Not a cakewalk by any means. The Braves, meanwhile, have three in Washington, three in Miami, and three in Baltimore before two at home against the Yankees (and then for some reason, two days off). Yeesh, but the weaker opponents are all on the road. If the Mets can somehow stay close to Atlanta (maybe they go 7-4 during that stretch and the Mets only lose a game and a half), then the Mets can take advantage of a paltry schedule the rest of the way. 6-7 keeps them in. 7-6 keeps them in solidly. The rest of the chips can fall where they man. Give us 6-7, and I think it’s in their hands.